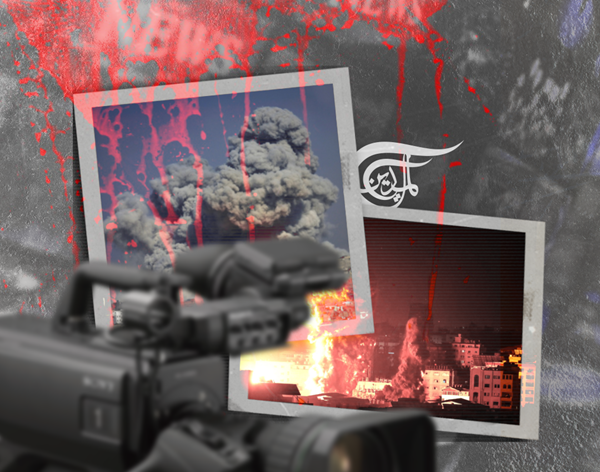 Western news reporting on Palestine prides itself on keeping it professional, yet any media critic worth their salt can easily expose the pro-Israeli 'Doublethink' operating behind the smokescreen of journalistic neutrality.

"Journalists must be impartial - on the side of those who suffer."

To me, these words by the late veteran journalist Robert Fisk (1946-2020) constitute one of the most trenchant deconstructions of the hypocritical nature of Western journalism: one that prides itself on its impartiality, but has no scruples in shedding its self-congratulatory professional ethics like a snake sheds its skin when political expediency demands it.

And nowhere does political expediency define the raison d'être of Western journalism and does impartiality reveal itself as a greater hoax, nothing more than Eurocentric hubris, than in the reporting of what conventional wisdom (which is all to often more ignorant than it is wise) has dubbed the "Israeli-Palestinian conflict."

This geopolitical coinage has been cleverly designed to obscure "Israel's" sole culpability by re-apportioning blame, against all factual realities and dictates of decency, to the sole victims, the Palestinians. In doing so, the pro-Israeli media artificially creates a level playing field in the narrative as compensation for the lack of a level playing field in the real world.