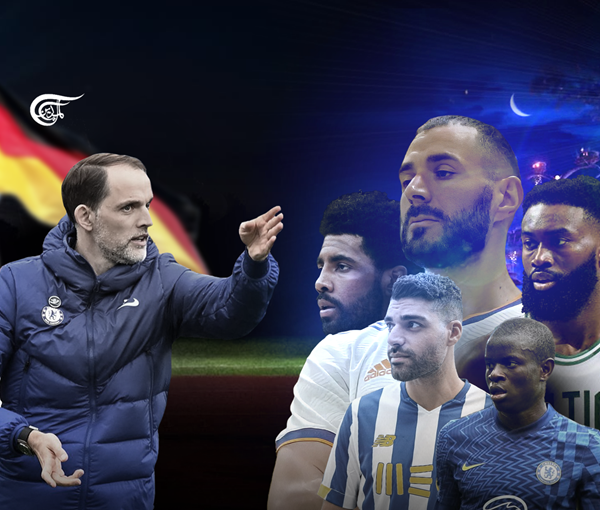 German sports pundits attribute any less than perfect performance of a Muslim sportsperson during the Holy Month to fasting, while denying extraordinary achievements by fasting athletes their due respect.

There are two annual occurrences during the month of Ramadan that are so reliable in their probability that they will happen that you can set your watch to them: Israeli occupation forces storming the Al-Aqsa mosque in occupied Al-Quds and bombing the Gaza-Strip, and white German sports pundits finding a way to denigrate the faith of 1.8 billion followers of Islam by attributing a decline in athletic performance to fasting.

This year, the prime target of this seasonal brand of socially accepted Islamophobia has been French football player N'Golo Kanté of English club FC Chelsea, one of the best defensive midfielders in the world, and whose relatively weaker performance than usual during the first leg quarter-final match against Spanish side Real Madrid in this season's Champions League was blamed on his observing Ramadan. By who? None other than his German manager, Thomas Tuchel.

"[I]f for many days you don't drink or eat it can have an effect," said the 58-year-old after his team lost 1:3 on their home turf at Stamford Bridge in early April. Just in time for this year's Holy Month, white German sports pundits, as embodied by Tuchel, once again underwent vocational re- training from football aficionado to nutrition expert. In their traditional Eurocentric hubris, they seem to think that they know better than the adherents of a world religion who have been practicing the central pillar of their faith that is the fast for over a millennia.

Tuchel, who is known for his radical notions regarding dietary regimens and his utter disrespect for boundaries in enforcing them (during his stint as manager of Paris Saint-Germain, French media claimed that Tuchel had demanded from midfielder Marco Verratti the latter should lose weight, prompting a justifiably disgruntled Verratti to voice his intention of transferring elsewhere), is one to talk: German news magazine Der Focus once commented on Tuchel's skinniness with the words "Is this slim or simply unhealthy?" And given his signature pallor one could argue that the "Tuchel- diet" (sport.de) is diametrically opposed to a balanced food intake.

The Chelsea manager's career often seems like a time-delayed one of Liverpool FC coach Jürgen Klopp, the former on more than one occasion following in the footsteps of his German compatriot (coaching the former Klopp clubs FSV Mainz 05 and Borussia Dortmund in the German Bundesliga, then following him to the Premier League, albeit with a detour in Paris).

German media have even gone so far as to call him a "Klopp clone." Yet when it comes to "wokeness" and cultural sensitivity, Tuchel and Klopp are worlds apart. When in the past the British sports press tried to link the performance issues of his Muslim players to their observance of Ramadan, a loyal Klopp threw himself in front of them like a human shield by saying:

"I have no problem with my players fasting. I respect their religion and they were always amazing whether they were fasting or not. There are days when [Sadio] Mané and [Mohamed] Salah come late to the dressing room because they were praying. There are many things more important than football."

With his insensitive and textbook liberal Islamophobic comments directed at Kanté, the sore loser that is Thomas Tuchel (Chelsea has since been knocked-out of the tournament), has proven to the world that he views Klopp's last sentence slightly differently and that when it comes to decency, empathy and loyalty, the "Klopp clone" still has a lot to learn from original Klopp...