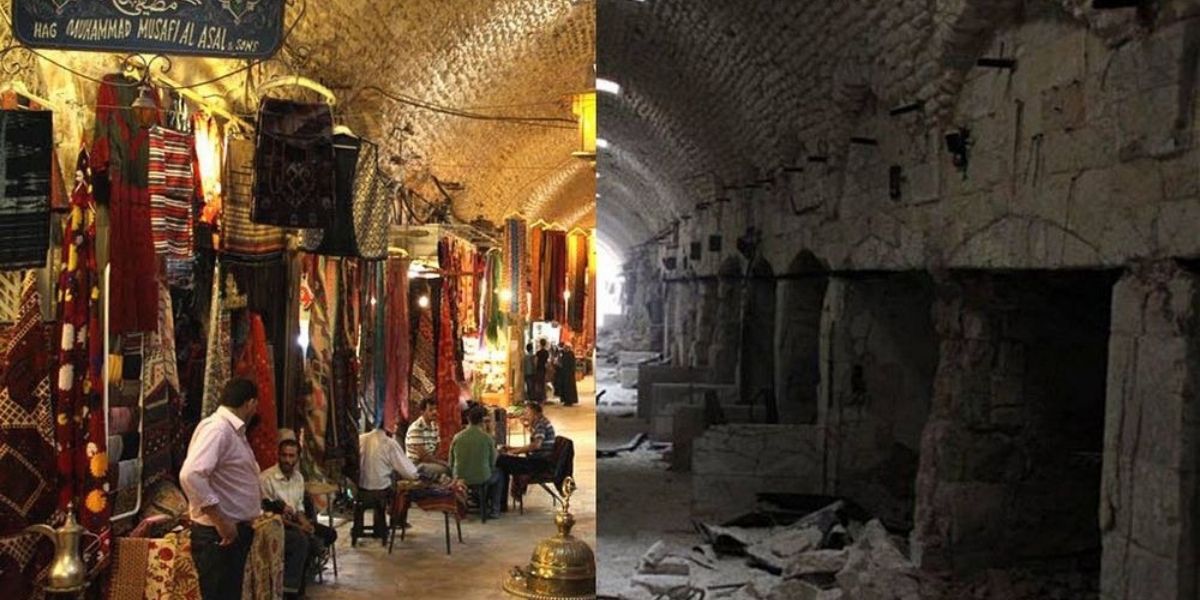 Memory making is usually initiated the conclusion of a historiographically relevant event or period: the statue that glorifies the valiant fighter of a bygone battle; the natural history museum that brings to life extinct animal species; the memorial that warns against the repetition of war and genocide.

Between November 22 2018 and April 30 2019, the renowned Museum of Islamic Art (MIA) in the Qatari capital of Doha memorialized a country that still exists and with which we are all familiar with, albeit for all the wrong reasons: since March 15, 2011, Syria has been experiencing a continuous civil war that began as part of the wider Arab Spring protests and - a decade later - has mutated into a multi-factional hodgepodge of domestic and international belligerents fighting the Baa'thist government of the Syrian Arab Republic and each other in a variety of constellations.

The catastrophic result both on the ground and in a metaphysical sense: large parts of the country have been destroyed and Syria has been reduced to a metaphor for war and human suffering. Ask anyone - especially in the Western world - what the first thing is that pops to mind upon hearing the word "Syria" and there's a pretty good chance that person will say "war."

Countering that reductionist narrative of a country which was once a center of Islamic civilization: that was the aspiration behind a special exhibition aptly titled "Syria Matters", hosted on the ground floor of the architectural marvel that is the MIA, at a time before the ongoing COVID-19 pandemic would completely shut down cultural life around the globe. Designed by celebrity architect I.M. Pei, it is always a pleasure to stroll through the hallowed halls of this peaceful haven, and I had the privilege of catching this particular exhibition while on vacation in Qatar two years ago.

This museum's counter-narration brought to life the long and rich cultural history of modern-day Syria with a mixture of classic presentation and modern infotainment, with over 120 exhibits, half of them international loans from Western capitals like Berlin, London, and Paris, on display (for the sake of accuracy it should be pointed out that it is not a case of serendipity that former colonial powers are in possession of historical artifacts originating from the Middle East and Africa, but an act of Western state-sanctioned organized crime)...