E Pluribus Bellum: Why the War-Loving Democrats Are No Better Than Republicans - TMV 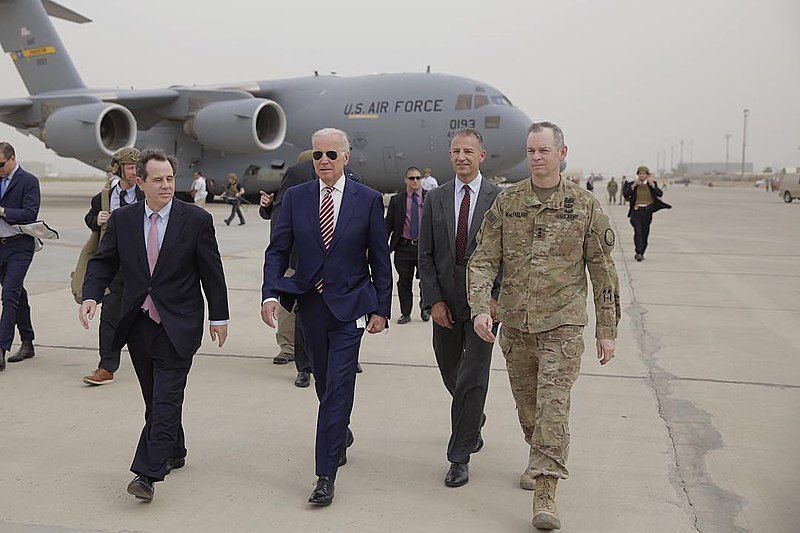 I am not a big fan of internet memes, but a few days before the U.S. elections I came across one on my social media feed that was brilliant. The post juxtaposed two identical images of a fighter plane dropping bombs, with one image captioned "Republicans" and the one next to it captioned "Democrats."

The only distinction between the two: the livery of the latter plane had an LGBTQ rainbow flag on its rudder, while a Black Lives Matter logo in the style of the black and white Parental Advisory label and the words "Yes she can" were emblazoned across the side of the fuselage.

Little did I know then that this exquisite critique of U.S. foreign policy would be verified so soon by the Biden Administration's opening salvo in what promises to be a deliciously bloodthirsty presidency: last Friday, Joe Biden authorized military airstrikes in Eastern Syria against what the media calls "Iran-backed militias", killing upwards of 17 people, as several local sources told Reuters news agency.

To those who are surprised and feel betrayed: don't. This was highly foreseeable: Joe Biden, a person who finishes off most of his speeches with his signature "God protect our troops", has made no secret about what America is about in general and his presidency will be like in particular: driving the country's war machine at full throttle...