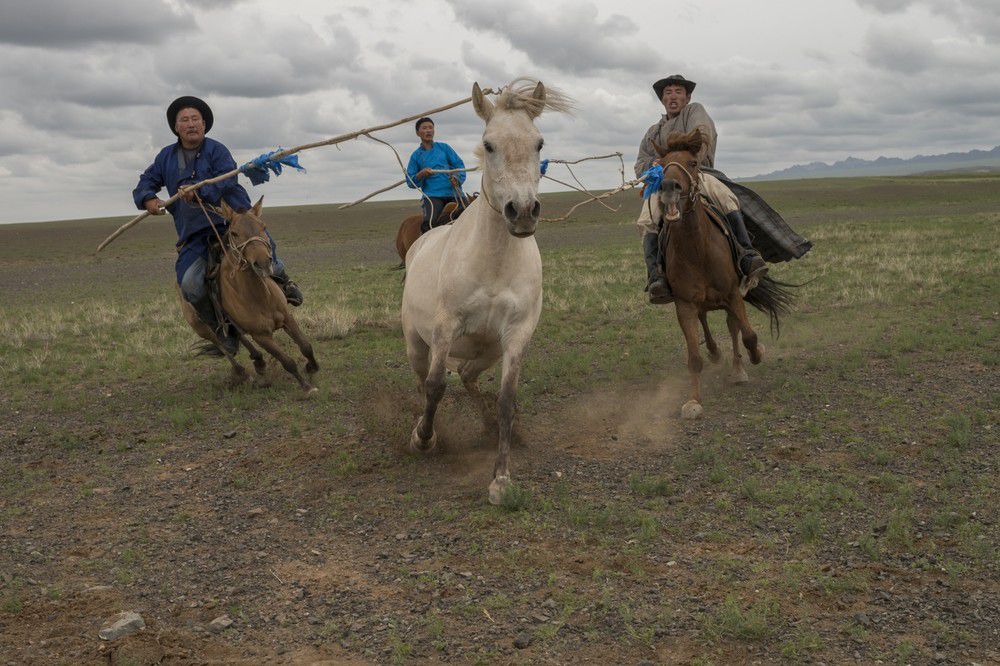 MONGOLIAN DISCO. A rush for natural resources like coal and gold has filled pockets in Mongolia, one of the fastest-growing economies in the world. But the country is also facing rising inequalities.

A city in transformation. Genghis Khan, 800 years of nomadic culture, a country four times the size of Germany with less than three million inhabitants, a boom in the mining industry and a capital city growing in leaps and bounds – all this is Mongolia. Soon half the population will be living in Ulan Bator and I find this extreme development hard to comprehend. The evolution from a nomadic to an urban society has happened at incredible speed: in only a dacade cars have increased threefold, the number of inhabitants from 700,000 to 1.2 million, with the worst recorded levels of city pollution anywhere, and sky scrapers springing up christened with names like Central Tower and Blue Sky Tower.

As a result of the boom in natural resources, a new class of super-rich has emerged, similar to the oligarchs in Russia, but with the significant difference that Mongolia’s super rich prefer to remain in the background. During the extremely harsh winter of 2010, nearly one-quarter of all farm animals died and the price of meat doubled. In the city, all prices are on the rise. The loss of green pastures as a result of the tough winters, coupled with the shortage of water caused by mining, have forced many nomads to migrate to the capital with two-thirds of the population living on the outskirts in massive yurt districts. Countless coal-burning stoves pollute the air, representing an enormous health hazard, and the gap between rich and poor is growing, the numbers of homeless people increasing, and unemployment is high.