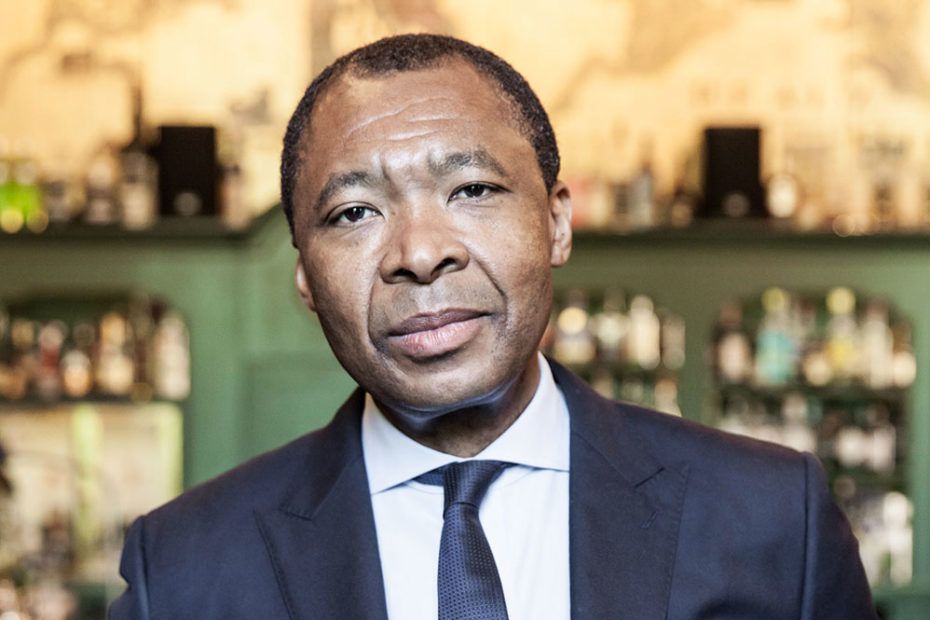 Okwui Enwezor is arguably one of the most influential contemporary curators, someone who has been challenging the status quo of the Euro-American-centric art world by presenting perspectives from diasporas and lesser-known regions of the world for decades.

While many museums compete for "blockbuster" shows that aim to draw crowds, his exhibitions offer an alternative proposal as spaces for intellectual encounter and contemplation. As one of only two curators to have directed both Documenta and the Venice Biennale, he brings an international perspective to Munich. Putting the city on the world map of art as director of Haus der Kunst, he currently presents "Frank Bowling: Mappa Mundi." The overview looks at half a century's work done by one of the most important contemporary British painters, who explores personal memories and history through abstraction. Okwui Enwezor spoke to Companion about his approach to curating, relations of power in the world of art, and his current hometown, Munich.

What made you show Frank Bowling's work at this point of time?

Okwui Enwezor: Frank Bowling is 83 now. As he looks back at a fruitful career that is not as well known as it should be, I thought it was important to mark this moment with an exhibition that explores the scope of his career and the artistic determination that propelled him from New Amsterdam in British Guyana to the center of contemporary art in London in the late '50s and '60s. However, his mature career took shape in the United States in the late 1960s. The point of departure for the overview are the map paintings from the sixties, as they constitute the leap off point of his practice from figurative to abstract painting. The map paintings have representational and cartographic qualities; they are both abstract and concrete. In them is the concept of worldliness that has been the preoccupation both of his work and those artists of the postwar/postcolonial period who were moving between cultures, countries, and political systems. Bowling approaches the world in a nuanced and historically inflected manner through these paintings. They inhabit different strands of history, from migration to the height of the civil rights movements in the United States.

The most commonly used world map, the Mercator projection, is in truth not an accurate representation of geographic reality. Is this distortion, which makes Europe and North America appear bigger, a concern for Bowling?

Through one of his very important paintings, "Middle Passage," Bowling tried to establish the relationship between South America and Africa, the Caribbean and North America as well as Europe and Asia, as a way to examine the complex mappings of black identity in the New World, from the historic passage of slavery to the broader idea of migration in the movements of people. In the context of those migration streams, "Mappa Mundi" is very much suggestive of broader questions about the representation of the world and how that representation, visible also within the distortion of commonly used maps, created issues of power, hierarchies, and domination - even if it's not necessarily related to what the exhibition wanted to explore. The present political moment is a reminder of why art cannot be isolated from the everyday experience.

Curators of modern and contemporary art increasingly opt for exhibitions that address current political and social fields. What does a work of art mean within the political context?

I'm very interested in politics, but in a much more complex way than just for the sake of the subject itself. Aside from global issues, we have political processes that relate to institutions and forms and ideas about power and representation. The present political moment is a reminder of why art cannot be isolated from the everyday experience: Artists see things, they reflect upon them and try to find ways in which their ideas and art can explore the eternal conundrum of the human condition. Politics have an impact on the way in which we perceive the world, and I'm interested in the complexity and relations between art and the world it inhabits. But my work is really not only about the political. There are constant negotiations between the different attitudes and concerns of an artist. One cannot simply invent politics into the work of an artist.

Bowling once said, “it seemed that everyone was expecting me to paint some kind of protest art out of postcolonial discussion,” and he disliked being labeled a Caribbean artist.

He was born in Guyana, South America. Being African, I can tell you that I have a direct experience of how people project their own thoughts and perceptions onto what I do and what I don’t do. Bowling came of age at a moment when it was very difficult for artists of color to get their foot in the door of institutions. What people of color had to say at the time was not valued, it was not seen as relevant, or as part of the bigger story. And those who got through the door sometimes wanted to escape the label.

Did Bowling escape it?

No. He might have desired not to be labeled. That’s what we all desire. All humans want the complexity of all that we represent to be explored. But you are not in control of how others perceive you. Still, he proceeded to make the kind of work that he did because he was first of all very much interested in what an abstract painting could be. He wanted to master the domain of painting and he did it in a fantastic way. I don’t see people asking a white artist this question and it’s becoming very tiring and almost offensive for me to talk about it.

But do you think we have really overcome this discourse, or is it still a relevant matter?

It’s not a matter to me. It’s a matter to those who ask the question and it’s not my goal to create a process of conversion. I’m not personally interested in feeding these kinds of representations or perceptions. I place Bowling next to a generation of West Indian and Caribbean thinkers, figures like the Nobel laureate Derek Walcott, or Édouard Glissant. These are artists and thinkers who inhabit a historical and discursive field that is of great scope and whose ideas exist within philosophical and cultural traditions. I would like for those to be explored, not the kinds of reductive ideas centered on who Bowling is and whether he’s black or white.If we have an open mind, Western art doesn’t have to be seen in opposition to art from elsewhere.

Do you think your curatorial work, which often sheds light on art from lesser-known regions and intellectual schools, contributes to a certain kind of education through the institution of the museum?

A new generation of curators and museum professionals with different fields of knowledge is emerging. Maria Balshaw, the new director of the Tate in London, has made exhibitions on contemporary African art. I hope these people will give institutions the opportunity to think about how to complicate the narrative of societies with colonial affiliations, which necessarily are mixed societies. If we have an open mind, Western art doesn’t have to be seen in opposition to art from elsewhere, but can be seen in a dialogue that helps protect the differences and decisions that present the material, circumstances and conditions of production in which artists fashion their view of what enlightenment could be.

What do you think about the impact of an exhibition like “Mappa Mundi” in a city like Munich that is considered rather culturally conservative?

Fundamentally, we’re a global institution of contemporary art. We hope to explore the different genealogies of contemporary practice and introduce our public to new subjects, artists, and ideas, because we know they have an open mind and are interested in learning. In Germany, contemporary art is very challenging because art, especially what I call legacy art like operas or theater pieces, is taken very seriously. It’s one of the challenges that we take on board in designing programs that enable our public to have a deeper immersion in the kind of practices that we show.

Okwui Enwezor was a Nigerian curator. He was the director of Haus der Kunst and had the distinction of directing both Documenta and the Venice Biennale and is considered one of the greatest living authorities on art.