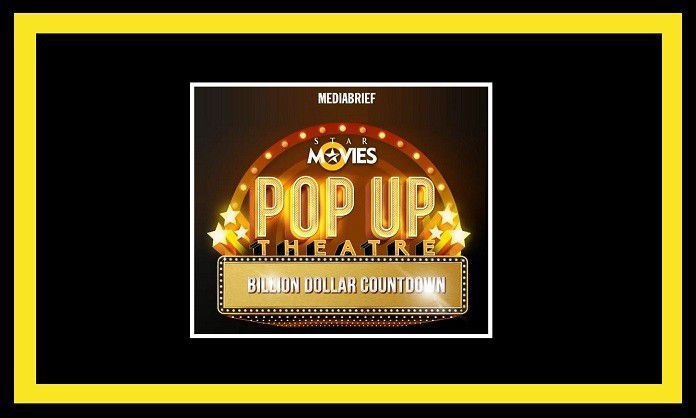 The Independence Day holiday that’s close to the weekend has had TV channels and streaming platforms announcing a film here, a show or a couple of web series there. So Star Movies has come in and thrown the kitchen sink at movie lovers – spectacular superhits with box office collections of more than $US8.5 billion.  In Star Movies Pop-Up Theater - Billion Down Countdown, which rolls out on Star Movies and Star Movies HD 16th to 18th August, 3 pm onwards.

With titles like Titanic, Marvel Studios’ Avengers: Infinity War, Deadpool 2, Logan, Independence Day, War of the Planet of the Apes, Thor: Ragnarök, Night at the Museum and Iron Man 2.

Marvel’s Avengers: Infinity War was one of the most anticipated movies of 2018 as it started the culmination of the MCU Phase 3 and brought together characters from more than 20 movies together. Thor:

Ragnarok was the introduction of New Zealand’s renowned filmmaker Taika Waititi in the Marvel Cinematic Universe. With a bold style of movie making and pragmatic approach to characters, his directorial was loved by Marvel fans across the globe. Also, he reprised the role of Korg in the film that was added in Avengers: Endgame as well. Marvel recently also announced Jane Foster as the female Thor in their phase 4 movie Thor: Love and Thunder.

The Pop-Up ends with one of the timeless love stories of the generation, Titanic which grossed over $US2.1 billion worldwide and is the third highest-grossing movie of all time.