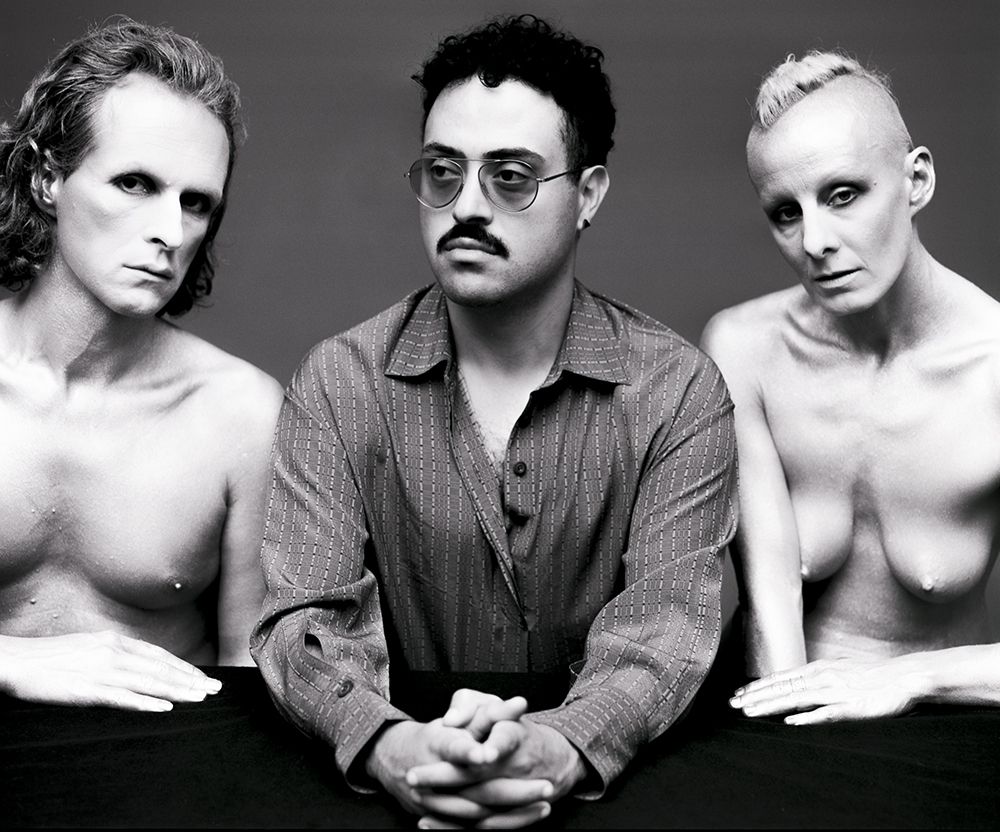 Beyond the mainstream, beneath the surface and maybe outside the norm, Yony Leyser is fascinated by being different, by embracing non-conformance. His movies deal with punk, self-discovery, hedonism, love and resistance - and the feeling of being against something.

Yony Leyser grew up in Chicago, where he studied writing, filmmaking and the dramatic arts, going on to start his career as a director at an early age. At 26 he finished his first feature-length film, William S Burroughs: A Man Within, which included appearances from icons such as Iggy Pop and Thurston Moore of Sonic Youth.

In 2010, Leyser moved to Berlin and dedicated his next movie, Desire Will Set You Free (2015), to the ever-changing, vibrant German metropolis. Leyser believes Berlin has changed since he first got there - and that it has also changed him. The Forumist met up with him to find out what he thinks about transition and change, and why he believes hedonism is important to finding yourself.

How did Berlin change you? "I first visited Berlin in 2007 during a university programme. I went out to explore squats, queer parties, housing collectives, demonstrations, vegan restaurants, bike shops, parks and cruising zones. I was in heaven and somehow managed to complete my course at the same time. I fell in love with the queer scene here, with the public space, with the ability to meet diverse groups of people, often with non-conformist views and a desire to defy. I moved here permanently in 2010. The city has changed a lot since I first arrived, and so have I. I became a much more comfortable person here, which was due in part to being able to be around people like me, in a queer community with support from my friends, with basic human rights that the United States deny, like health insurance, public transportation, bike lanes and the ability to survive and thrive. My last two films were heavily influenced by the city of Berlin. Now that I am in my thirties, my priorities have changed and I have entered a new dimension professionally, which is more difficult here, but I'm getting there.

Desire Will Set You Free feels like an homage to Berlin. What fascinates you about this city? "The city of Berlin is the main character in the film. Berlin is a city of death and disparity, of rediscovery and rebirth, a city for the queer and demimonde, for the outsider and foreigner. I hope that identity remains. In Desire Will Set You Free we were trying to preserve this identity. Together with my producer Paula Alamillo, we set out to document all our friends and various nightlife icons, and the venues where we used to hang out before they disappeared. We wanted to pay back the city for all it did for us. The film was largely improvised and everyone played themselves. It features the who's who of Berlin and I hope it will serve as a time capsule or yearbook of the 2010s."

How would you personally describe hedonism? "I guess it's the pursuit of pleasure and the here and now."

You chose to play Ezra, the main part in Desire Will Set You Free, yourself. How much of Yony was in this character? "Ezra was a mix of me and some friends of mine at that time. I chose to play the character because everyone else was playing themselves and there was so much improvisation that playing that role became a way of controlling the scenes from the inside."

And what was it like acting and directing at the same time? "It was super-difficult. I am really happy that I did it and I think it made sense for Desire but I don't think I would do it again."

Desire Will Set You Free deals a lot with hedonism, sexuality and self-discovery, topics you won't find in many mainstream movies. Why do you think they're still taboo/niche topics? And how would you like to change that? "With films, funding usually goes to ideas that are safer, those that are considered safe investments. The really wild people with hot ideas rarely jive with the funding and production elements of making movies, but people are interested in seeing those things. I am so lucky to have my films supported by German film funds and I hope they will continue to take more risks with films covering these topics and include more minority voices."

What are you hoping to change in people's minds with your work? "I don't know if I want to change people's minds. Rather, I strive to portray under-represented communities and to creatively document interesting moments in recent history."