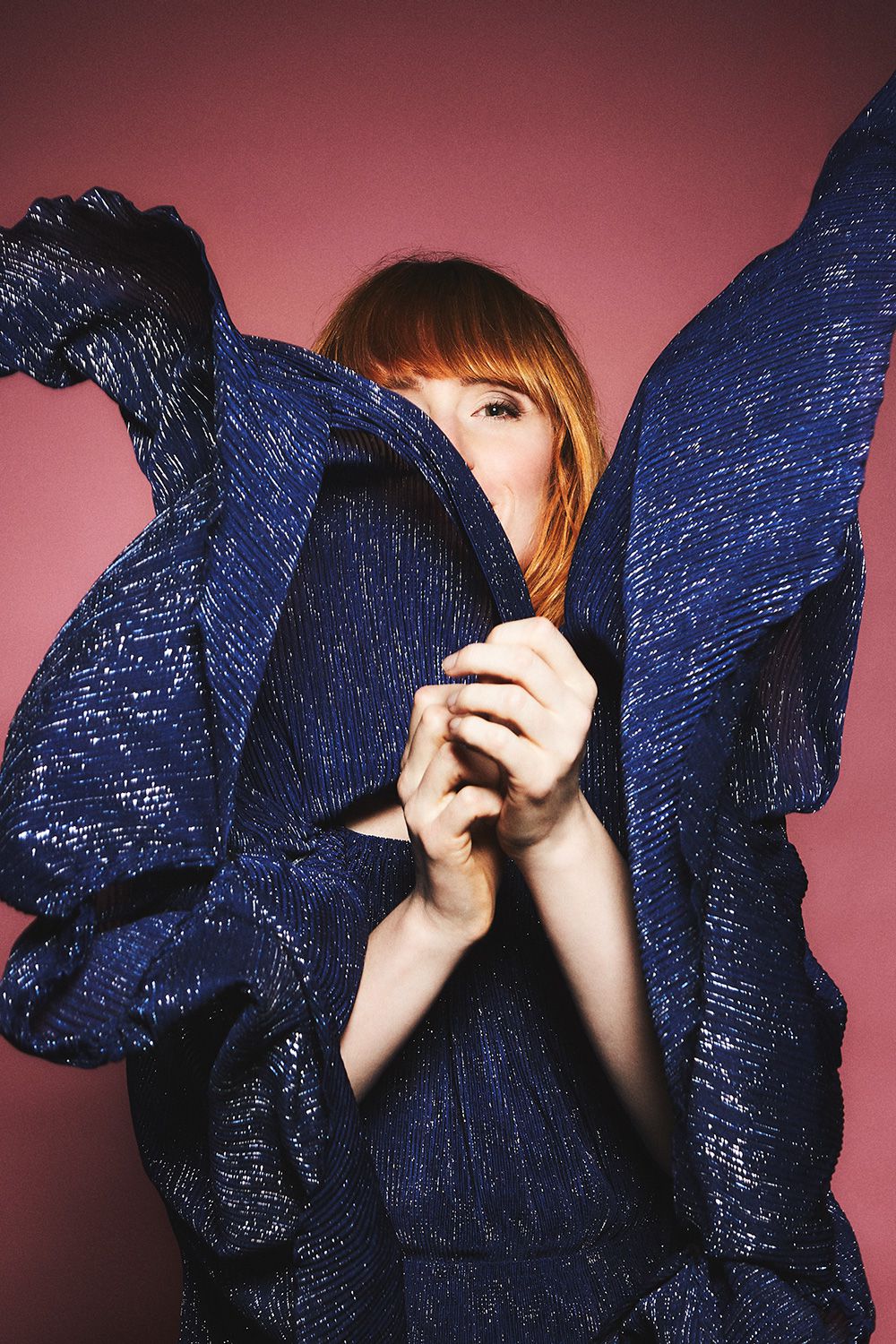 Columnist, author, performance artist... meet Rhyannon Styles who, more than anything else, is an inspiring, warm and brave spokesperson for trans people everywhere.

Rhyannon grew up as Ryan in a small village in England. "When I was a teenager, boys weren't allowed to have long hair. But I always wanted to grow my hair long and I also wanted to wear girls' clothes." She felt trapped because of not being able to express herself and the femininity she had within. "I wasn't particularly comfortable in a male presentation. Having a male body was OK, but I wasn't comfortable about the demand to be a man."

When Rhyannon was the little child called Ryan, she loved to dress up as a fairy. Suddenly she was herself. "It felt like, 'Oh, I can be that girl, that fairy, if I want to.' It was a sense of acceptance. I accepted myself."

At this time, Rhyannon didn't have any knowledge about what it was to be transgender or anything about transitioning. Transgender people were pretty much seen as outsiders - "They weren't accepted in society, they were hidden away," says Rhyannon. "They were sex workers or working at night clubs. They didn't have another position."

At the age of 18, Rhyannon moved to London. She describes this point in her life as a progression from being trapped in a cage to living with no boundaries: "Everything was possible. In my home town, gossip spread and everyone was watching each other. When I arrived in London, no one cared if I had blue or pink hair. It was very liberating."

Rhyannon became a club kid, wearing crazy dresses, shaving off her eyebrows and hair. The atmosphere was a complete contrast compared with where she had come from. She was able to be anonymous in London, and the possibilities to do what she wanted were endless. "It was how I discovered my sexuality and my gender identity," she says.

During her nights out, she saw more transgender women. "I realised they had done what I wanted to do," she says. But it wasn't until 2011, after watching a TV series called My Transsexual Summer, which documented the transitioning of trans people, that Rhyannon decided to take the next step. The show gave her a new perspective. "They were people my age, doing the same as me. I thought, 'I have to do this.'"

Rhyannon had already realised she was transgender, but prior the TV show she had felt ashamed about it. "In my early years, I was told that it was wrong. In London I pretended I was a boy. I had a boyfriend and had relationships as a gay boy. But I finally accepted that it wasn't making me happy."

So she decided to transition and, in 2012, she started her hormone therapy. "It was scary telling my friends, because I wasn't sure how they would react. But I also thought, 'Thank God, now everyone knows. Now I can start the process and enjoy myself.' I was moving forward." She changed her name from Ryan to Rhyannon and a process of learning began: "I realised the world would act differently when I had become the person I wanted to be, when I was finally recognised as a girl. I knew I couldn't behave as I did when I was Ryan."

A lot has happened since. Rhyannon is now a writer for Elle magazine. In her column, The New Girl, she writes about her life as a transgender woman. Last year she published the book The New Girl: A Trans Girl Tells It Like It Is. Her writing is open and honest. "When I was growing up, transgenders wouldn't be seen on TV. If they were, they'd be portrayed with a negative approach. Now, it's very important for me to let people know that being transgender is OK and that I'm a normal person. It isn't something to be ashamed of. It's very important to raise awareness - that's what encourages me."

Rhyannon advises, "Believe in yourself and try not to let other people's opinions about you stop you from being your actual self. Keep doing what feels good!" She smiles. No more words are needed.