Win-win situation at its finest 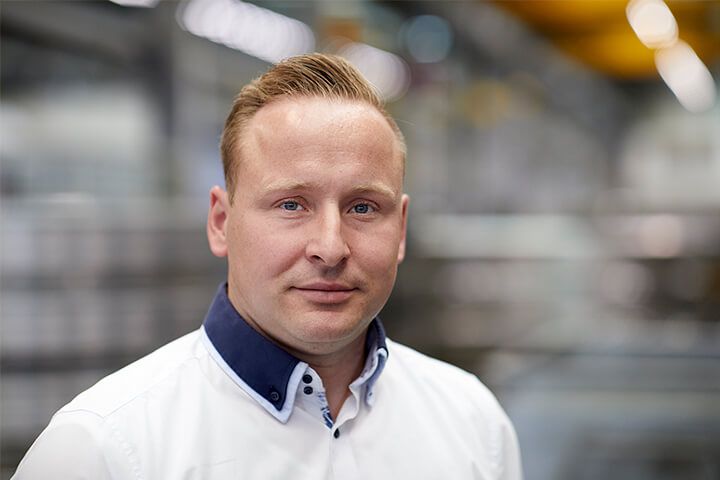 Dr -Ing. Mattias Töfke, thyssenkrupp rothe erde: “The great benefit is the programming and the ease of use.” photo: Ralf Baumgarten

Win-win situation at its finest

A manufacturer of slewing bearings and a machine manufacturer have been turning things to their advantage for decades: thyssenkrupp rothe erde® has been using Starrag machine tools since the 1980s, while Starrag in turn installs thyssenkrupp rothe erde® slewing bearings in its vertical lathes – for example, in the new Dörries CONTUMAT VC 6000/500 for Lippstadt.

“Flap, flap, flap”. In Sauerland, the wheels are turning smoothly at one of the many wind farms. But the sight is deceiving; it is not always this calm. In January 2007, the wind turbines even had to withstand Hurricane Kyrill, which brought gusts at speeds of up to 225 km/h. The constantly changing weather situation is highly demanding not only for the wind turbines, but also for the drive technology. For example, the slewing bearings must last 20 to 25 years, despite tough operating conditions that change constantly depending on the weather. Many manufacturers in the wind power industry rely on customised drive technology from the East Westphalia region. We are talking about thyssenkrupp rothe erde® Germany GmbH in Lippstadt. Only a few kilometres away from the wind farms in the Sauerland region, the company produces slewing bearings at what is probably the largest rolling bearing machinery park in Europe. The amount of machining is very high, as 20,000 tons of chips are produced. More than 350 machine tools handle turning, grinding, cutting and polishing.