Jóhann Jóhannsson - A User's Manual - Chapter 6: And in the Endless Pause there Came the Sound of Bees (2009) (Das Filter) - English 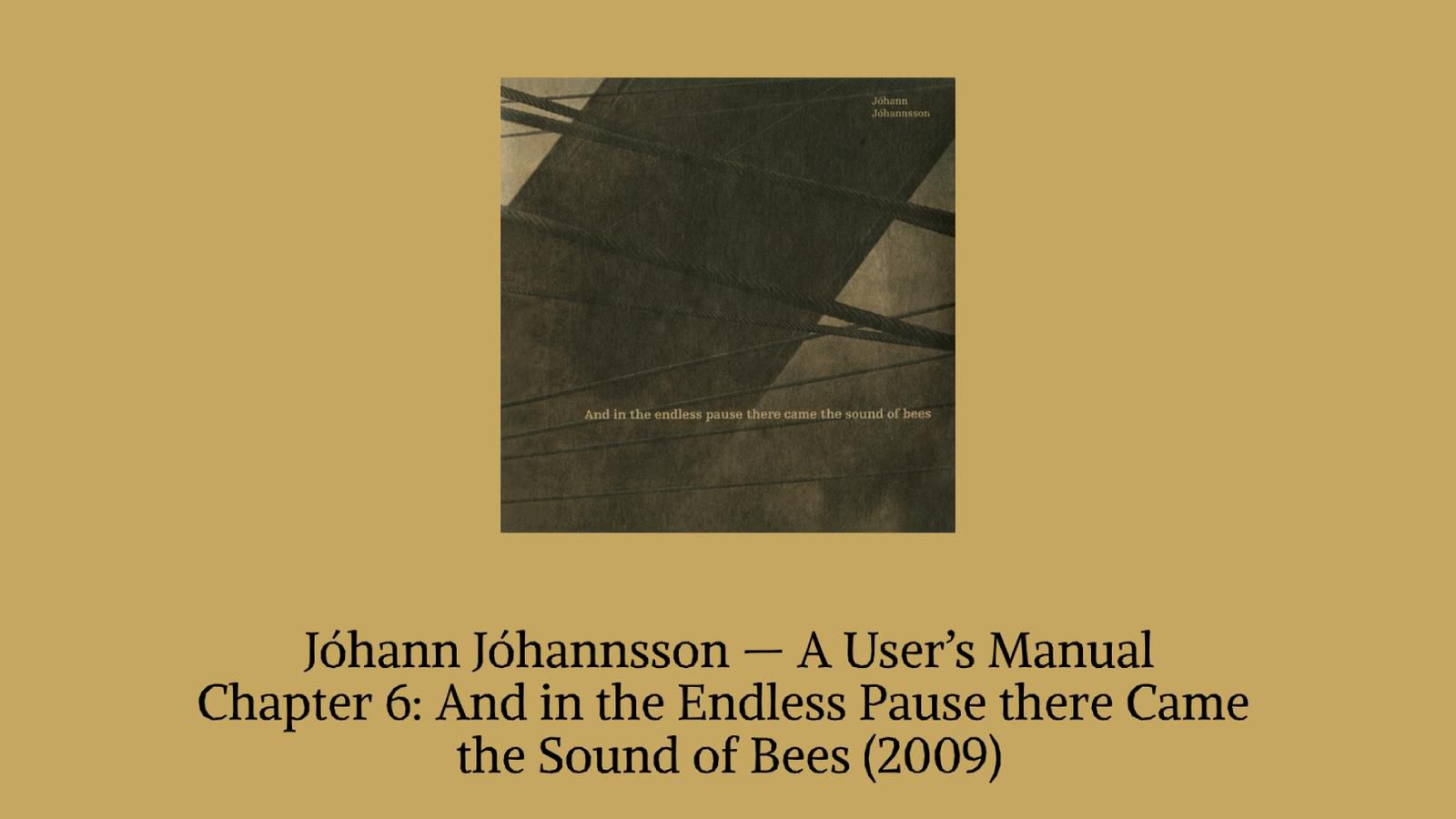 Jóhann Jóhannsson has released well over 20 albums in his career. And who really knows how many sound documents still lie in the drawer that could see the light of day posthumously. Once a month, Kristoffer Cornils and Thaddeus Herrmann review the composer's work - chronologically, album by album. In July, they discuss his 2009 soundtrack work "And in the Endless Pause there Came the Sound of Bees."

The animated film „Varmints" is barely 24 minutes long and yet carries enough disturbing potential for a lifetime. Its illustrator Marc Craste's film adaptation of the book he made with author Helen Ward. The protagonist is an anthropomorphic, rodent-like little animal, in whose ideal world dark clouds soon gather-literally speaking. Animals build a gigantic city by hand (or paw). What follows is at first displacement and then despair. So far, so "The Animals of Farthing Wood." But the grumbling protagonist goes to town and moves into the cyberpunk-esque metropolis, accompanied only by a plant. What follows is a story of ecological, aesthetic and zoopolitical resistance. Let's not reveal the ending at this point, but the moving images are accompanied by the no less moving music of Jóhann Jóhannsson, who released his soundtrack in 2009 on Type under the name "And in the Endless Pause there Came the Sound of Bees."

Kristoffer: Uplifting, yet devastating. And vice versa. This is how I would characterise Varmints, a film built on cheap clichés and dedicated to strict dualisms: nature is bathed in friendly and soft-toned colours while everything constructed, technical, industrial is gloomy and foggy. It is a moral, even didactic short - with an anthropomorphic animal as its protagonist to make a statement about humanity. This may be fine because it is presumably aimed at a very young audience and has an educational purpose. However, the lesson is one that I think is deeply ecoconservative: we must leave the world we have made in order to return to nature. In Varmints, this is made possible by surreal, flying jellyfish. Does this mean, though, that redemption is not possible from within ourselves at all and that instead have to await the arrival of our translucid overlords? Okay, whatever. Be that as it may, although I watched the film several years ago, I fortunately perceive "And in the Endless Pause there Came the Sound of Bees" decoupled from these images. I was given the LP by an acquaintance who was friends with John Twells, the owner of Type, and had pretty much every record from the catalogue of the then extremely influential label on his shelf - but didn't particularly like this one. It was in better hands with me in that respect; for a long time it was one of my favourite Jóhannsson releases. It was only at the beginning of this year that I bought the tape reissue on Discogs for a hell of a price and listened to it continuously on a bitter winter's day during my daily compulsory walk. This soundtrack actually still resonates with me the most during winter and whenever I plunge into depressive holes, despite its light and euphoric moments. How do you feel about it?