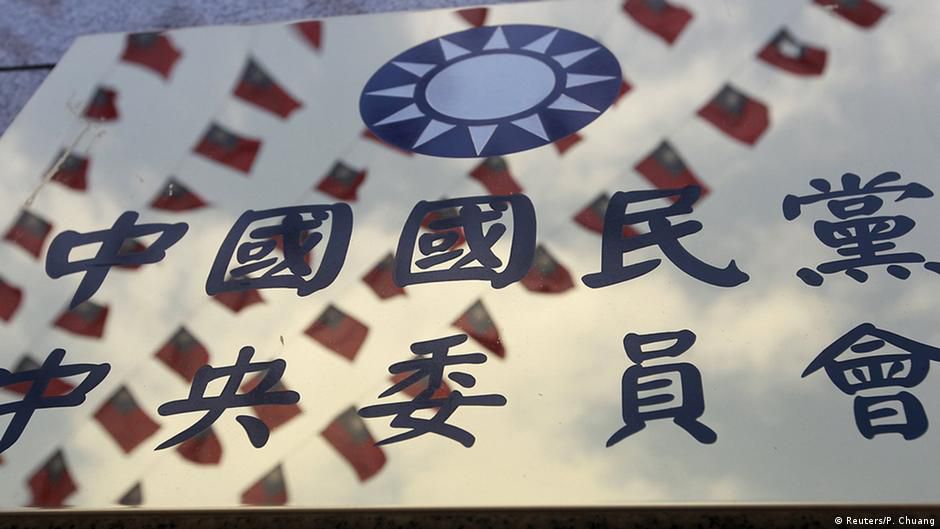 Members from the embattled Kuomintang party voted on Saturday to elect their new leader after defeated presidential candidate Eric Chu stepped down.

In January, the China-sceptic Democratic Progressive Party (DPP) won a landslide victory over the KMT. President-elect Tsai Ing-wen will be officially inaugurated on May 20. Earlier this month she made her first major appointment, naming former economist and finance minister Lin Chuan as premier, as part of her strategy for dealing with a stagnating economy.

The KMT's loss in January was largely blamed on the lack of economic benefits to Taiwan following a series of trade pacts signed with China by the KMT over a period of eight years while it was in power.

When the four KMT candidates met at a panel discussion on the party's leadership last Sunday, one thing was clear: Taiwan's ruling party was facing a crucial test.

Tensions escalated around the KMT in 2014 and the party suffered a crushing defeat in regional elections the following year. When the KMT lost the presidential elections earlier this year it also, for the first time in the country's history, no longer held a majority in parliament.

Choosing a new leader is being seen as the first step in the KMT party's recovery. On Saturday, the party is to decide on its new chairperson.

"The party needs a reform agenda," Chao Young-may, politics professor at the National Taiwan University, told DW. "Candidates need to connect with the country's social movements, to build a new party image and appeal to young people. But that is not easy."

The KMT's attempts to make closer links with China turned many voters against it. The Chinese constitution refers to Taiwan as part of China: "Chinese policies have angered the people," said Chao. "The desire for independence is now stronger, especially among the youth," he added.

Despite her close ties with Beijing, Hung has won over many supporters to a party in which military veterans and land owners continue to hold great influence. But Chao believes that "with Hung, the KMT's future is bleaker than ever."

The other two candidates to lead the KMT are the MP Apollo Chen and the incumbent transitional chairman Huang Min-hui. Both have positioned themselves as moderate reformers. Huang has a support base in southern Taiwan, where relations with China do not matter as much as local issues.

Even if the present scenario does not look promising for the KMT, analysts say that Taiwan could plunge into further instability in the absence of a strong KMT leader. "In Taiwan, the political system revolves around two major parties. It is important for the country to have a strong opposition party, a potent alternative," Professor Chao said.