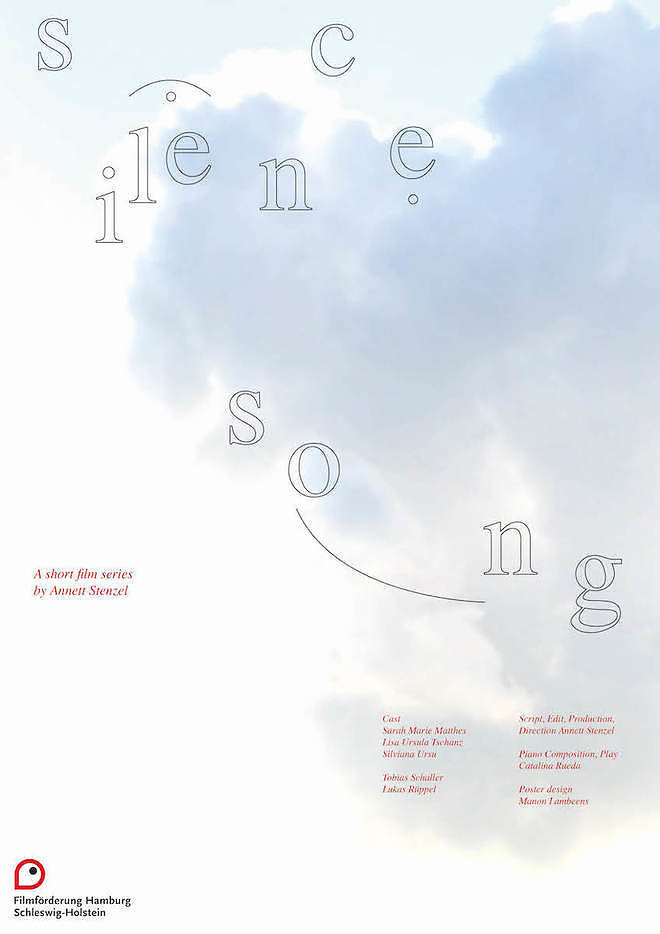 German filmmaker Annett Stenzel's sixteen-minute episode g´, made in the framework of an eight-part short-film series "Silence Song" (127min), is as intriguing in its form, images, and soundtracks as in its narrative. In fact, Stenzel's short film inspires us to engage in some very philosophical and anthropological reflections. More specifically, we have come to reflect, upon viewing the short film, on a certain "centrism", or even several centrisms, as well as on the problematic of understanding experimental productions. As we understand it, which we hope would not seem pretentious to our readers, this film directed by a western artist who experienced life in Iran maintains a close relationship with the idea of cultural exchange. This ties in with our intention to offer a way of seeing the short film that would be, to a certain degree, less "centric" or at the very least a bit more "multi-centric".

Classifying this short film g´(Silence Song) in the category of "experimental film" in some sense renders it less pertinent to introduce it in the form of a synopsis. In fact, introducing a film by presenting its storyline could correspond to a certain western or western-originate need to reconstitute the logic and the structure of a film. We would like, however, to also introduce the short film in a fragmentary way by highlighting certain details without taking the overall logic into account. We consider this fragmentary way of viewing a film to reflect the practices of the "Cantonese lower class."

First, to introduce the short film in a conventional manner, with a paragraph based on its synopsis, we can say that the short film features the mise-en-scène of a young lady playing the C major on the piano in different octaves, with her own original song settling into the spaces between the octaves. Through the variation of the piano's keys, patterns of relations and collective ways of being that are both creative and liberated are developed, suggesting new perspectives on the feminine figures in the short film, who in turn offer their own gazes.

Looking at the particular details of the short film, what seems most remarkable to us is the association of anime images with the black-and-white scenes showing exotic Japanese sceneries. Another potentially interesting association with the "Japan of the short film" is found at the end of the first third of the short film, which features three women positioned in triangles. These scenes are evocative, in this context, of the triangle compositions recurring in Akira Kurosawa's films, although their origin is to be found in western art, in which it is often used to represent the Christian Trinity. These kinds of images resonate with our personal and profoundly anthropological obsession with identifying the mechanisms of exoticization in audiovisual productions. In the very first scene of the short film, the brief appearance of a huge snake and a young man from an anime extract seems to us to also reflect the importance of folktales and the imaginary among different cultures, and particularly in this case, in the Japanese and German cultures.

These two details from the Japanese scenes brought up in the previous paragraph bring us to the discussion of the problematic of understanding the "experimental." It is natural to pursue an understanding of what one sees, and each culture possesses its own logics and ways of understanding that differ from one another. Experimental films, in that they attempt to tell a story in an alternative and unconventional way, allow viewers to be freed from their own culturally constructed mechanisms of understanding and thus gain another way of perceiving things. In addition, experimental films, in that they are particularly open to interpretation, encourage exchange between viewers with differing perspectives, who thus enrich themselves by absorbing other ways of viewing.

These discussions generated by Annett Stenzel's experimental film and the enrichment that these discussions allow are part of what we call the multiplication of "centrisms." A film is often supposed to be a means of communication, and following this principle, it seems interesting to gather different understandings in order to broaden one's own vision, and that is precisely what the freedom of an experimental visual production can offer. This act of collecting is all the more interesting as it clusters understandings coming from viewers of different cultures. It is in this sense that the director, who has studied oriental languages - notably Persian - and has a great interest in Japanese culture, fosters the creation of multi-centricities, in this case a German-Nippon-Persian-tricentrism, into which viewers can immerse themselves and come out more enriched.

This article is part of the publication Into the Clouds: New Media Art 2021 by Czong Institute for Contemporary Art Museum in South Korea.