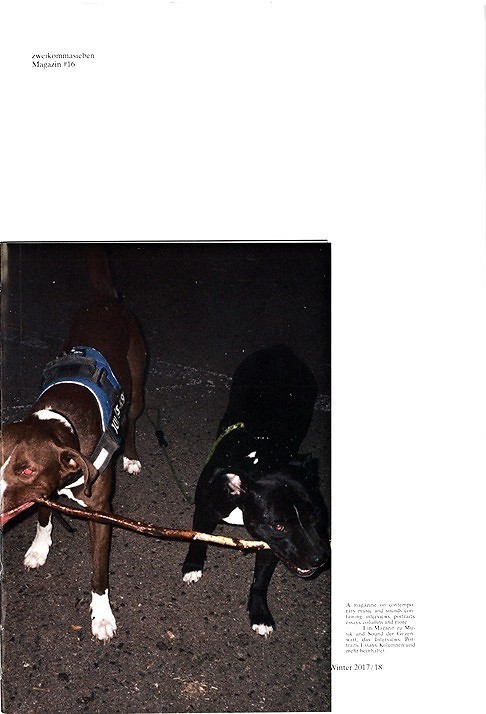 o what extent can we imagine community, exchange, and collective projects that no longer fall back on the dominant narratives of nation, fatherland, and family? This question posed by Terre Thaemlitz in an exchange featured in the 16th edition of zweikommasieben is ever more pressing in a time, where the political and social fabric of western societies seems to disintegrate.

The search for possible answers thus is subliminally present throughout the magazine—in the contribution on the independent Milan venue Macao, but also in interviews with NON-affiliate Farai or the American experimentalist Steve Hauschildt. Even the most hopeful answers remain ambivalent in the end it seems; ultimately there won’t be any utopias. “There’s a sun in the sky,” as Laurel Halo points out in the magazine, “but it’s burning ever hotter.”

On top, this issue features interviews with DVA Damas, Mechatok, Parrish Smith and portraits on Nina of Golden Pudel and V.I.S., as well as Casual Gabberz‘ Evil Grimace & Von Bikräv. There’s also “A Short History of the Aesthetics of Excess in Hip Hop,” various columns and a photo essay, plus further contributions by Das Ding, Laraaji and German Army.