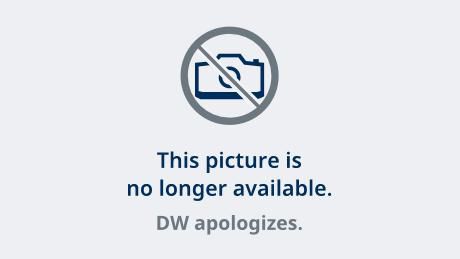 In India more than 800 million voters will be heading to the polls over the next five weeks to choose a new parliament. The world's largest democracy is facing huge problems. Its once racing economy has run into some serious speed-bumps. As prices continue to rise, more and more families are feeling the bite of poverty. It's a situation that could lead to a change in government.

Mired deeply in one corruption scandal after another, the ruling Congress party hasn't solved India's problems. Now in an effort to bolster her son Rahul Gandhi's chances at the polls, INC chairwoman Sonja Gandhi is making huge last-minute promises of largesse if the party is voted back into power. BJP challenger Narendra Modi, on the other hand, is promising an era of "national renewal". It's an idea that is receiving a lot of support.

The "Times of India" has published opinions calling Modi a 'fascist'. The 63-year-old challenger from Gujarat was Chief Minister in the state in 2002, when Hindu fanatics massacred up to 2,000 Muslims in riots there. Modi's victory could mark the end of the secular tradition in Indian politics that has until now helped tie together the extremely diverse nation.

Predictions about the final result are hard to calculate. The poorest voters could end up casting the decisive votes. Big topics include women's rights, the fight against corruption and the economy.

Is the gap between rich and poor set to grow larger in the world's largest democracy? What would a Modi victory mean for India's many religions and cultures? Will India be able to get poverty and corruption under control? Will the new government strengthen the rights of women, as all of the parties in the race have promised so far?

Ramesh Jaura - born in India, he began his career as a journalist in 1964. He then moved to Germany where he worked as a journalist and global affairs observer combining professional pursuits with creating public awareness about the global dimensions of local, national and regional challenges confronting humankind, and increasingly focussing on the need for fostering culture of peace. He has worked for several years as international correspondent of Inter Press Service. Since 2009, he serves as global editor of the Globalom Medai group's IDN-InDepthNews, South Asian Outlook e-monthly and Global Perspectives, a magazine for international cooperation.

Christian Wagner - a leading expert on southeast Asian affairs. He studied and later worked as a lecturer at the University of Freiburg. In 1994, he moved to Berlin as a research fellow at the Center for Modern Oriental Studies. Following further academic posts in Rostock and Bonn, Wagner returned to Berlin in 2002. He now works for Stiftung Wissenschaft und Politik where he's the Head of Research for India. His areas of expertise include India, Pakistan, Sri Lanka, Bangladesh and Nepal.

Katharina Finke - is a German investigative journalist who has covered stories around the world. She is based in Berlin and works freelance for print, online and TV. Since her Master's degree in Journalism, she has worked on investigative stories in New York, Argentina, Portugal, China and India. She returned from New Delhi and Mumbai last weekend.