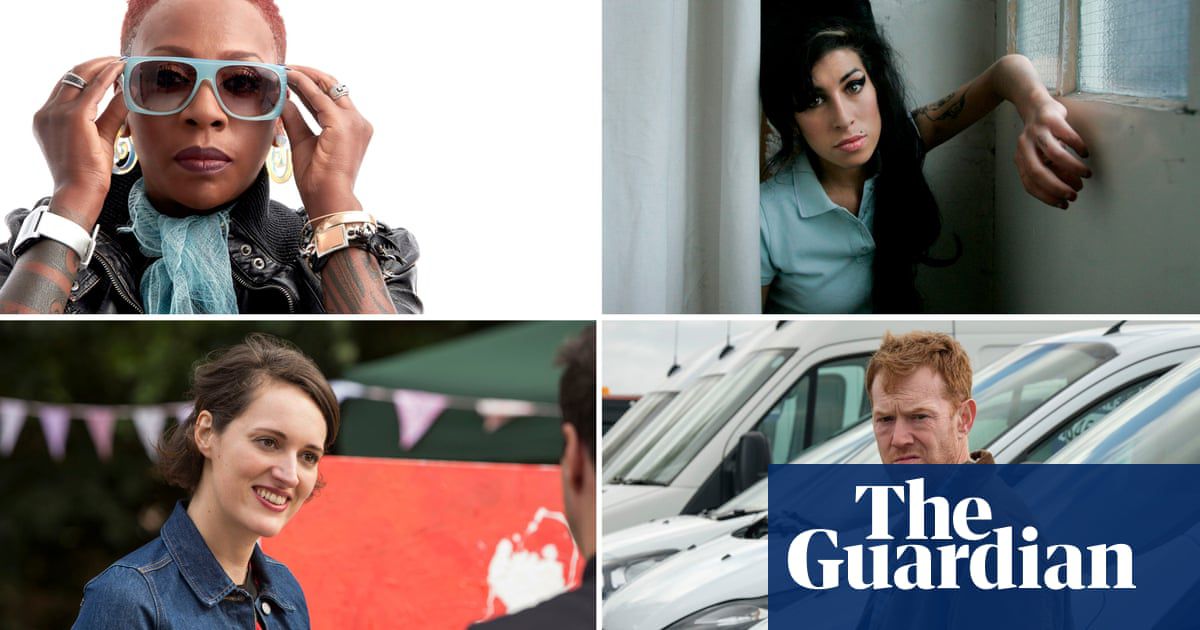 The cities we Berlin teens wanted to live in were always British: London, Manchester, Bristol - those were the places our favourite bands came from. At the end of the 90s - before the no-frills airlines started - I finally made it to London thanks to a school exchange program. We rode around in the signature red buses looking for record stores and indie clubs, although we had barely any money and everything was incredibly expensive. As teenagers, we took every flyer and free magazine we could get our hands on and brought it home to decorate our bedroom walls, because we loved British music.

Almost all Germans did. It all started with the Beatles - the Hamburgers fell in love with them and the whole Bundesrepublik followed. Even in East Germany, where I grew up, two Beatles albums were released, and it felt as if every GDR citizen had them in their tiny record collection. Today, every music magazine and all the so-called experts still rate them as the best band ever.

From the Beatles onward, Britain heavily influenced musical development in Germany. Punk in the late 70s, postpunk and new wave in the 80s, trip-hop in the 90s: it all washed in from the UK. Finally, there was Britpop. Round here there was no such thing as fan fights over Blur v Oasis - if you were in to Oasis you also liked Blur, because it was the same genre. In hindsight, it seems like almost every British band in the 90s was cool, just because they were British: Pulp, the Verve, Manic Street Preachers, Supergrass, Suede.

These days are hard times for old Britpop fans. Some journalists (including from the Guardian) blame Britpop for Brexit, arguing that it flew the national flag for nostalgia. Without question, some of our British musical heroes have fallen, the most famous being Morrissey. We all loved him. Farin Urlaub, singer with punk band Die Ärzte, even dedicated a famous song - Sumisu - to him that translated as: "Whenever we were sad - and we were sad pretty often - we went home and listened to the Smiths."

The song describes the relationship between teenagers in the 80s and Morrissey. We were sure he was left-wing, just like us – so he alarmed fans with what he said in an interview with Der Spiegel two years ago: “If you try to make everything multicultural, you will not have any culture in the end,” and “I feel sad that Germany has become the rape capital of Europe … it coincides with the open borders and the free flow.” We were like: WTF? Aren’t open borders and multicultural movements a gain for every music scene, and for culture above all?

Disappointed and in disagreement, we needed other bands to listen to. Although we aren’t sad any more, we’re often angry, and who can we turn to? The UK. British rap is much more political than most German hip-hop, which is also angry, but often in a sexist or racist way. By contrast, Nothing Great About Britain by Slowthai is an album that deals with Brexit and nationalism with intelligence, humour and aggression. And there is Dave, who just called Boris Johnson a racist at the Brit awards. Or Kate Tempest who sings: “Europe is lost, America lost, London lost / Still we are clamouring victory”. There are exciting punk bands such as Idles, or bands that defy genre, such as the great Sleaford Mods. They are all admired.

Even though there are still British superstars such as Adele, Ed Sheeran or Amy Winehouse (always in our hearts!), there is no such thing as “British music” any more. These days it doesn’t matter where musicians come from. You love them because of their image, their quirks, their personality and of course their music, but none of this is bound to a national style or character. That is no Brexit-related phenomenon – it is a global development. Thanks to the internet you have access to billions of songs and artists. Music is on your phone, your laptop, everywhere you want. And it could be from any country.

So London isn’t the place of our dreams any more. It’s too expensive, too boring, too fancy, too sleek. Today, in cities around the world – even in gentrified Berlin – we find clubs that are more exciting and gigs that are more mind-blowing. Maybe because by now, many international and multicultural artists have moved there – among them the British.