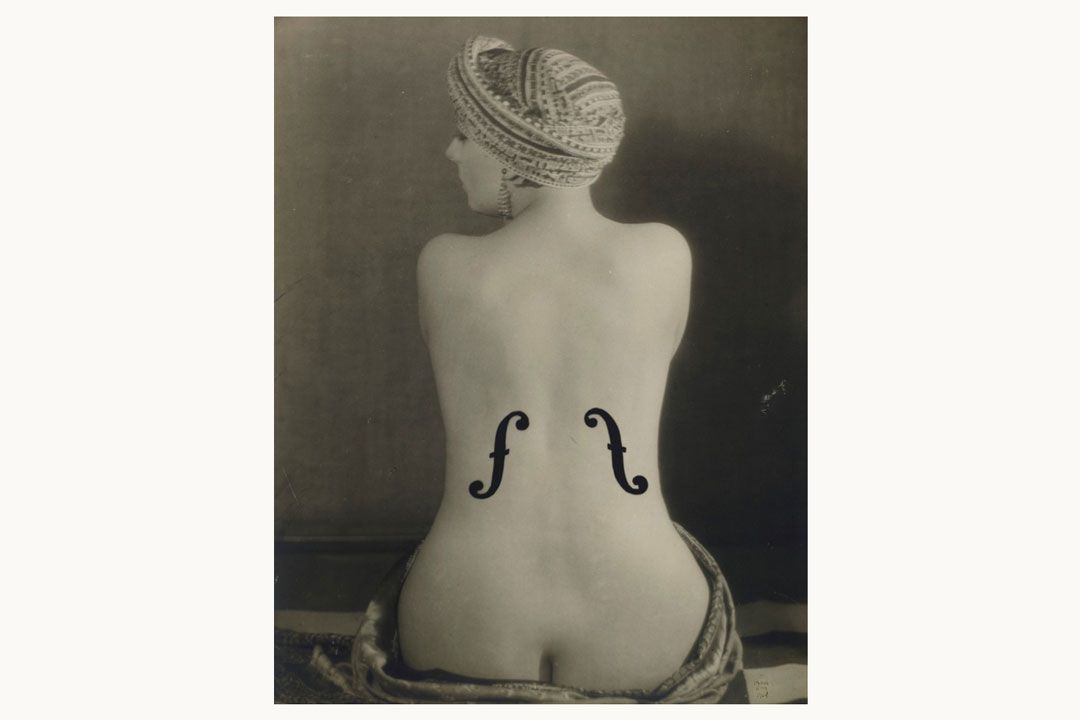 Man Ray's "Le Violon d'Ingres" becomes the most expensive photograph ever sold One of the prints of "Le Violon d'Ingres", one of the most iconic images of surrealism, was sold today at Christie's for $12.4 million, making it by far the most expensive photograph ever sold. By G. Fernández - theartwolf.com - Image: Man Ray, "Le Violon d'Ingres", 1924 If there is one thing we can take away from the so far successful art auction season in New York, it is the umpteenth confirmation that the art market is hungry for iconic works. This explains the $195 million paid for Andy Warhol's "Shot Sage Blue Marilyn", one of the most famous images of Pop Art. It also explains the colossal success of Ernie Barnes' "The Sugar Shack" (1976), sold for more than a hundred times its most conservative pre-sale estimate, and of which its new buyer -according to The New York Times- said that "for certain segments of America, it’s more famous than the ‘Mona Lisa’". Or even the $45 million (three times its most conservative pre-sale estimate) paid for Emanuel Gottlieb Leutze's "Washington Crossing the Delaware", one of the most iconic images in the history of American painting. Today, the auction of "The Surrealist World of Rosalind Gersten Jacobs and Melvin Jacobs" at Christie's New York included one of the most famous images of Surrealism, Man Ray's "Le Violon d'Ingres" (1924), in which the artist's muse and lover, Kiki de Montparnasse, appears on her back, with two f-holes painted over the middle of her back, like a violin. With a pre-sale estimate of between $5 million and $7 million, the work was expected to break the record price for a photograph, previously held by Andreas Gursky's "Rhein II", which sold 11 years ago for $4.3 million (about $5.5 million at today's exchange rate). "Le Violon d'Ingres" sold for $12.4 million, a new record for a photograph, in what will undoubtedly be one of the most memorable sales of the year. As is often the case with photographs, there are several copies of this image on the market, including a smaller one sold last year by Christie's for $475,000. But the print in the Jacobs collection is truly an "original photographic copy", having been made at virtually the same time as its corresponding negative. For lovers of photography, it is worth watching the explanatory video that Christie's published about this photograph. https://youtu.be/RaefKZO7X08 Otherwise, most of the works offered at the auction -which fetched a total of $42 million-exceeded their expectations. The sale got off to a good start, with "La Prière" -another sensual Man Ray photograph- tripling its pre-sale expectations and fetching $289,800. Even better was the result obtained by "The Cause of Thunder" (1965), a small painting by Richard Humphry estimated at between $1,000 and $1,500, which fetched $69,300, some 50 times its pre-sale estimate. "Le mal oublié” (1955), an excellent painting by Dorothea Tanning, sold for $1.44 million, almost three times its most optimistic pre-sale estimate. One of the few disappointments was Vija Celmins' "Untitled (Mars)", which sold for $1.26 million, slightly below its most conservative estimate. The undisputed success of "Le Violon d'Ingres" partly overshadowed that of three paintings by René Magritte: "L'autre son de cloche" (1951), sold for $10.1 million, and "Eloge de la dialectique" (1948) for $4.6 million, in both cases also exceeding expectations. Special mention must go to "Le coeur du monde", a small gouache painted in 1955, which, with a pre-sale estimate of between $300,000 and $500,000, sold for $2.16 million.