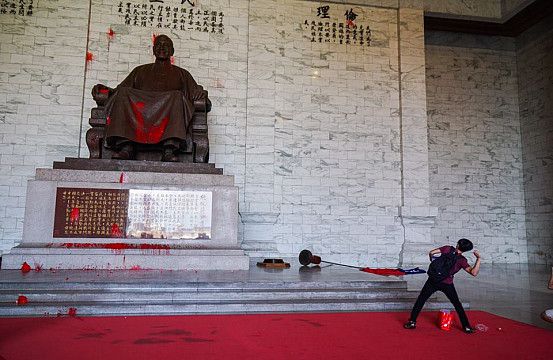 2018 may be considered the "year of the vandal" in Taiwan, if statues of former president Chiang Kai-shek are any metric. The island is in a period of transitional justice, and as excesses and abuses of its authoritarian past are being investigated, former President Chiang Kai-shek is undergoing something of a performance review. From a grassroots perspective, the verdict doesn't appear good.