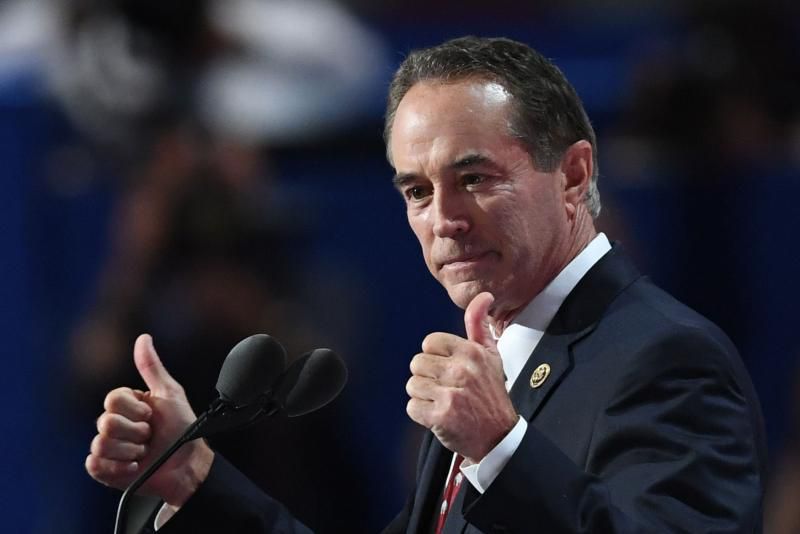 NEW YORK (UPI) -- Former Rep. Chris Collins should be sentenced to nearly five years in prison for insider trading, Federal prosecutors told a U.S. district court judge in filings Monday.
Collins, 69, opted to continue serving in Congress while lying about his case to Federal investigators, prosecutors said in a letter to a Federal judge for the Southern District of New York.
Collins, who was the first Congressman to endorse President Donald Trump's 2016 campaign, in October, pleaded guilty to conspiring to commit securities fraud and making false statements after initially facing an 11-count indictment.
Authorities accused Collins of telling his son, Cameron Collins, and Stephen Zarsky, Cameron Collins' prospective father-in-law, to sell their stocks in Australian biotech firm Innate Immunotherapeutics after receiving insider information.
The three avoided losing $768,000 in the move. Collins, who served as a board member for the company, was arrested in August 2018 in connection with illegal trading but initially denied the charges. Despite the charges, he edged out Democrat Nate McMurray by 1,087 votes to retain his seat three months later.
Collins resigned last year just before he entered his guilty pleas in federal court.
"In committing insider trading and later lying to Federal agents to cover it up, and in continuing to actively serve in the House of Representatives during that time period, Collins came to embody the cynical idea that those in power who make the laws are not required to follow them," prosecutors said.
"This surely was not lost on him, but it did not cause him to hesitate in making the choice to commit multiple crimes while holding one of the most visible and prestigious jobs in the United States," prosecutors said.
Attorneys for the former congressman, as well as numerous former colleagues, including ex-House speaker John Boehner, have asked that Collins be given no jail time, citing his public service in his district.
Reporting by Clyde Hughes