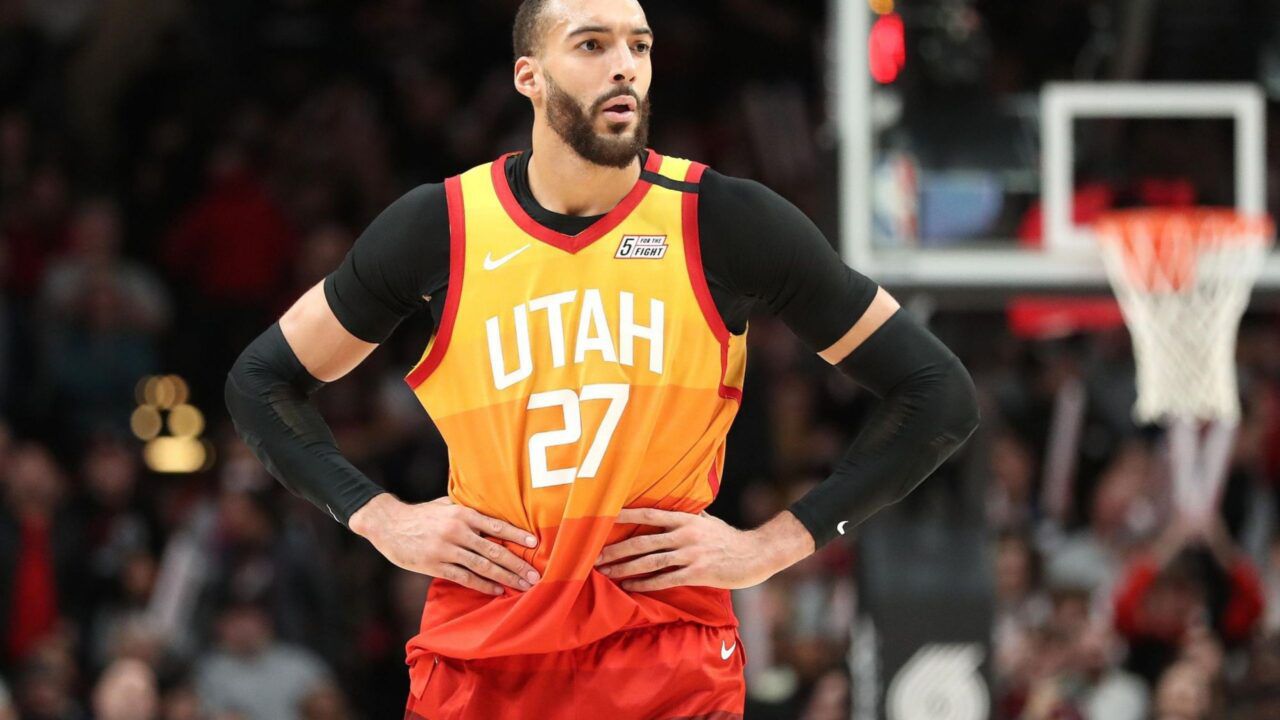 Take a look at the latest news from the world of NBA surrounding Rudy Gobert DPOY and his honest and emotional reaction after out-running Bam Adebayo and Ben Simmons
It would be safe to say that the Utah Jazz became the number one team in the 2020-21 NBA on the back of marquee defender, Rudy Gobert.
Having been explicitly mocked by former players, analysts and fans for his $500 Million contract extension before the start of the 2020-21 season, Gobert has answered all his critics by winning his third Defensive Player of the Year Award .
Even more impressively, Gobert remained the only player amongst top nominees who did not suffer an injury in the 2020-21 season. He has established himself as one of the best defenders of all time.

Rudy Gobert DPOY: The Honest And Emotional Message From The French Star

With the announcement, Gobert joins Dikembe Mutombo, Ben Wallace, and Dwight Howard as the only players to take home the top defender trophy at least thrice.
Behind all the distinctions, the Jazz big man never forgets to give his mother a shoutout.
He stated, “My mom. She sacrificed a lot. She believed in me as a kid. Allowed me to do what I wanted to do. Three of them is just amazing, and it’s on her. She gave me everything.”

The presence of this French Defender has given nightmares to the opposition players and has evidently guided the Utah Jazz to becoming the number one team in the NBA.
The latest to add to his tally of merits was Gobert’s game winning block that gave Utah Jazz the much wanted lead in the Western Conference semi-finals against Los Angeles Clippers.
More importantly being just 28 years old, Rudy Gobert still has plenty of elite years ahead of him. Mutombo and Wallace share a tie for the most DPOY trophies at four apiece. When it’s all said and done, the Jazz star may very well accompany the two spoken about legends.
Also Read: Watch: Rudy Gobert Match Winning Block in Clippers vs Jazz Game 1
Recommended: The Sports Fan App