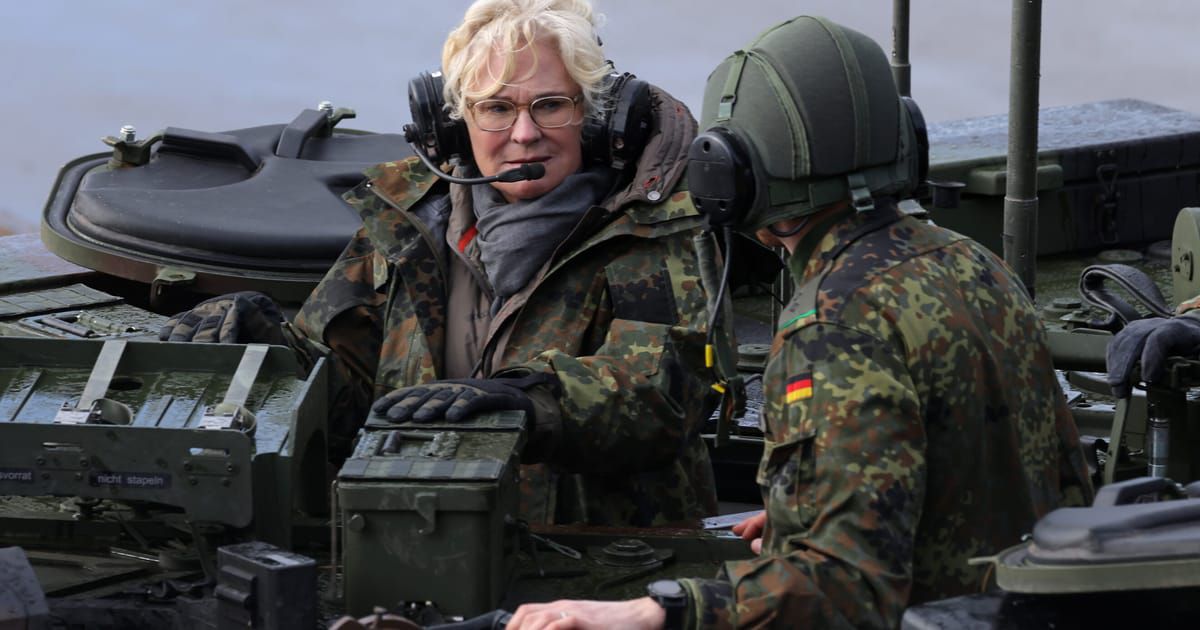 BERLIN - Maybe it's a good thing Germany refused to send Ukraine tanks after all.

The emergency meeting follows the leak of an email from a senior commander to the head of the Bundeswehr armed forces, in which he laments the sorry state of his division's infantry fighting vehicles.

"Even with the best preparations, the question of the vehicles' readiness has become a game of lottery," Major General Ruprecht von Butler wrote his boss, according to a copy of the email quoted by Der Spiegel over the weekend.

During an exercise this month to prepare a Bundeswehr tank brigade for inclusion in NATO's "high readiness" response force, all 18 of the modern German infantry fighting vehicles failed, von Butler wrote.

The tanks, known as Pumas, suffered a myriad of malfunctions from electronic failures to "turret defects." Soldiers had to abandon one of the tanks after its wiring caught fire.

Pumas are designed to move troops around the battlefield and are equipped with a variety of weapons systems, including a 30mm cannon capable (at least in theory) of firing hundreds of rounds per minute.

As a result of the problems, the Bundeswehr has no choice but to rely on the Puma's precursor, the 1970s-era Marder - one of the tank models Ukraine has been eager to purchase from Germany, but that Berlin has refused to sell.

Germany's main battle tank, known as the Leopard II, also took part in the recent exercises and performed much better, the general reported. (German Chancellor Olaf Scholz has also blocked the transfer of Leopards to Ukraine, arguing that the U.S. has also held off sending battle tanks.)

Lambrecht commented on Monday afternoon - outlining the outcomes of the crisis meeting.

"Until the vehicle proves to be stable, there will be no second batch. The criticism from parliament is completely justified," she said, putting the planned re-procurement of the combat vehicle on hold.

"We just released money last week in committee to purchase more Pumas. The minister was right to suspend this today. As long as the errors have not been clarified, no further purchases will be made," Marie-Agnes Strack-Zimmermann, chair of the Bundestag's defense committee, told POLITICO. The manufacturer has been called upon to find the errors and fix them as quickly as possible, the FDP lawmaker added.

Johann Wadephul, vice chairman of the CDU/CSU parliamentary group, lamented the state of the Bundeswehr. "The problems at the Puma were also known for some time. However, both the industry and the army have said over a year ago that the basic issues are all fixed," he told POLITICO.

The Bundeswehr's equipment problems aren't new. Indeed, the German army's shoddy gear has made it the laughingstock of NATO. Nonetheless, the military's battle with its most modern tanks underscores the systemic nature of the problems.

It's been almost a year since Scholz declared a Zeitenwende, a turning point in Germany's strategic perspective triggered by Russia's brutal full-scale invasion of Ukraine. As part of the German shift, the government created a €100 billion "special fund" to upgrade the Bundeswehr's equipment.

Last week, the defense ministry signed the first contracts, including an order for U.S. F-35 fighters. The delivery of that equipment is years away.