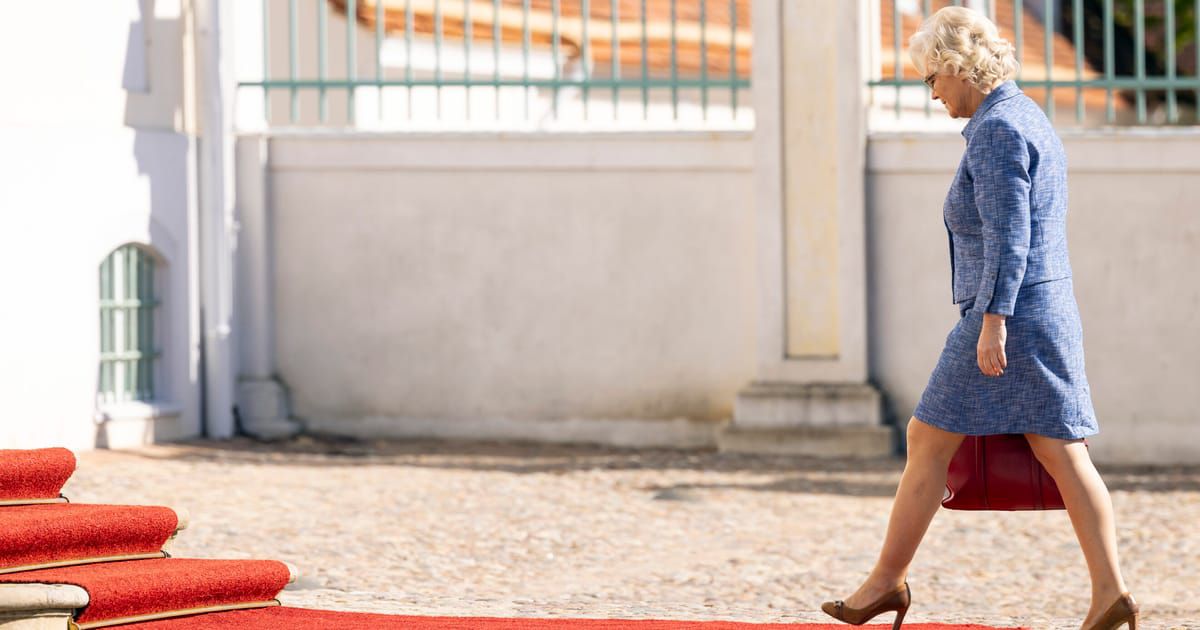 Germany's grand ambitions to become Europe's military power are off to a shaky start, and the country's defense minister, Christine Lambrecht, is increasingly under attack.

In recent days, recriminations have been flying around the German capital and beyond as the negative headlines pile up. Bundestag lawmakers, and not only from the political opposition, are reckoning with the possibility of Lambrecht's departure in coming months.

The growing criticism comes amid revelations this week that Germany's bold promise to invest "from now on, year after year" at least 2 percent of its economic output in defense has been put on hold - not only this year and next, but even beyond - making them laggards in the NATO military alliance.

Taken together, the shortcomings risk derailing Germany's epochal shift on security policy, dubbed the Zeitenwende, when Chancellor Olaf Scholz sloughed off years of military reticence and proclaimed his country would inject billions into building up its armed forces, or Bundeswehr, just days after Russia's invasion of Ukraine in February.

Scholz is shouldering part of the blame, with critics saying he failed to invest sufficient political capital in ensuring his promises from earlier this year came good.

But Lambrecht has taken on most of the incoming fire. She came to the position with little prior military knowledge and soon found herself a target of public derision, first for celebrating an early delivery of 5,000 helmets to Ukraine earlier this year as "a clear signal" of support, then by taking her son on a helicopter flight as part of a personal holiday.

But now, that snark has curdled into condemnation as she asked for last-minute funding to top up a depleted ammunition stockpile despite long-known shortages.

And that criticism is also coming from parties within the German governing coalition.

"Can we please at some point appoint a minister who is up to the job?" said Viola von Cramon, a lawmaker for the Greens in the European Parliament. "It is embarrassing in every respect - for the Bundeswehr, for Germany - but also for us in the EU and for NATO. So much porcelain has been smashed in such a short time."

Von Cramon's party colleagues in Berlin have so far refrained from publicly calling for Lambrecht's resignation - also out of respect for the unity of the government coalition - but nonetheless, they're voicing discontent.

Green Bundestag lawmaker Sebastian Schäfer pounded the defense minister over "dramatic" shortages of ammunition. Should war break out, Germany only has sufficient stocks for a few hours or days of combat, depending on the type of weapon. The already low stocks have been further dwindling as Germany continues donating munitions to Ukraine for its war efforts.

"This has been known for years," Schäfer wrote to POLITICO via email, adding that "it is completely incomprehensible" why Lambrecht only last week stepped up efforts to procure more ammunition - "nine months after the chancellor proclaimed the Zeitenwende." Schäfer argued that Germany's €100 billion special fund for military armament adopted ahead of the summer, along with a new law for accelerating military procurement, had given the defense minister "all the possibilities" to act earlier.

Last week, the German finance ministry issued a spicy letter criticizing how Lambrecht had failed to do her homework on the procurement of ammunition.

Alexander Müller, defense policy spokesperson for the business-friendly Free Democratic Party - the junior of the three current coalition partners - warned that Lambrecht's failures to purchase more ammunition risked causing a problem for Germany's support of Ukraine, for example when it comes to supplying Kyiv with new grenades for the self-propelled Panzerhaubitze 2000 howitzers that have proven highly effective in combating Russian forces at long distances in eastern and southern Ukraine.

Yet Müller stressed his biggest concern is "the slow procurement and high density of bureaucracy" in the military apparatus, which Lambrecht oversees. Experts point out that more money for defense requires, above all, cutting red tape in Germany's sluggish and bureaucratic military procurement system. "That's something that really worries me - the minister must address this more thoroughly" if Germany intends to reach its goal of swiftly upgrading military spending, the deputy said.

Lambrecht has also drawn criticism in recent months for repeatedly arguing that she saw absolutely no possibility for the Bundeswehr to supply additional support for Ukraine, such as delivering armored transport vehicles like the Dingo. She then contradicted her own words a few days later by delivering - amid mounting pressure from the U.S. - exactly those vehicles to Kyiv. Just this week, Berlin announced further deliveries of Dingos and other military equipment.

Fresh criticism is also coming from the Polish government, which this week accused Lambrecht of breaking confidentiality by making public a planned delivery of German air defense systems to Poland before negotiations had been finalized.

As defense minister, Lambrecht is overseeing the €100 billion defense fund approved by the Bundestag during the spring | Sean Gallup/Getty Images

The politician (who belongs to the Social Democratic Party, the largest coalition partner) sought to defend herself during a speech at the Berlin Security Conference last week, as well as in interviews with German media over recent days. She stressed that she had already initiated military procurement processes, while placing blame for problems with equipment and ammunition on her predecessors in the center-right Christian Democrat bloc, now the main opposition force. (Lambrecht again didn't miss the chance to stress how Germany ultimately delivered, in addition to weapons, 28,000 helmets to Ukraine, "which also saved lives.")

She'd already used this defense tactic during an interview with POLITICO in September, in which she squarely placed the blame for various shortcomings on the "irresponsible savings" of previous governments. As Scholz's government celebrates its first year in office this Thursday, however, it becomes increasingly difficult to blame past ministers for present problems.

Roderich Kiesewetter, a CDU defense policy lawmaker, said that Lambrecht "makes no secret" of the fact that "she would have liked to become interior minister" under Scholz rather than dealing with defense. "So in this respect, she herself doesn't feel so comfortable [in her job]."

So far, Scholz has continued backing Lambrecht, who upon formation of the government at the end of last year was believed to be a promising candidate for introducing step-by-step reforms to the Bundeswehr, according to one person close to the chancellor. The Bundeswehr had been facing scandals about excessive use of external consultants under Ursula von der Leyen, a former defense minister and now European Commission president.

However, the war in Ukraine and ensuing sudden need for Germany to raise its military profile appear to have highlighted how Lambrecht, a lawyer by profession, might not be the right person to deal with such a crucial challenge - a realization that may also be taking seed in Scholz.

Being in the same political party has proved practical for the chancellor, as he could intervene and dictate relevant security policy decisions over the past months, including whether and to what extent weapons should be sent to Ukraine, with virtually no resistance from Lambrecht's side.

Yet Scholz's chancellery had to organize a meeting with defense companies last week to speed up the ammunition procurement process - a high-level intervention that was widely seen as a sign of discontent with Lambrecht's handling of the matter. As the domestic and international scrutiny of Germany's Zeitenwende intensifies, Lambrecht increasingly risks becoming a liability for the chancellor.

Speaking on the condition of anonymity, officials and lawmakers in Berlin say that a possible candidacy announcement by the SPD's Interior Minister Nancy Faeser for regional elections in Hesse state - which many see as likely to happen early next year, to prepare for the vote in the fall - might offer Scholz an opportunity to reshuffle his cabinet, given that Faeser would have to step down as minister if she were to run as a state politician.

In such a government recast, Scholz could sack Lambrecht; or, he might assign her to a different position to reflect the fact that she's also from the SPD's strong branch in Hesse, which is likely to object to losing two cabinet ministers at once if both Faeser and Lambrecht were to simultaneously leave.

Other officials, however, point out that Scholz has a tradition of sticking with allies who remain loyal to him, and suggest that Lambrecht might survive as defense minister - provided she commits no further blunders.

Andreas Schwarz, a SPD lawmaker, rushed to Lambrecht's defense by seeking to put criticism of her performance into a broader context.

"As far back as I can remember, the defense ministry has always been an extremely difficult job in which many politicians have faced challenges, and Lambrecht has taken this on during particularly challenging times," he said.

"She is stepping up to the challenge," Schwarz added.