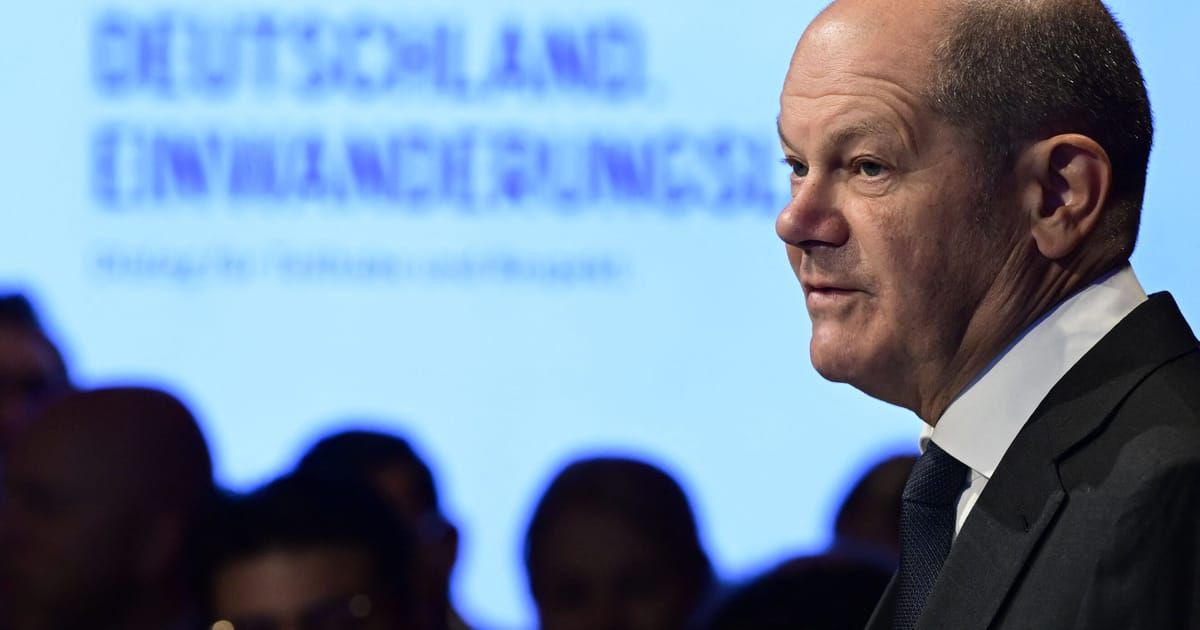 On Monday, Scholz reiterated his backing for Interior Minister Nancy Faeser's plans to overhaul the rules to make naturalization easier for immigrants, who he has lauded as playing an integral role in rebuilding and strengthening Germany. Naturalization figures in Germany are stagnating, with 1.3 acquisitions of citizenship per 1,000 persons; according to Eurostat, that's below the EU average of 1.6 acquisitions per 1,000.

With job vacancies at an all-time high - 853,315 openings were reported in 2022 through October, according to data analytics firm Statista - Berlin is looking at high-skilled labor from abroad to fill that gap.

Scholz announced at an event in Berlin that his Cabinet will decide on "key points" for skilled labor immigration reform on Wednesday. The chancellor said that a "transparent, unbureaucratic" points-based system will be introduced, as has long been standard practice in other countries. It will also become easier for foreigners to take up studies or vocational training.

According to Faeser's plans for the citizenship law reform, immigrants will be allowed to have dual citizenship. Furthermore, they will be able to become naturalized Germans in five years instead of eight, according to a 39-page draft of the plan previewed by some media outlets on Friday. In the case of "special integration achievements," such as voluntary work or exceptional language skills, naturalization will be possible after three years. And children born in Germany to foreign parents can become German if one or both of their parents' official residence has been in Germany for five, instead of eight, years.

"Those who live and work here permanently should also be able to vote and be elected ... with all the rights and duties that go with it," Scholz said on Monday. However, he cautioned that there are limits to the country's ability to absorb immigrants.

Not everyone is on board with the plans. Criticism comes from the opposition, as well as Scholz's business-friendly coalition partner, the FDP. "Selling off German citizenship does not promote integration," said opposition politician Alexander Dobrindt of the center-right CSU.

The FDP's secretary-general, Bijan Djir-Sarai, meanwhile, said it is too early for such a far-reaching reform, adding that first, repatriations must be enforced more quickly.

A spokesman for the interior ministry reiterated Monday that the draft law for the citizenship reform is "as good as ready." It will be coordinated within the government "in the next few days" and discussed by the Cabinet "soon."

Responding to the criticism from the government's coalition partners, the spokesperson said the draft was "exactly in line" with the coalition agreement.