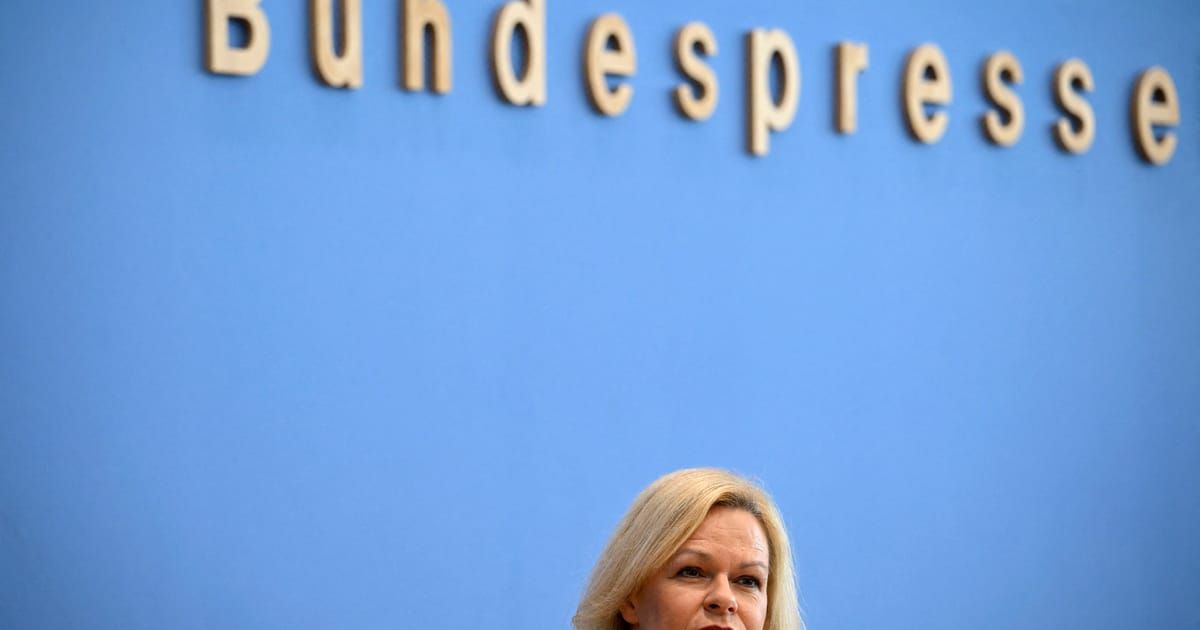 German Interior Minister Nancy Faeser will travel to Qatar for Germany's first match at the 2022 World Cup against Japan on Wednesday.

According to a spokesman for the ministry, which is also responsible for sports, Faeser wants to "support the German team at the World Cup and therefore attend the opening match against Japan."

In addition, the spokesman said, the minister wants to "continue the dialogue with the Qatari government on reforms there, especially to improve the human rights situation."

So far, Faeser is the only German minister who plans to travel to Qatar. The Gulf state has faced years of criticism over its regressive attitude toward migrant workers, the LGBTQ+ community and women's rights.

Before the tournament, Faeser had sparked ire in Qatar after criticizing the awarding of the World Cup and the human rights situation in the country. Doha summoned Germany's ambassador to Qatar in response.

Chancellor Olaf Scholz's spokesman had already said Friday that he would not rule out whether the chancellor would travel to the final, should Germany get that far. "That would be looked at then," he said.

Foreign Minister Annalena Baerbock, on the sidelines of her visit Monday to Paris, underlined the importance of respecting human rights when awarding global events but stressed that players shouldn't be punished for political failures.

"The German team arrived not only well-prepared but also with a clear message on the plane - and thus set a sign right at the beginning that especially the world of sports lives on diversity and strong human rights," Baerbock added, referring to the German team's plane emblazoned with the inscription "Diversity Wins."

Despite the declared commitment, team captain Manuel Neuer will also play without the "One Love" armband, a pro-LGBTQ+ symbol, due to FIFA's threat of "sporting sanctions," as announced on Monday. This triggered severe backlash in Germany: SPD lawmaker Johannes Schätzl demanded on Twitter that the German team leave Qatar.