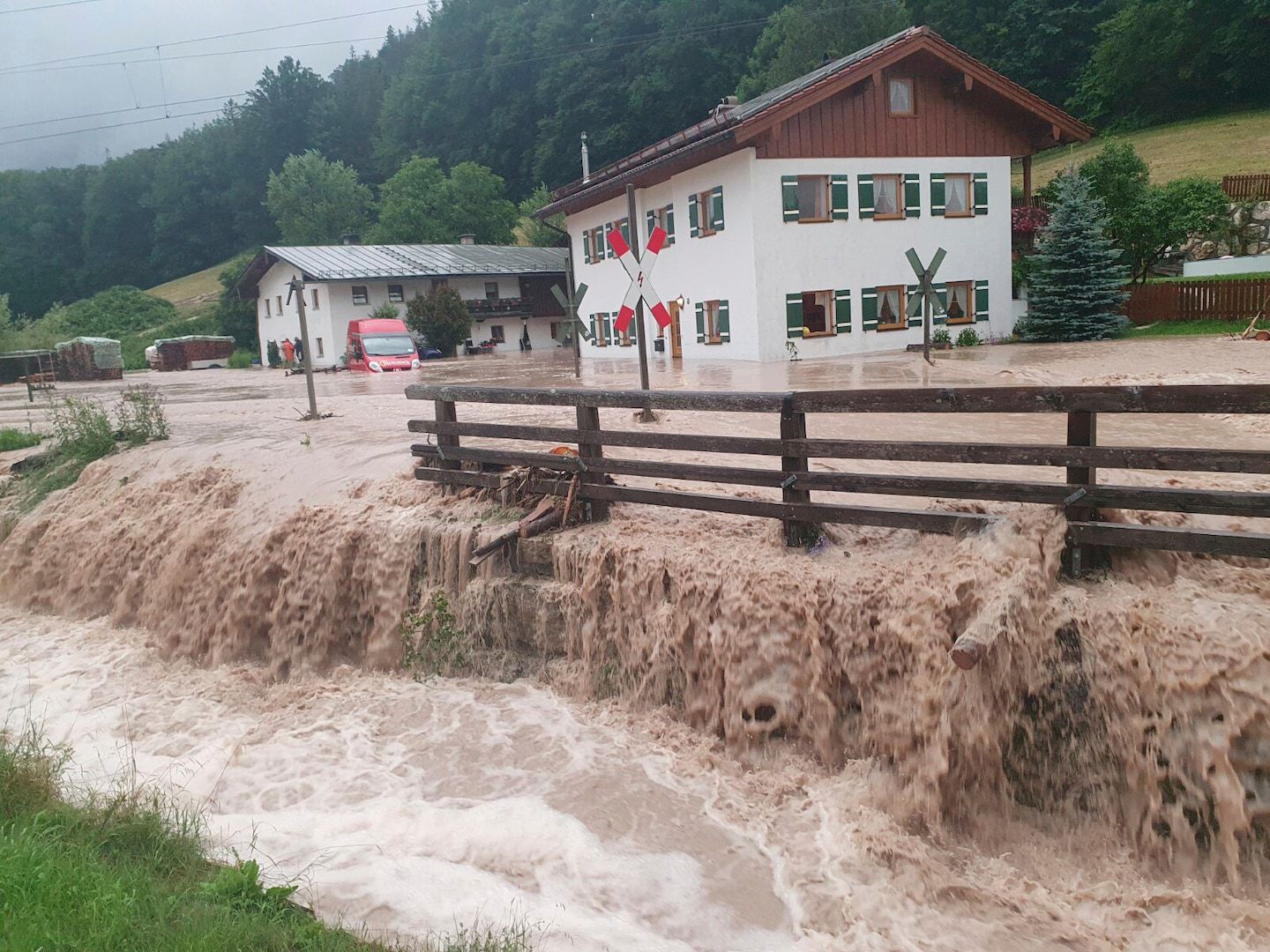 COLOGNE, Germany - The death toll in the devastating floods that hit Europe climbed to 183 on Sunday as rescue workers searched for bodies amid the receding waters while new storms hit alpine areas further south.

Heavy rain drenched parts of the German states of Bavaria and Saxony overnight as flooding also spread to Austria and Switzerland.

On Saturday night, areas of Bavaria were declared a disaster zone as the southern state on the border with Austria was also hit by flash floods. At least one person died in the Berchtesgadener district.

As new areas prepared for flooding, others were still reeling from the earlier inundations. German Chancellor Angela Merkel was expected to visit the village of Schuld in the state of Rhineland Palatinate on Sunday, where entire homes were swept away last week by the swollen Ahr river, a tributary of the Rhine.

Picture perfect villages along the Ahr, with stone bridges and traditional timber frame houses, were some of the worst hit. At least 110 people died in the state, according to police.

In a German town torn asunder by flood, 'surreal' limbo between disaster and recovery

Another 45 were killed in neighboring North Rhine Westfalia. The death tolls are still expected to rise as rescue workers pick their way through flooded homes checking for bodies. Teams with sniffer dogs have been sweeping mounds of debris clogging streets.

The force of the water ripped facades off houses, left cars hanging in trees and crumpled roads and bridges. Many died as the surging waters turned roads into rivers or drowned as they went to scoop floodwater out of their basements.

German military personnel and fire crews were still working to winch cars and lorries off a submerged highway on Sunday. Rescue workers said they did not know if the people had enough time to get out of their cars before the floodwaters rose.

Thousands had to be rescued from rooftops. "The street was like a running creek," said Williams Horst, 71, who was trapped over night Wednesday with his 86-year-old landlady and her carer. They were all helicoptered out in harnesses, picked from the backyard of the house in waters up to their chests.

In Austria, floodwaters swept through the town of Hallen, near Salzburg, picking up cars and debris in its wake, but no fatalities were reported as of Sunday morning. Residents were told to stay out of basements. In Germany's Saxon Switzerland, a hilly national park around the Elbe, some areas were cut off due to the flooding, ZDF television reported.

The receding waters in parts of Germany have allowed the first assessments of the scale of the damage. Finance Minister Olaf Scholz told Germany's Bild am Sonntag newspaper that he would submit a plan for at least 300 million euros in emergency aid to the cabinet this week.

'We have nothing': Grief, shock and resilience along the flood-ravaged banks of a German river

How weather patterns conspired for a flooding disaster in Germany

Death toll from European floods climbs to more than 150

Today's Headlines The most important news stories of the day, curated by Post editors and delivered every morning.
Zum Original
Original anzeigen Erstellt am 19.07.2021
Bearbeitet am 19.07.2021
Quelle
https://www.washingtonpost.com/worl...
Lizenz