In Afghanistan, Russia is working with its Cold War foe the Taliban, complicating the U.S.' longest war 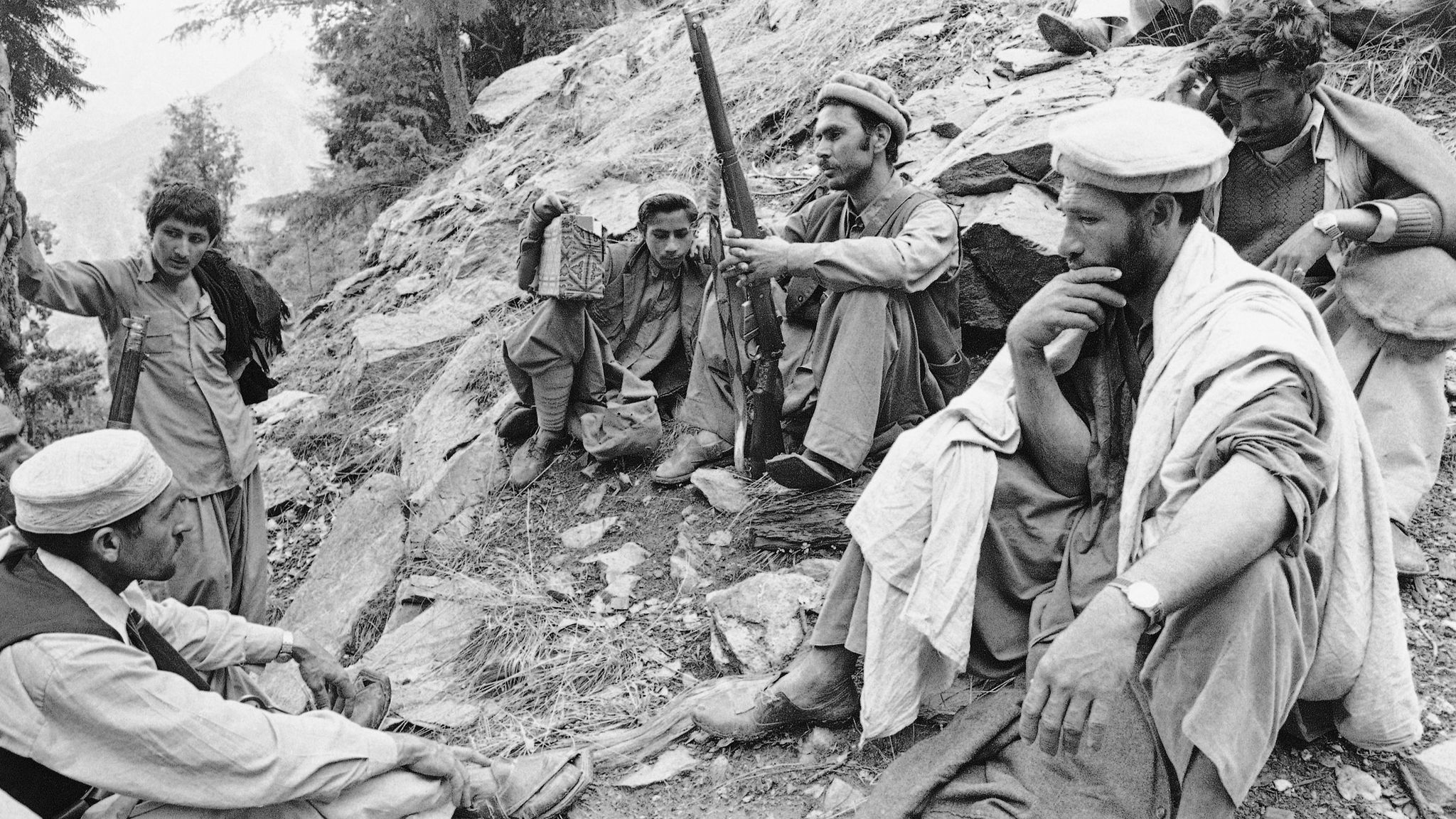 Late one night in February, villagers in the Dast-e-Archi district of northern Afghanistan heard strange sounds from the nearby Panj river, which marks the border with Tajikistan.

One farmer said he saw the bright lights of planes landing close to the riverbank, just inside Afghan territory in an area controlled by Taliban militants.

Word of American airstrikes or raids against insurgents travels fast in Kunduz province, but the next morning no one had any information about such an operation. The villagers concluded that the planes belonged to another powerful country seeking to press its influence in Afghanistan.

"It would have had to be the Russians," said the farmer, who asked to be identified as Gul Agha. "These areas are outside government control so the question is raised, why were the planes landing there?"

Reports have swirled for months across northern Afghanistan that Russia is increasing its support for the Taliban, providing weapons and financing to the militant group that has battled U.S. and international forces since 2001.

If true, it would be a sharp reversal of Moscow's troubled Cold War adventures in Afghanistan, where leaders of what became the Taliban helped drive out Soviet soldiers who invaded in 1979 to prop up a communist government in Kabul. Back then, it was the U.S. under President Reagan that backed the Afghan mujahedin, or "freedom fighters," against the Soviets.

Russia's return to Afghanistan, according to analysts and Western diplomats in Kabul, is intended to counter the spread of Islamic State-affiliated militants in Central Asia and further challenge the United States at a time when the Trump administration has failed to articulate a plan for ending the Afghan war.

Trump has not appointed an ambassador to Kabul and has barely spoken about the longest conflict in U.S. history, although commanders have said they want to add to the 8,400 American troops still stationed here.

"The U.S. has become less active while Russia has increased its activities," said a Western diplomat in Kabul, who spoke on condition of anonymity under diplomatic protocol.

U.S. and Afghan officials have reacted with alarm since Alexander Mantytskiy, the Russian ambassador to Kabul, acknowledged in December that Moscow maintained contact with the Taliban. Earlier this month, Gen. Joseph Votel, head of U.S. Central Command, told Congress that it was "fair to assume" Russia was supporting the Taliban, although he did not disclose details.

Russia denies supplying the Taliban with weapons and insists its contacts are solely aimed at bringing the insurgents to the negotiating table. Zamir Kabulov, President Vladimir Putin's special envoy to Afghanistan, has called the allegations of material support to the insurgents "absolute lies...aimed at justifying the failure of the U.S. military and politicians."

The Russian support has played a role in the Taliban's advances in Kunduz, where they have twice briefly seized the provincial capital, Afghanistan's fifth-largest city, said the official, who requested anonymity because he was not authorized to speak to the media.

It also represents another effort by Putin to exert power globally while weakening the U.S.

Russia has intervened in the Syrian war on behalf of President Bashar Assad, and U.S. intelligence officials believe Putin directed a secret campaign to tilt the 2016 presidential election in Trump's favor.

U.S. officials see Russia as a threat to an already struggling government in Kabul - which is losing an increasing amount of territory and troops to Taliban advances - and to Afghan civilians, who are being killed and injured in record numbers, mainly in Taliban attacks.

"We know that actions by Russia in Afghanistan are meant to undermine the work of the United States and NATO to support the Afghan government," said Capt. William Salvin, spokesman for the U.S.-led NATO coalition in Afghanistan.

The Afghan official said Russian intelligence agents have held meetings with Taliban representatives in Tajikistan and Moscow, and occasionally enter Afghan territory in border provinces like Kunduz. He added that Russians were serving as "creative minds and strategists for the Taliban" at a kind of academy in Iran.

Northern Afghanistan, particularly Kunduz, is of particular interest to Russia because Kabul's control in the area is limited and the province borders Tajikistan, a Russian ally that has helped mediate contacts with the Taliban.

In northern Afghanistan, Russian activity "is well known to everybody," said Haroun Mir, a political analyst who regularly travels to the area.

Mir said Russia has increased contacts with the Taliban over the last year, coinciding with the spread of Islamic State militants. Afghan and Western officials believe that many of the militants fled an army crackdown in Pakistan's tribal belt and are of Central Asian origin, raising fears in Moscow that they could strike Russian interests.

Waheed Muzhda, a former official in the Taliban government that ruled Kabul until the 2001 U.S.-led invasion, said Russian outreach to the Taliban began a decade ago, when it twice invited insurgent representatives to Moscow to express concern over Uzbek militants fighting alongside them.

Tayyab Agha, head of the Taliban's political wing, assured Moscow that the militants would not create problems for Russia in Central Asia, Muzhda said.

Russia now appears to be using those contacts to portray itself as a peacemaker.

Moscow has held two multinational meetings on Afghanistan since December and scheduled a third for mid-April, at which representatives from 12 countries, including China, Pakistan, Iran, India and Afghanistan, are expected to attend.

The United States - which has failed repeatedly to goad the Taliban into talks - declined to participate, saying it had not been consulted in advance.

Although the Russian initiative is seen as a long shot, analysts said it could emerge as a counterweight to U.S. influence in Afghanistan.

"When we had increasing contacts with the Taliban, Russia was very suspicious, and now that they are, we don't like it," said Barnett Rubin, a former State Department official in Afghanistan during the Obama administration who is now associate director of the Center on International Cooperation at New York University.

"For whatever motive, [Russia] is doing what should be done, which is trying to bring the Taliban into a regional political solution to the conflict in Afghanistan."

Special correspondent Liuhto reported from Kabul and Times staff writer Shashank Bengali from Mumbai, India. Special correspondent Mansur Mirovalev contributed to this report from Moscow. shashank.bengali@latimes.com Follow @SBengali on Twitter for more news from South Asia ALSO As death toll in hospital attack soars to 50, Afghanistan investigates whether it was an inside job U.S. missile strike in Syria dashes hope of improving ties with Russia Pakistan holds its first census in 19 years, but not everyone is ready to be counted
Rétablir l'original
Afficher l'original Créé le 10.04.2017
Édité le 10.04.2017
Source
http://www.latimes.com/world/la-fg-...
Licence