About whistling protests and music for giraffes 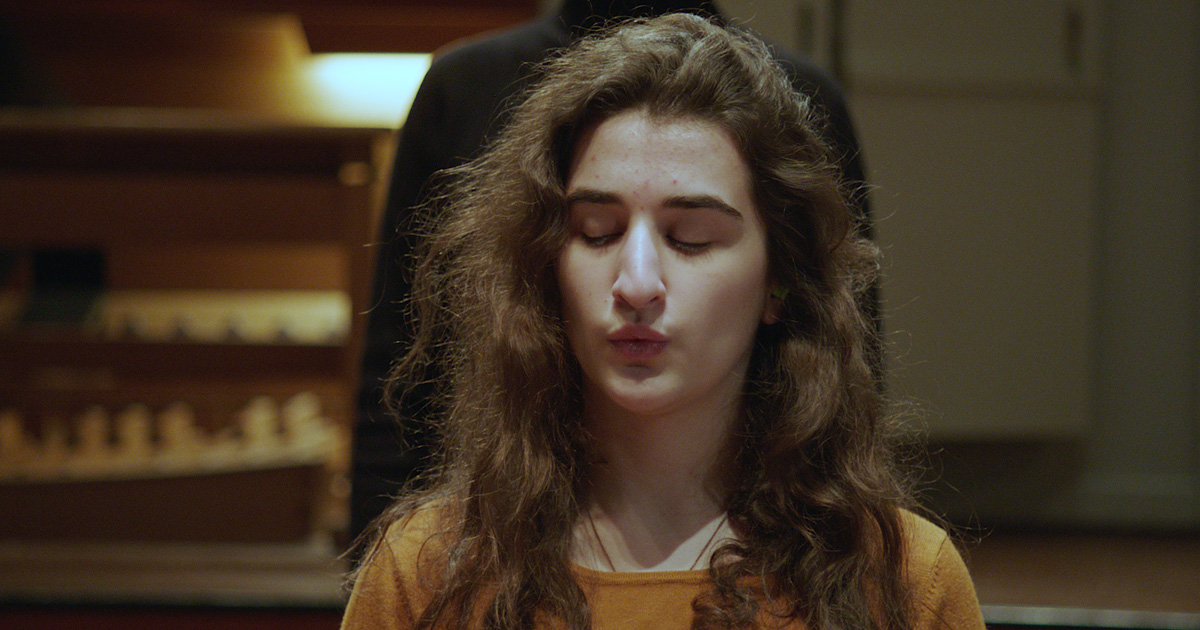 WHAT HAPPENS WHEN THE INSTRUMENTS ARE SWAPPED IN AN ORCHESTRA? AND HOW DO ANIMALS REACT TO PIECES OF MUSIC? ANNIKA KAHR’S VIDEO WORKS EXPLORE THE DIVERSE POSSIBILITIES OF SOUNDS.

With the exhi­bi­tion “We Have Deliv­ered Ourselves from the Tonal – Of, with, towards, on Julius Eastman” and the accom­pa­nying two-day sympo­sium, the 2018 Maerz­Musik festi­valin Berlin placed the focus on the long forgotten Afro-Amer­ican composer, pianist, singer and dancer Julius Eastman. Various artworks were commis­sioned to address the ques­tion of how Eastman’s artistic prac­tice is mani­fested in current cultural, polit­ical and spir­i­tual contexts.

Right at the begin­ning of the exhi­bi­tion visi­tors encoun­tered Annika Kahrs’ work “the lord loves changes, it’s one of his greatest delu­sions” (2018), which was in turn co-produced by Maerz­Musik.

In the context of New Music, Eastman’s compo­si­tions can be clas­si­fied as Minimal Music. In the 1960s, the composer found acclaim first as a pianist and later also as a singer, before in the 1970s being awarded a schol­ar­ship at the renowned Buffalo Center for the Creative and Performing Arts, where he even­tu­ally ended up teaching music theory. After coming to blows with composer John Cage, Eastman left the univer­sity, and in the early 1980s saw himself faced with a discour­aging and seem­ingly total lack of profes­sional perspec­tive. He increas­ingly attempted to assuage his despair with alcohol and drugs. Eastman lost every­thing he possessed and lived as a home­less person in state insti­tu­tions or at the houses of friends. In 1990, he died of a circu­la­tory arrest, unno­ticed by the musical public – the New York City maga­zine “Village Voice” only drew atten­tion to his death some eight months later.

Annika Kahrs’ video piece “the lord loves changes, it’s one of his greatest delu­sions” is over 15 minutes long and based on two pieces by Julius Eastman, namely “The Holy Pres­ence of Joan d’Arc” and “Gay Guer­rilla”, both of which were composed in the early 1980s. Eastman had further used Luther’s refor­ma­tion choral “A Mighty Fortress Is Our God” in “Gay Guerilla”. In Annika Kahrs’ video we see a choir enter the empty Laeiszhalle in Hamburg with its echoing acoustics, then an organist plays the first notes. The pace-setting, metallic organ pipes, which trans­late the notes played into audible sounds, are joined by the whistling of a 28-person choir. 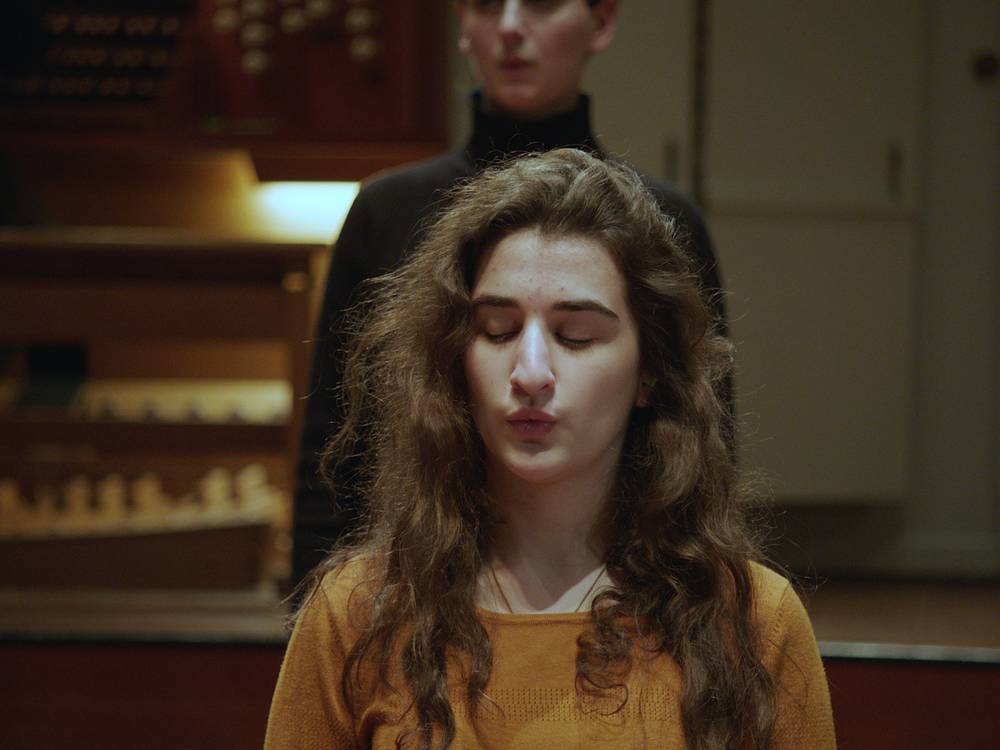 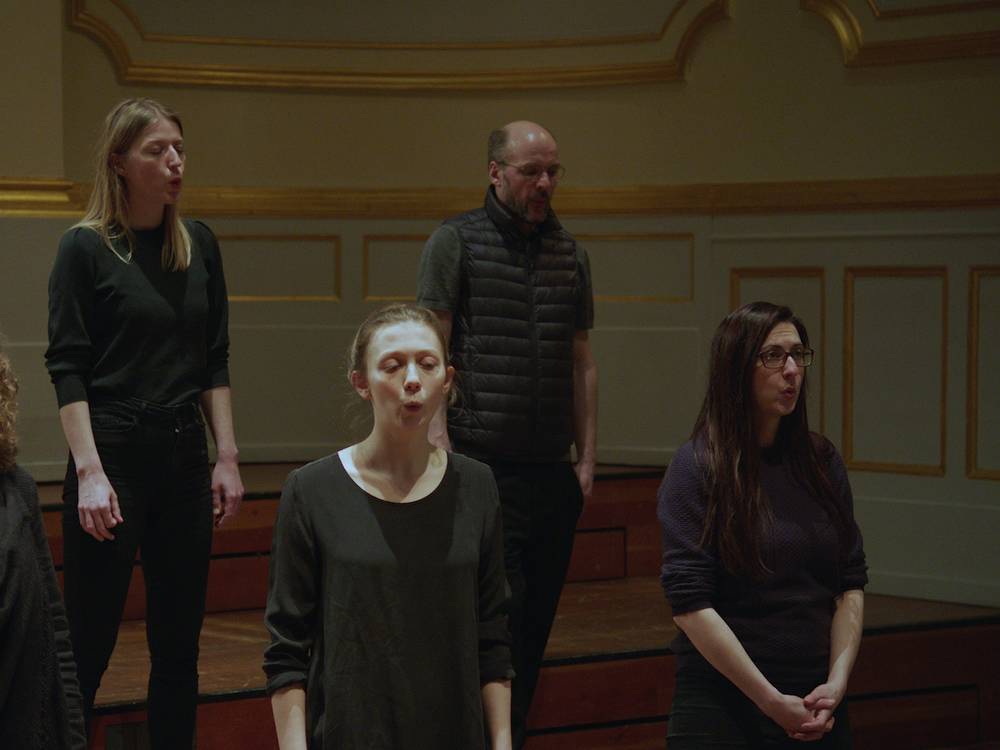 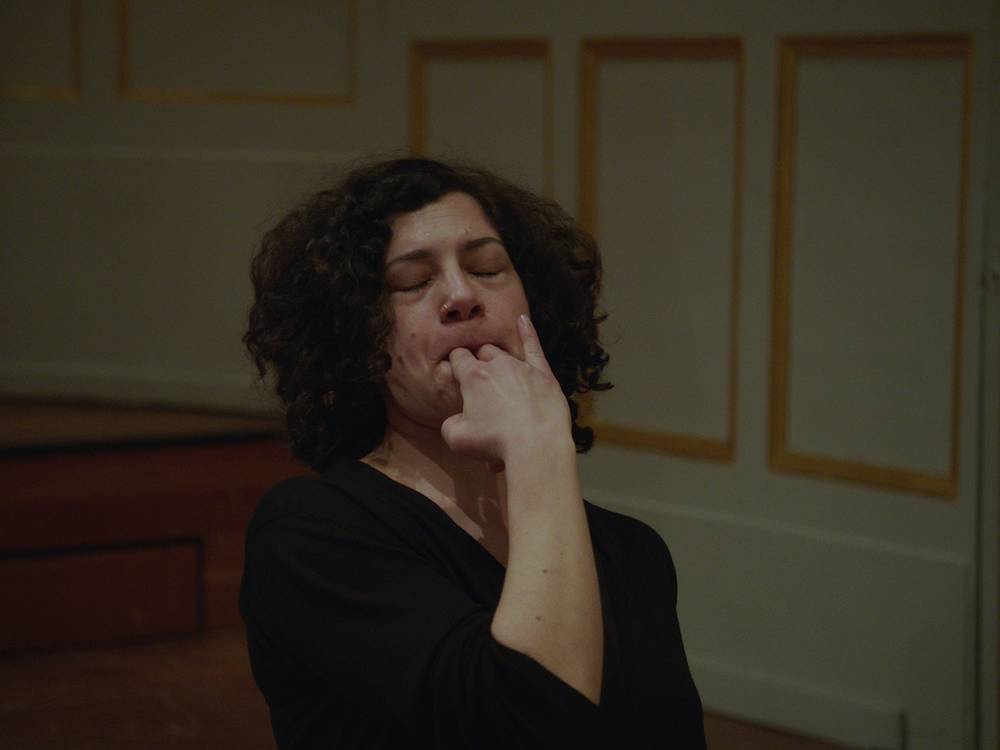 THE LORD LOVES CHAN­GES, IT’S ONE OF HIS GREA­TEST DELU­SIONS

Every indi­vidual whistling sound differs mini­mally or rather micro-tonally from the clearly intoned organ, which gives rise to a highly disso­nant sound struc­ture that diverges more and more from the organist’s guide­line. Inter­esting harmonies arise momen­tarily, then the whistling sounds become remi­nis­cent of ghoulish wind and finally the human whistling appears to become ever more mocking, maybe even to protest against the organ melody. Over the course of the perfor­mance the discord becomes ever more piercing, the whistling of the choir becomes louder, more chaotic and more demanding for the indi­vidual performers – more and more of them sit down on the floor as the piece progresses. After around 14 minutes the music slowly subsides, the camera reveals the view of the Neo-Baroque music hall with its choir and the organist for the first time, the partic­i­pants now looking liter­ally deflated.

Annika Kahrs’ work, consisting of video works, perfor­mances, photo series or instal­la­tions, has repeat­edly addressed the possi­bil­i­ties of sound. In “Playing to the birds” (2013) she had a pianist play Franz Liszt’s piece for piano “Die Vogel­predigt des heiligen Franz von Assisi” (trans. “St. Francis of Assisi Preaching To The Birds”) to an audi­ence of song­birds and parrots, in “Strings” (2010) the musi­cians of a quartet swapped instru­ments in the middle of playing Beethoven’s String Quartet No. 4 in “C Minor Op. 18”. 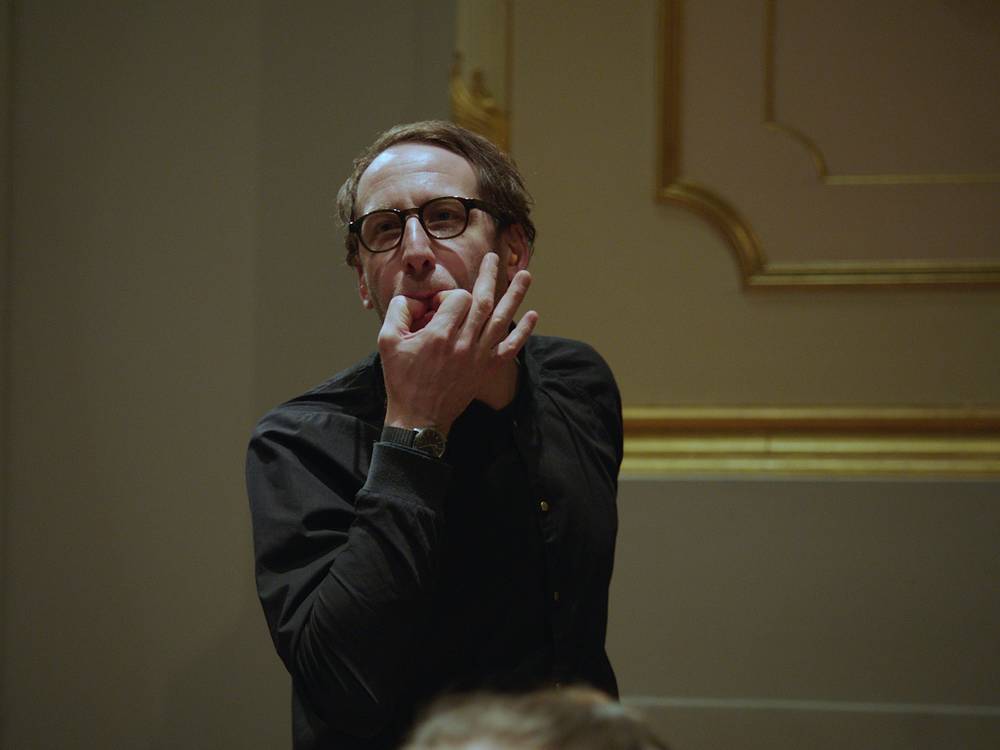 In her three-channel instal­la­tion “Infra Voice” (2018) Kahrs has the Norwe­gian composer and musi­cian Guro Skum­snes Moe play a piece written for the occa­sion on the octo­bass – an instru­ment able to produce sounds lower than the human audible spec­trum – show along­side this the recording of a giraffe as it presum­ably also commu­ni­cates with conspecifics in the same range of frequen­cies.

Sounds, one might think, convey messages: Hein­rich Heine thus described Luther’s choral “A Mighty Fortress Is Our God” as the hymn of refor­ma­tion, while Friedrich Engels describes it as the “Marseil­laise of the Peas­ants’ Wars” and indeed the song was given a new inter­pre­ta­tion as a battle song, begin­ning with the so-called Wars of Liber­a­tion in Germany. Julius Eastman in turn weaved Luther’s work into a mani­festo of sorts for the gay liber­a­tion move­ment. In refer­ence to that histor­ical protest anthem, “the lord loves changes, it’s one of his greatest delu­sions” raises the ques­tion of its impor­tance in modern times. In turn the choir’s whistling concert is sort of protesting against melody itself.

The second part of the evening will be dedi­cated to Patrice Leconte’s short film “Le Batteur du Boléro” (trans.: “the drummer of Boléro”). The eight-minute single-shot film shows an abridged version of Maurice Ravel’s ubiq­ui­tous orchestra piece: The camera gently pans past the orchestra and finally posi­tions itself beside the drummer, played by French actor Jacques Villeret, where it remains for the rest of the film. As the repet­i­tive piece of music takes its course, the camera captures the agony of the drummer having to consis­tently play the same rhythm. Gazing at times at the camera we witness him grimacing invol­un­tarily, his face becoming ever more distorted as he appears more and more irri­tated over the course of the piece.

Patrice Leconte, who always regarded Boléro as the epitome of tedious­ness, had the idea for the short film early in his career. After Gilles Jacob, director of the Cannes Film Festival at the time, encour­aged him to finally put his idea into prac­tice, the director set to work straight away. In return and by way of reward Jacob screened the film at Cannes in 1992 outside the compe­ti­tion. “Le Batteur du Boléro” is thus both an homage to actor Jacques Villeret as it is an anti-homage to Ravel’s piece.