Glacier Kwong - fights in exile for the politically persecuted 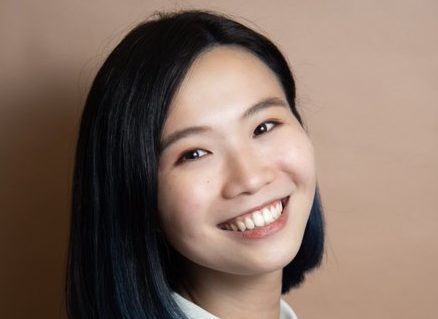 Becoming the face of the Hong Kong protest movement in Germany was not something Glacier Kwong had planned. When the pro-democracy protests in her hometown escalated two years ago, the 25-year-old was in Hamburg, where she has been enrolled at university since 2018. From afar, she watched as former classmates were surrounded by police amid clouds of teargas. Many of her closest friends were arrested.

Kwong, who was already politically active as a teenager, watched powerlessly. When Joshua Wong, whom she still knows from the times of the 2014 Umbrella Movement, announced a series of lectures in Europe shortly afterwards, Kwong didn't take long: In places like Berlin's Humboldt University and the German Federal Press Conference, she sat on the podium next to Hong Kong's best-known activist, talking about her specialties: Beijing's growing surveillance and the possibilities of digital resistance.

Joshua Wong was arrested again not long after his return to Hong Kong. Glacier Kwong remained in Germany, where she became the most sought-after Hong Kong exile. She gives interviews, lectures, writes newspaper columns, and has initiated a petition in the German Bundestag to enforce sanctions against Chinese officials. "Sometimes I wish I wasn't so visible," says the activist, who is currently writing her doctoral thesis on data protection at the University of Hamburg. "But at the same time, I know I'm quite privileged with my notoriety. If I get into trouble, there will always be people to help me."

Meetings and interviews only with Faraday bag

With the COVID restrictions and especially the new security law, the Hong Kong democracy movement is barely visible on the ground. "At this stage, all the basic freedoms guaranteed by the principle of "one country, two systems" have been eroded. Hong Kong's civil society is shrinking, and with the National Security Act, we have also lost our freedom of speech and press." This makes it all the more important now for the diaspora to unite, Kwong said. "We are trying to find new ways to keep up the struggle." Together with other exiles, the PhD student has been publishing the magazine "The Flow" since the beginning of the year, which is aimed at the politically persecuted: "We want to create a platform for discussions that can no longer exist like this in Hong Kong."

She herself has contributed several articles on the topics of online activism and censorship, most recently one titled: "Silent War." Meanwhile, Kwong advises other activists on how best to protect themselves from surveillance. When she meets with friends or for interviews, she puts her cell phone in what's called a Faraday bag, which uses a metalized protective cover to block all signals and make eavesdropping impossible.

The hup to now free Internet is the next target of Beijing's grip on Hong Kong after the banning of pro-democracy publications such as Apple Daily, Kwong believes. "I wouldn't be surprised if the government blocks even more websites and bans access to VPN channels soon. The city will become a kind of black box from which no information can get out or in. The world should slowly forget about Hong Kong's democratic community this way."

Beijing's attempt to link Hong Kong even more closely with the economic cluster of the Greater Bay Area on the South China mainland, for example, with new train connections and cross-border job programs, is also aimed at choking off the last of Hong Kong's political resisters. But he said there should be no illusions about the city remaining as economically free as before. "I think the recent crackdown by the government on tech companies like Alibaba has clearly shown that there is always an invisible hand pulling the strings in China's markets."

Risk of return too great

For the time being, Kwong does not want to risk a return to Hong Kong. "I think the authorities would arrest me as soon as I get off the plane. In their eyes, I am definitely a criminal because I am working abroad to promote freedom and democracy in Hong Kong."

Kwong has since cut off contact with her parents and siblings - to protect them, she says. "Normally, I'm not a person who gets homesick easily. But lately, emotions often overwhelm me. After more than a year in exile, I have to accept the possibility that I may never see my home again." Fabian Peltsch