U.S. military base in South Korea mired in corruption scandal 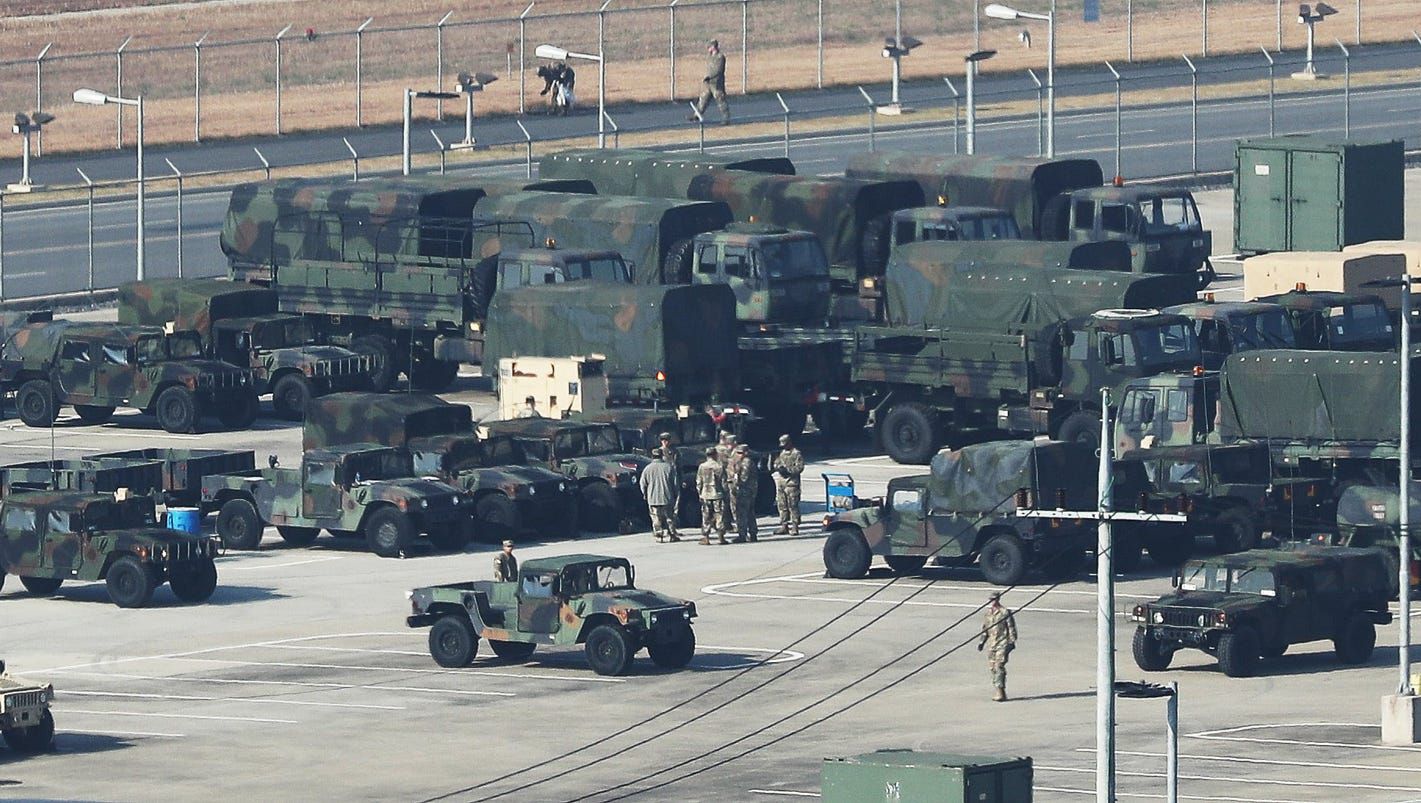 The expansion of Camp Humphreys in South Korea is one of the largest construction projects in the history of the U.S. military. After its expected completion in 2020, the base, located 40 miles south of Seoul, will be the largest overseas U.S. military installation in the world.

Humphreys will eventually be home for up to 42,000 U.S. military personnel, and a small piece of America is being constructed there so they won't get homesick. These comforts of home include dozens of U.S. fast-food chains, a golf course, water park and a football stadium.

On Friday, South Korean prosecutors in Seoul raided the offices of SK Engineering and Construction, an affiliate of South Korea's third largest conglomerate SK Group. They collected hard drives and documents with information on SK's construction contracts at Humphreys in connection with their investigation.

More: New U.S. base not entirely out of range of North Korea threats

SK has constructed multiple buildings on the base, along with building road, water and power networks.

According the Justice Department, between 2008 and 2012, Duane Nishiie, at the time a contracting officer for the U.S. Army Corps of Engineers, and a former Korean Ministry of Defense official, Seung-Ju Lee, were charged with multiple crimes related to directing over $400 million worth contracts to SK in exchange for $3 million in bribes. Prosecutors accuse the two of concealing the funds in bank accounts run by Lee.

Nishiie left the army in 2012 to become a lobbyist seeking US defense contracts. Both Nishiie and Lee were indicted in September 2017.

The Humphreys corruption scandal is just the latest case to hit SK in recent years. In 2013, SK Chairman Chey Tae Won spent two years in jail for embezzling over $42.24 million. After his release in 2015, he was put back in control of SK.

According to a report published in the Wall Street Journal, Won received many privileges during his incarceration and had over 1,700 visitors, which effectively allowed him to run the company.

Since May, the South Korea's new President Moon Jae-in has promised to clean up the widespread corruption in South Korean business. The SK case is putting the spotlight on his promises.

The U.S. military has around 28,500 personal stationed in South Korea. The US is currently in the process of a historical move. After decades, the U.S. base Yongsan in the heart of Seoul is being closed. While serving as a more attractive location for U.S. military, Camp Humphreys is also not in direct range of conventional North Korean artillery.

But the U.S. military presence in South Korea is a constant source of tension. Aside from the costs to taxpayers, the massive transfer of troops has had environmental consequences. On Wednesday, an environmental report was published that revealed heavy pollution of groundwater near the base at Yongsan. A test identified a level of the carcinogen Benzol, 700 times the accepted limit.

The heated rhetoric between President Trump and North Korean dictator Kim Jong Un has also put a spotlight on the U.S. military's presence in South Korea. This has agitated many South Koreans, and there have been massive protests in recent months.

According to the Diplomat, the U.S. Army refers to Humphreys as "the largest power projection platform in the Pacific."

If the SK bribery scandal will affect the continued expansion of Humphreys remains to be seen. But it is clear that no matter who puts up the money for buildings, the U.S. military will be in South Korea for the foreseeable future.

This article was originally published on DW.com. Its content is separate from USA TODAY.