Post-Merkel Germany: where left is right and right is left 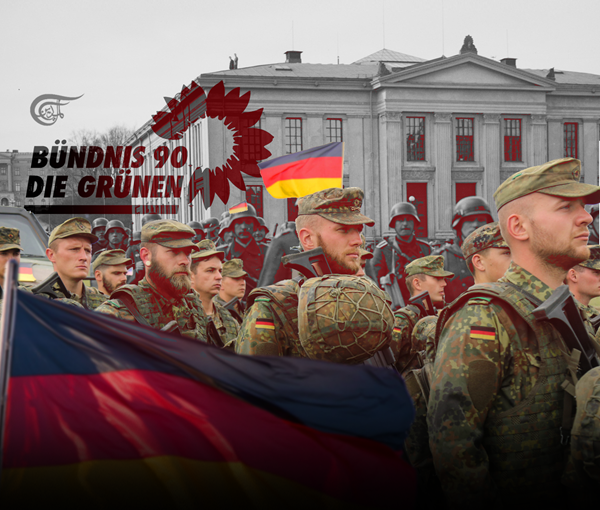 Lefty-liberal militarism and right-wing pacifism? The war in Ukraine has turned our normative belief system upside-down

"Der Tod ist ein Meister aus Deutschland": Death is a champion from Germany. So goes a famous line taken from the poem Todesfuge (Deathfugue) by Paul Celan (1920-1970), a Romanian-born Jewish Holocaust survivor and one of the most influential German-language poets of the post-World War II era.

Published in Germany in 1948, the poem addresses the horrors of the Nazi extermination campaign in a way that is so hauntingly beautiful that, at the time of its publication, it succeeded in insulting the white fragility of German intellectuals like Frankfurt School of thought co-founder, Theodor W. Adorno, who said that "to write a poem after Ausschwitz is barbaric."

Seven decades later, the narcissistic, power-hungry nation that plunged the world into death in destruction not once, but twice, and whose racial superiority complex tried to wipe off the face of the earth the Herero and Nama peoples in Southern Africa and the Jews of Europe, is once again doing its reputation as Champion of Death justice.

This time around, not by genocide, but by once again engaging in the same kind of toxic megalomania and militarism we are so used to from "zee Germans": by inundating Ukraine with weapons of destruction in its ongoing war with Russia, a radical departure from relative non-interventionism (relative, because Germany has long held the dubious honor of being among the Top 5 global arms exporters) which Germans have the audacity to frame as a moral duty.

As a result of the war, the German army, the Bundeswehr, has been given an unprecedented financial booster jab of 100 billion Euros, paid for by the German taxpayer, while 200+ people are dying daily from COVID-19. In order to illustrate this absurdity, Germany's health minister, Karl Lauterbach, likened the ongoing body count to a passenger plane crashing every day. Yet despite record-high infection rates, face-mask mandates and social distancing rules have been dropped in a reckless Freedom-Day manner.

Let the irony sink in for a second: it is legally possible to supply Ukrainian Neo-Nazi regiments like the Azov Battalion with killing machinery, but not to uphold life-saving face-mask mandates in one's own country. Such are the twisted priorities of the Social Democrat/Green party/neoliberal FDP coalition government that has followed Angela Merkel's 16-year tenure, who are shamelessly putting military-industrial profit over public health...