The Tiny Islands at the Heart of Germany's Offshore Wind Boom 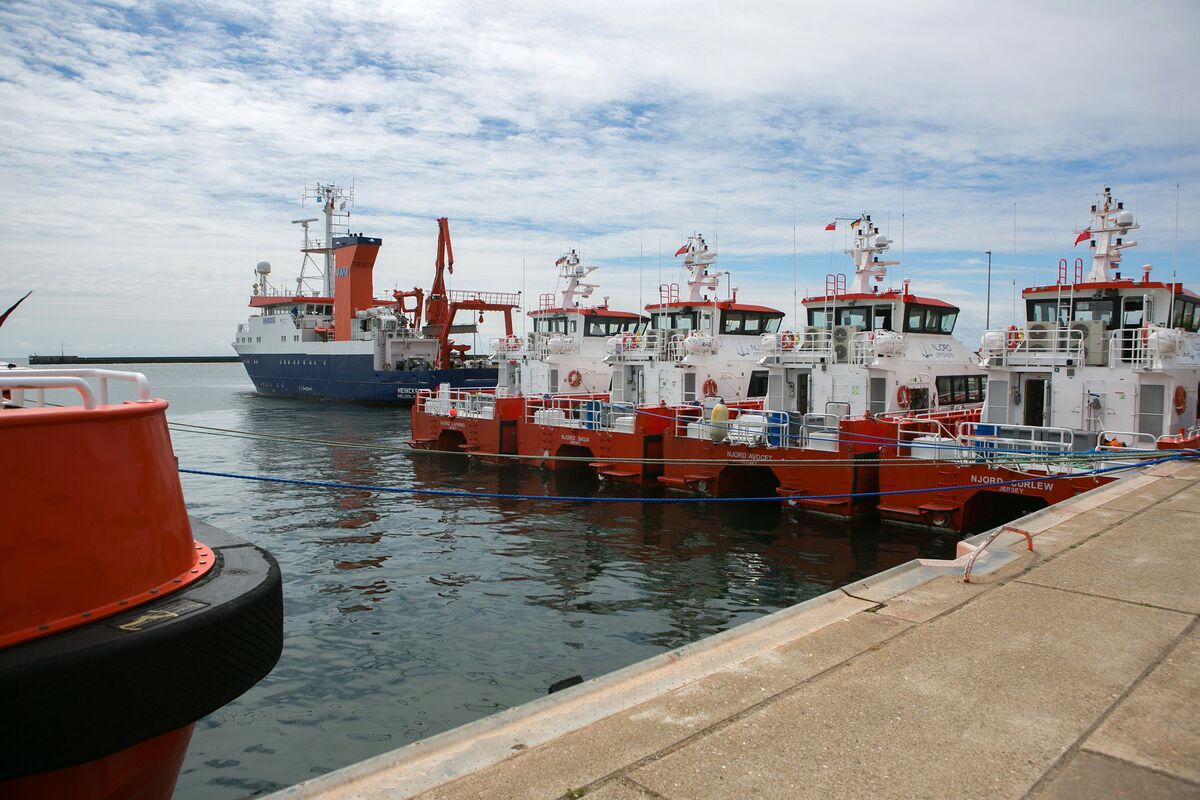 By Nicholas Brautlecht and Tino Andresen

An industrial revolution is sweeping over Heligoland, a tiny German North Sea archipelago once annexed by the British, and a haven for bird watchers until the wind farmers moved in two years ago.

“Offshore is a blessing for our island,” said Peter Singer, the 51-year-old head of Heligoland’s port project company. “Commercial tax revenue has risen by 50 percent in the last two years.”

Singer, whose roots on the island go back to the 19th century, led a team that spent a year clearing the harbor of 1,300 bombs, grenades and bullets, remnants of two world wars. That has helped transform Heligoland, dependent on daytrippers seeking tax-free liquor and tobacco, into an offshore service hub for the wind turbines that now pepper the horizon.

About 100 wind farmers have joined the 1,400 population, recognizable in their bright red overalls. Managers in business attire, once as rare as the black-browed albatross that sporadically visits its distinctive red cliffs, have also become a regular feature.

EON is racing to complete construction of the 288-megawatt Amrumbank West wind farm 35 kilometers (22 miles) to the north before winter. Crews of 12 will then set out every morning to carry out maintenance and repairs on the 80 Siemens AG wind turbines rotating in the often inclement waters.

Proximity to Heligoland saves EON’s staff the 44-mile daily shuttle from the coast and means they don’t have to sleep aboard hotel vessels common at other wind farms, says Sven Utermoehlen, the head of the company’s global offshore business.

As Germany makes headway with its goal to generate as much as 45 percent of its power from renewables by 2025, EON and its competitors are installing a total of 208 turbines, each spending about 1 billion euros ($1.1 billion) on the endeavor.

Some 170 wind mills are rotating, with undersea grid cables spanning a distance of about 90 kilometers that connect the generators to the mainland, producing enough power to serve 900,000 households for as long as 25 years.

“Heligoland is a very convenient accommodation platform for us, little more than an hour away by ship from the wind farm,” said Hans Buenting, the head of RWE Innogy, whose 295-megawatt Nordsee Ost farm operates turbines supplied by Senvion SE.

Singer estimates the boom will bring in more than 100 new jobs. While most of the recruits will come from the mainland as tasks at sea demand specially trained staff, some islanders are gaining employment.

“Some are finding positions as captains or nautical officers, others can do refueling and mooring tasks,” he said.

Still, emigration is a drain on the local economy. Young islanders leave to pursue education and apprenticeships further afield.

Except for a short-lived boom after the fall of the Berlin Wall, when East Germans flocked to the islands, tourism has slumped. Last year, it counted just 316,000 guests, a far cry from 830,000 in its heyday in the 1970s.

“We can’t compete against low-cost flights to Mallorca for 80 euros or 90 euros,” said Singer. Prices for a return ferry ticket from Hamburg to Heligoland range from 69 euros to 145 euros.

His gold-rush spirit hasn’t yet spread to all the islanders.

“Many still view the offshore-story as alien,” said Werner Feuerhake, a 63-year-old technician. “In the past, people caught fish, now they catch the wind. That’s positive, but we need to sharpen people’s awareness of that.”