Servants of the regime 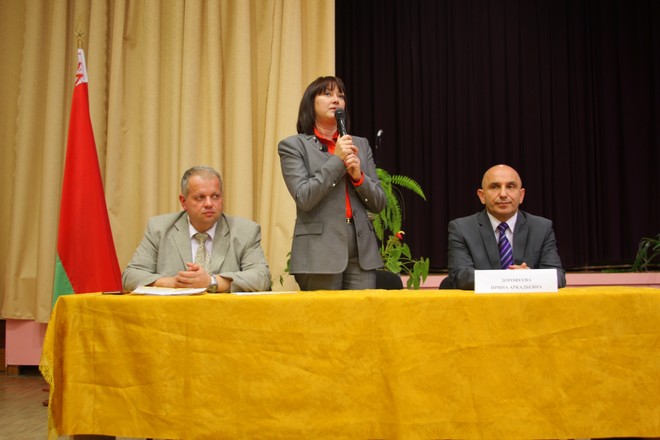 From the outside, the role of women in Belarusian society seems quite equal. Expected to be mothers, workers, cleaners - and often also the victims of violence - women receive little support in the political sphere, though more than ever have been nominated for parliament

Lidia Yermoshina is the most powerful woman in Belarus, yet holds misogynistic views on the role of women in society and politics. The 63 year-old head of the Central Election Commission has been responsible for the manipulated elections that continue to justify President Lukashenko's regime. She became famous in 2011 with a comment about the women detained after a huge protest against falsifications in the presidential elections "They should stay at home and cook borscht!"

Since then she has continued to cast degrading judgements on women who do not plan marriage and children, highlighting their "non-political nature" and lack of commitment to motherhood. Yermoshina has no problem in contradicting herself: on the one hand she represents one of the few women in top positions in the presidential administration, but on the other she plays the anti-feminist, telling women not to aim for a career.

Does a person like Yermoshina stand for the patriarchy of Lukashenko's system or for its progressiveness? What role do women play in Belarusian politics? Who is addressing their concerns?

Gender equality is considered to be a factor of democratization for a country. Despite the fact that Belarus is an authoritarian regime, it is ranked highly in gender equality indexes: 31 of 188 in the United Nations Gender Inequality Index, and 34 of 145 in the World Economic Forum Gender Gap Index.

Indeed the situation of women in Belarus seems to be not so bad. A high rate of women has a paid job, and one third of female workers has a higher education degree, more than their male colleagues. The gender pay gap is 23%, which is comparable with that of Germany.

Photo: Singer and candidate for parliament Irina Dorofeeva in a voter's meeting in election campaign 2016 in Minsk. © Nancy Waldmann