Exploring Istanbul From a Cat's Point of View 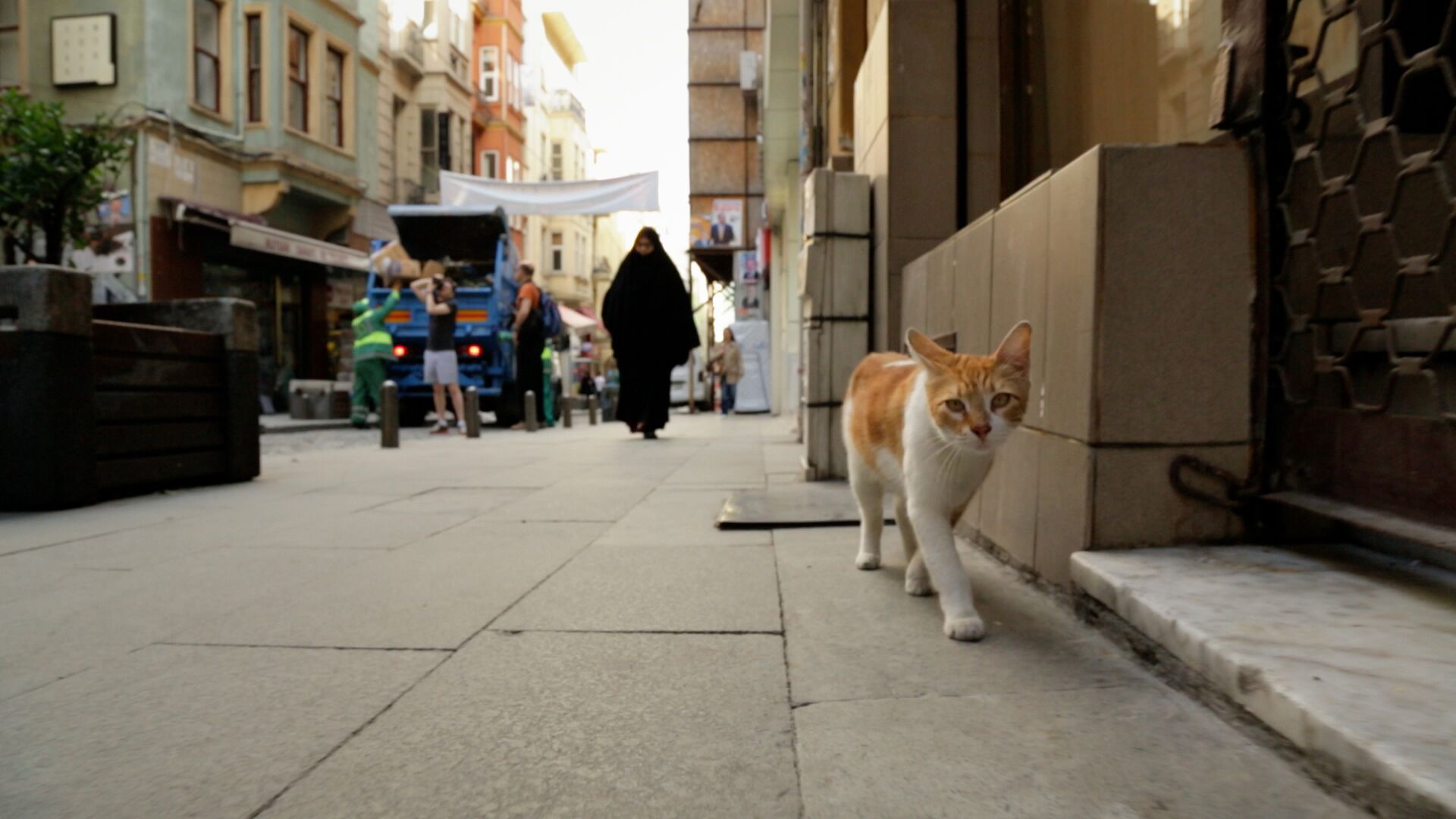 A documentary on the cats of Istanbul portrays a face of Turkey that goes beyond the usual stereotypes.

In the shadow of the big political narratives that define our image of places lie many stories untold. Unless we visit a country and its people, we are bound to content ourselves with what the media spoon feeds us. All too often, this comes through a narrow lens and all too often this lens is all we rely on.

Turkey currently seems to be stuck in a spiral of negative headlines - a string of bomb attacks in the last year, an authoritarian president who wants to maximise his power and a country seeming to be rapidly losing its credentials as a democracy. The result is not only a sharp decline in the number of tourists, but also a transformation in the way people perceive the country.

But here's an alternative view of the country that likes on the border between Europe and Asia: Kedi, a refreshing documentary on Istanbul's street cats that is currently winning the hearts of international audiences. Kedi (Turkish for 'cat') has been directed and shot by Turkey-born Ceyda Torun and her partner, the German cameraman Charlie Wuppermann and is playing in festivals to very positive reviews.

Anyone who has been to Istanbul will have noticed the omnipresence of felines in the streets and alleys of the metropolis. Split up between two continents, Turkey's largest city is home to hundreds of thousands of cats roaming around in harmony with their human neighbours. They enter restaurants, shopping malls and people's homes in search of love and food.

Since I moved to Istanbul two years ago, I've related to the four-legged friends in ways that I would never have in my native Germany. Whenever I return home to Germany I am struck by the absence of cats on the streets. To me it says something about a society that has widely excluded animals from street life, seeing in them only a potential risk to the well being of the human population.

Cats have been a distinctive feature of Istanbul since time immemorial - they are part of its history. The old Istanbul port of Tophane was an important stop for trade ships from all over the world. Ships in the Ottoman days used to keep cats on board to chase mice. When the ships anchored, some of the four-legged hunters would find their way into the city and mix with the local cat populace. This explains why Istanbul now displays such a variety of cat races and colours.

Kedi shows us how much of its unique flavour Istanbul owns to its four-legged inhabitants. "Without the cat, Istanbul would lose a part of its soul", the film lets us know right at the beginning, and that couldn't be more true. It even seems to me that the city has produced something like its own breed of cats - you could call it " Felis catus Istanbulensis ". Nowhere in the world would you find cats more trusting towards human beings. This tells us something about the good way in which most of the Istanbulians treat them.

Bringing camera down to cat-level, the film follows seven cats, with nicknames such as 'The Gentleman' and 'The Psycho' and red-and-white furred mother cat Sari - 'The Hustler' - as she navigates cafés and restaurants to collect morsels of food for her new-born kittens. We see human beings who share their lunch with her. We hear a vendor explain how cats have the ability to absorb all her negative energy. We learn that cats - if you observe them carefully - have the same character traits as human beings. And there is also a woman who has healed her psychological wounds and traumas by dedicating her time to feeding cats.

With a fine nose for stories, the film portrays the day-to-day philosophy of Istanbulians by asking them how they relate to cats. One marvels at how much can be said about the cat-human encounter, which Kedi turns into a prism for the diversity of human stories. What sticks is a shared sense of humanity, a perspective which looks at the small beauties on our way: "A cat meowing at you is life smiling at you, reminding you that you are alive."

But Kedi also strikes some thoughtful notes: With the relentless urban growth of the past years, the living space of Istanbul's cats has transformed drastically. Green spaces have become a rare sight. Plans to turn parks into commercial zones have sparked resistance, most famously during the 2010 Gezi Park protests. Cats are left to find ways to adapt to life in an ever-changing city, while depending on the support of the city dwellers. More than anything, the pressing traffic problem in the city poses a risk to cats. It is not an uncommon sight to see a kitten run over by a speeding vehicle.

With greenery disappearing, some cats find refuge in decaying buildings or graveyards, while others use the cardboard or wooden makeshift homes created by humans. Recently, the mayors of Istanbul's districts put up cat houses all across the city.

In the end, Kedi shows us that cats and humans have the same concerns. What threatens humans also threatens cats. "By solving the cats' problems we could solve our own ones," a woman in the film concludes, adding that we should be more sensitive to the small creatures living with us.

And while Kedi is not a political movie, it certainly sends out a message of social responsibility. For the attentive viewer, the only obvious political element might be a graffito that can be spotted in a cat close-up: "Erdo-Gone", a word play with the name of Turkey's current president. While one cannot help but wonder if the message is intended, the documentary's main strength lies in leading our view beyond the political. It sends us on an intimate discovery of a city that has seen thousands of years of changing regimes and populations, but in which cats have survived and flourished.