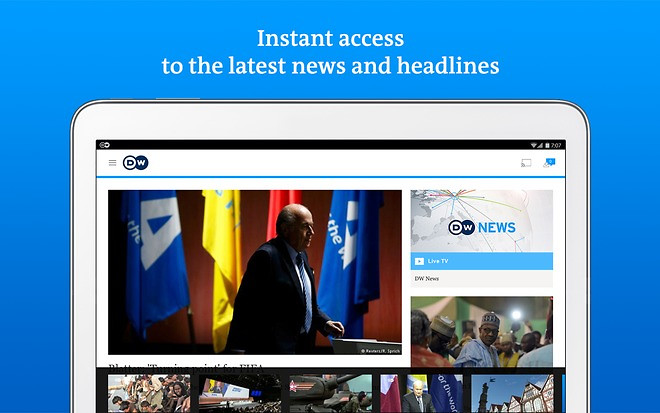 Battle over Syria at G8 summit

The G8 summit managed to put together a joint declaration on Syria. But as Russia and the West continue to have different interests at stake, the declaration remains short of any discernable progress.

Germany is urging the Turkish government to keep calm after the brutal repression of protests in Istanbul. Despite criticisms, many are calling for Turkey's EU entry negotiations to restart - now more than ever.

Critics were amazed with his translation of the Urdu epic "The Adventures of Amir Hamza" and his novel "Story of a Widow." He writes in English, but is one of the most vociferous advocates of Urdu literature in the West.

Although Iran's Islamic government continues to repress opposition groups, the Green movement has found ways to organize and live on. Some experts believe that the Iranian government is living on borrowed time.

One year after the uprising against the Libyan regime began, the country still faces an uncertain future. But the conditions for a positive economic and political development are by all means at hand, an expert tells DW.

The Arab League has proposed a UN peacekeeping mission to Syria. But the past shows these missions have a mixed record.


'I don't expect a military intervention in Syria'

There is only one reasonable solution to the conflict in Syria, says political scientist Heiko Wimmen: Urging high-ranking officials to defect.


'Islam does not live in the abstract'

Nader Hashemi, a leading scholar on Islam and secularism, tells Deutsche Welle that the two are far from being incompatible and that the West needs to do more to overcome its prejudices.

The integration of Muslims in Western Europe still leaves much to be desired despite an ageing population and the need for foreign labor. A prominent Iranian scholar argues that Islam is integral to European society.