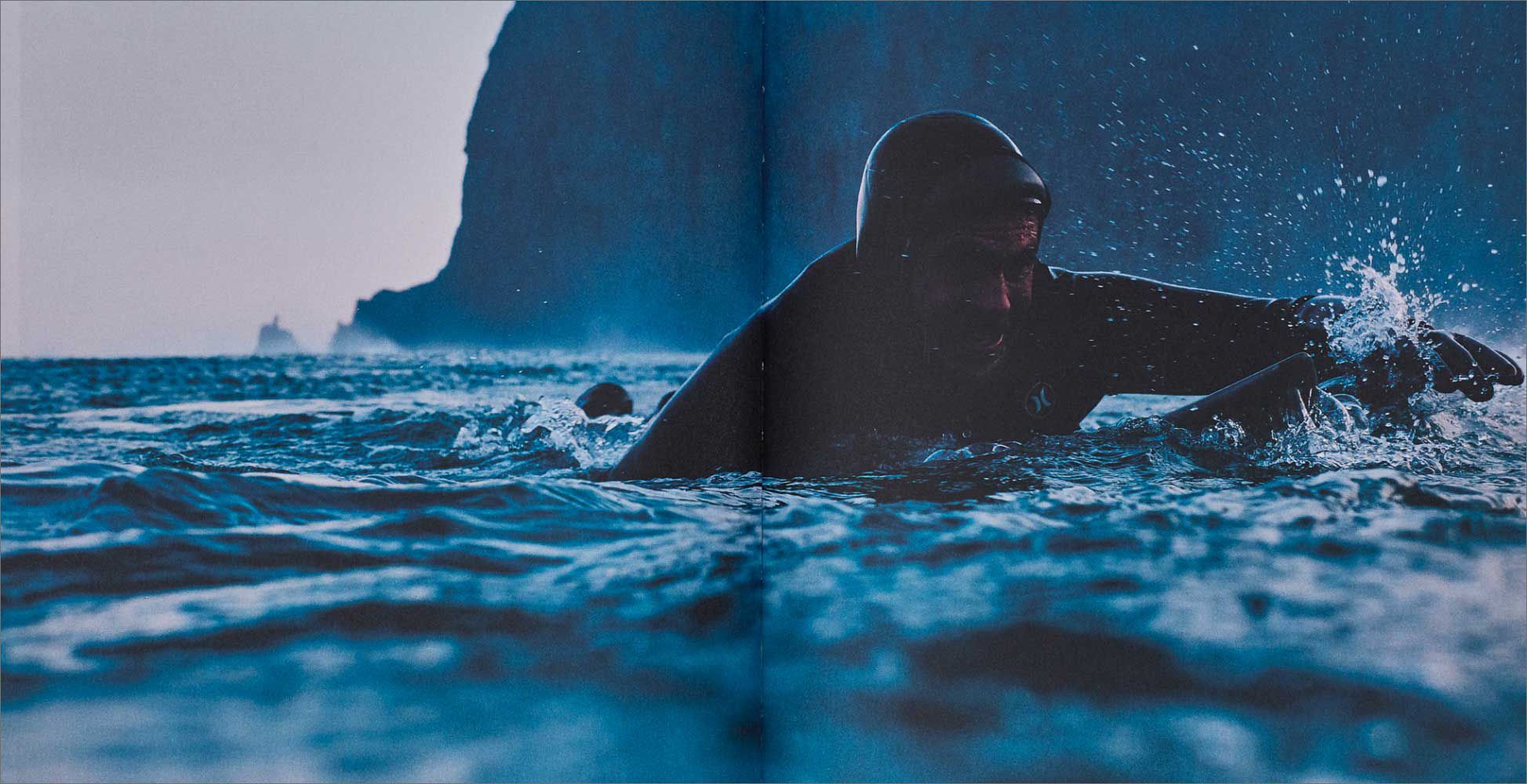 Rail Road is a surf film about Nic von Rupp directed by Gustavo Imigrante. A movie with an authorial vision that runs away from the norm, with Nic testing some of the heaviest waves of the old continent. The Portuguese surfer embarks on an adventure through Europe, going from country to country on night train rides, regional and intercity journeys, finding along the way stimulating landscapes and a lot of time to contemplate them. In the meantime, Nic surfs some challenging shallow slabs, along with Mick Fanning and some of the most brave Irish surfers.

BUT STILL NOT THERE YET."

The Rail Road book is the documentary print record of the film.

With great attention to detail in the organization of content and care of the editorial design, counts with the participation of internationally renowned photographers such as Corey Wilson, Jack Johns, Conor Flannegan, and Al Mackinnon among others. A total of 750 books were produced.

"THERE WAS A SENSE OF FREEDOM