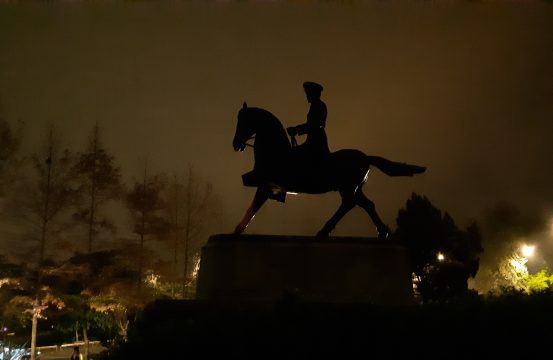 Last week a statue of Taiwan's former autocratic president, Chiang Kai-shek, was vandalized on the campus of National Chengchi University in Taipei, a university established by Chiang in Nanjing in 1927 before relocating to Taiwan following the exile of the Republic of China government to the island. (For full disclosure, I'm a Ph.D. candidate at the university.) When the news broke that night I visited the statue to take photographs and posted them on various social media platforms. I was not surprised the majority of responses from my Taiwanese associates were in support of the vandalism.