Rilke at the movies 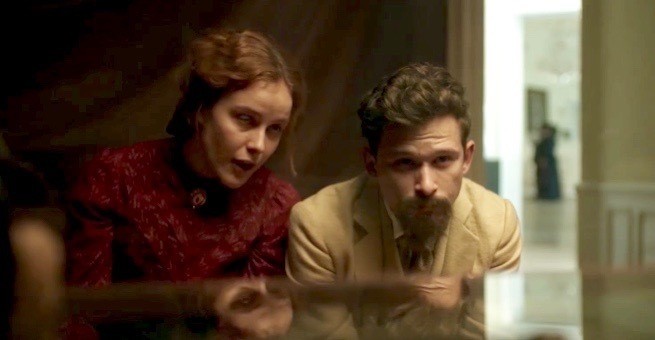 Rainer Maria Rilke may be one of the twentieth-century writers least likely to appear on a movie screen: his poetry is lyrical, even ephemeral, and not theatrical in the least. Rilke cherished solitude as a vital prerequisite for his work, though it meant living apart from his wife and daughter much of the time. Many of the poet’s other important relationships were conducted largely through the mail. Not the stuff of great cinema, one might think.

Despite this, two new German film biographies feature Rilke as a main character. Both focus on the years before the First World War, a time of intense intellectual ferment and flowering artistic creativity. Yet this age of Yeats, Freud, Rodin, Chekov, and Puccini has long been overshadowed by the cataclysm that followed . . .

Please see the seventh item in the News & Notes section of PN Review, No. 232:
http://www.pnreview.co.uk/cgi-bin/scribe?item_id=9761;hilite=paula%20modersohn-becker