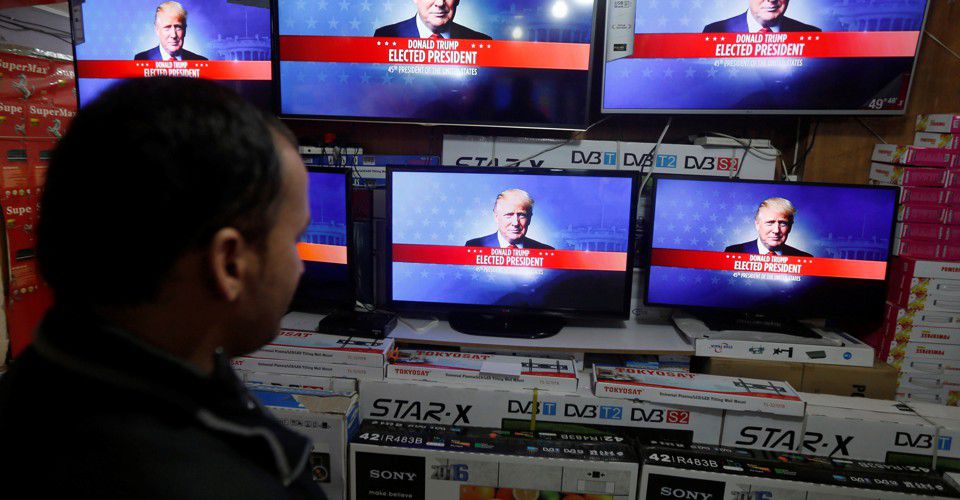 The question of what President-elect Donald Trump has planned for Afghanistan rarely came up during his run for the presidency. As is the sometimes-custom of Trump, apart from several tweets ( "Let's get out of Afghanistan?") and inflammatory comments ( "Karzai is a crook"), it's unclear what he wants to do in the country, despite the fact that it is the site of the longest war in U.S. history.

Since 2002, the international community has spent some $100 billion on rebuilding the country and its economy. Nearly 70 percent of Afghanistan's annual income is from international donors. Washington itself "is by far the largest spender on the Afghan armed forces and government. Without U.S. financial support, it is difficult to imagine the state, in its current form, surviving," said Thomas Ruttig, the co-founder of the Afghanistan Analysts Network, an independent, non-profit think tank.

Yet the next American president has been a harsh critic of the very aid the Afghan state depends on, according to Barnett Rubin, director of New York University's Center on International Cooperation and a long-time adviser on Afghanistan to both the UN and the United States. "He believes it's wasted money," Rubin said. In Afghanistan, Trump may have a strong argument. Despite what the United States has spent there in the name of improving security, UN figures indicate that civilian deaths have reached a new peak since the beginning of the census in 2009. Between January 1 and September 30 of this year, the UN recorded 2,562 conflict-related civilians deaths and 5,835 injuries. Meanwhile, Transparency International has repeatedly accused Afghan politicians of stealing millions of dollars of aid money. Corruption is also one of the main causes of the extreme poverty afflicting the country. Rubin said Trump would face congressional opposition if he tried to cut off all of Afghanistan's aid. "But I think [such aid] will come into much greater question than if Hillary Clinton has been elected," he said.

Then there's the question of whether Trump, who has expressed skepticism of overseas military intervention, will maintain current U.S. troop levels in Afghanistan. President Barack Obama, having planned to effectively conclude the Afghanistan war during his term in office, now plans to leave more than 8,000 troops in the country into 2017, leaving to Trump the decision of what to do with them. Trump has criticized "the way [Obama] got out of Iraq" as facilitating the rise of ISIS; he also told Bill O'Reilly he was in favor of leaving U.S. troops in Afghanistan, in part, to provide a check on Pakistan's nuclear arsenal ("I hate doing it, I hate doing it so much. But, again, you have nuclear weapons in Pakistan so I would do it").