The forgotten massacre of German citizens in Gaza 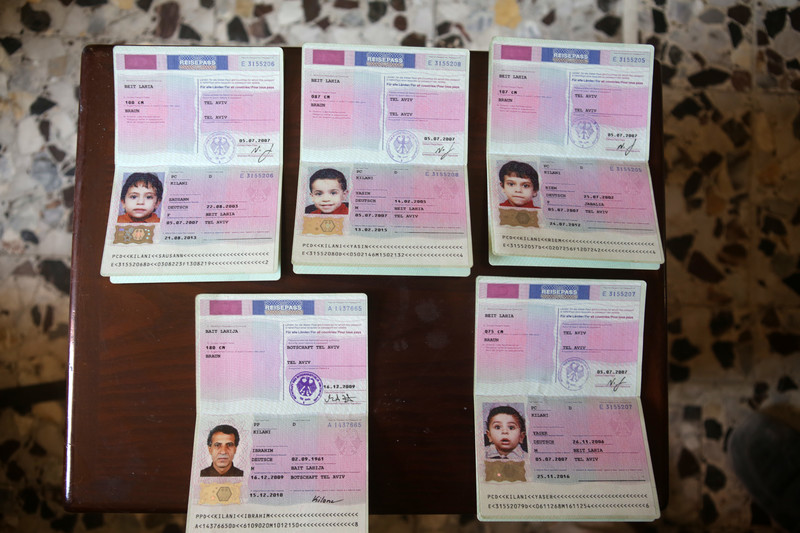 Germany's Chancellor Angela Merkel promised to " stand by the side of Israel" as it attacked Gaza during the summer of 2014. Her solidarity with the aggressor included remaining silent as a family of her fellow citizens were massacred.

Ibrahim Kilani had lived in Germany for 20 years before moving back to Gaza. He, his wife, Taghreed, and their five children were killed when Israel shelled an apartment where they had sought refuge in Gaza City.

Ramsis Kilani is a son of Ibrahim from his previous marriage, living in the German city of Siegen. Unable to attend Ibrahim's funeral because of the siege on Gaza, Ramsis has tried to keep his father's memory alive by campaigning against Israel's crimes.

Emran Feroz: One year has passed since your father was killed. Can you summarize what you have experienced since then?

Ramsis Kilani: My life has changed a lot. Especially before going to sleep, I cannot stop thinking about what has happened.

This is why I have become openly political and outspoken on the Palestinian struggle, which I should have done years before. Of course, I have always been politically interested - as the child of a Palestinian, you are born into a political situation - but I had never pushed the issue the way I do now.

EF: After the attack on your family, it became clear that neither German politicians nor the German mainstream media were interested in their and your story. Has anything changed in that regard?

RK: The German mainstream media forgot all about the killing of Palestinian civilians - whether they had German citizenship or not - even before the war on Gaza was over.

One institution which more than once expressed its deepest condolences and told me it will not stop investigating the killing of my family was the German foreign ministry. I guess that was because it knows what has been going on in Gaza for years and was confronted with the Israeli army's unwillingness to investigate its war crimes firsthand.

No politician with any higher standing in the German government has ever offered any kind of an apology, a sympathy call or even a simple comment on the case of my family.

EF: Why is that the case? Can you describe how the debate on Palestine is conducted in Germany? And how does it affect someone with Palestinian roots?

RK: The debate in Germany is obviously strongly influenced by historical issues. The Holocaust has had a deep impact on Germans, whose grandparents or great-grandparents may have committed atrocities or were at least passively complicit.

For many, the solution now is to stand in non-reflective solidarity with the State of Israel, which they think represents all Jews. This solidarity is interpreted as a sort of redemption for the genocide against millions of Jews by the Nazis.

Arabs and especially Palestinians are certainly among the most hated people in Germany. I, for example, have been called an anti-Semite because of my father's background countless times.

All these things affect you, of course. You do not feel like you belong here.

EF: Do you expect German public opinion on Palestine to change? And are you working to ensure that it does?

RK: I advise every international Palestine solidarity group not to hope for too much from Germany and to respect everything local activists can achieve here. If you have been to Germany, you know exactly what I mean.

The German left must seem like a particularly bad joke to other leftist groups across the world. It must be alone in defending a racist, extreme right-wing government and its reactionary ideology.

Still, I and many more in Germany will not be silent about the Palestinian cause. I am using the Internet as a platform in order to make people understand the situation of the Palestinians.

I am also involved in the German BDS [boycott, divestment and sanctions] groups in order to push for boycott of the State of Israel.

Emran Feroz is a freelance journalist, blogger and activist based in Germany. He is also the founder of Drone Memorial, a website listing victims of drone attacks. Twitter: @Emran_Feroz.