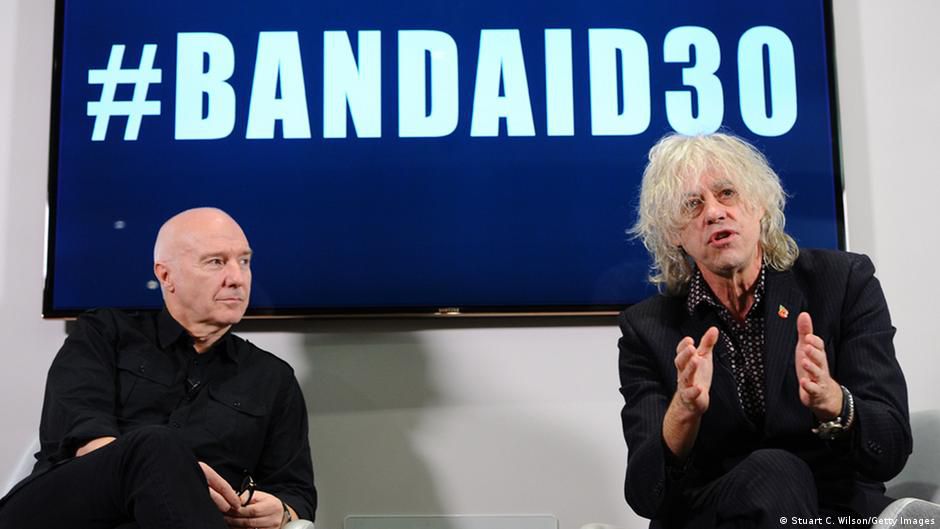 Musician and activist Bob Geldof teamed up with several celebrities, including Bono, Chris Martin, One Direction, Ellie Goulding and Sinead O'Connor in London, to record a new version of the 1984 Hit song "Do they know its Christmas" to raise money for the fight against Ebola in West Africa.

The new version of "Do they know its Christmas" premiered on November 16 on the UK talent show "The X Factor," raising up to one million pounds ($1.6 million) within five minutes of its release, according to Bob Geldof.

All the money raised from the sales of the single will go to charity in the UK, according to the country's Chancellor of Exchequer.

But reaction to the song has been mixed. Geldof has received both support and criticism for his efforts to raise money for the fight against Ebola. The hashtag #BandAid30 has been used more than 250,000 times on Twitter.

A lot of the criticism of the Band Aid song has come from Africans on Twitter.

In response, some Twitterers have been promoting a single recorded by a group of African musicians to help raise money for the fight against Ebola.

Is the debate on the Band Aid 30 single shifting the focus away from Ebola? What kind of role should celebrities play in raising awareness? Do we need celebrities to raise awareness for a charitable cause? Post your views on our Facebook page.