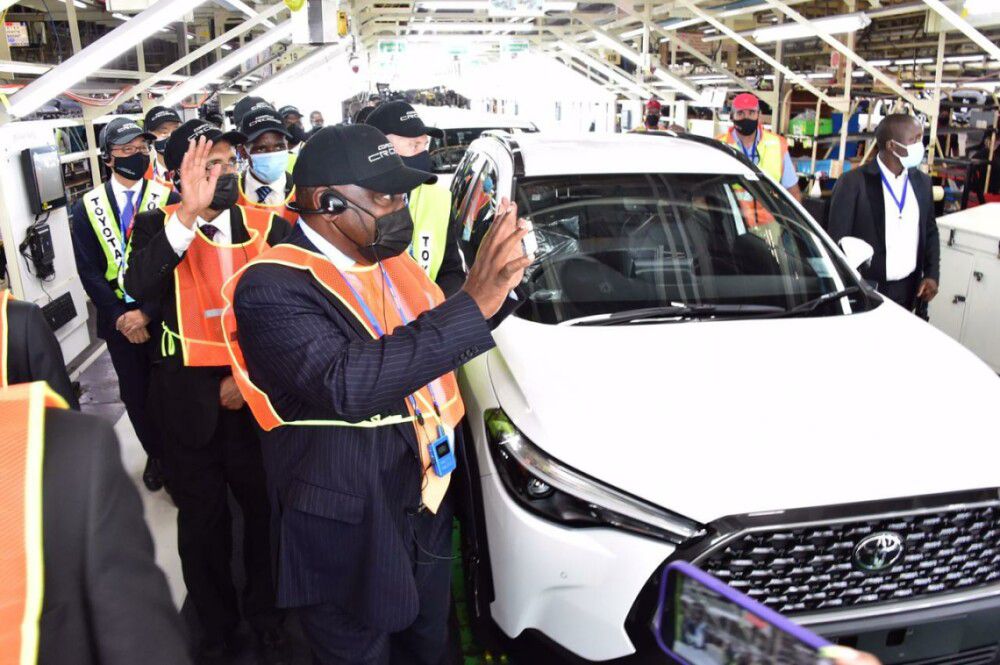 The first hybrid model to be produced locally is now, officially, a reality as President Cyril Ramaphosa waved off the number one Toyota Corolla Cross to leave the production line in Prospecton, Durban.

The President – accompanied by a delegation of public officials, including the Minister of Trade, Industry and Competition Ebrahim Patel joined Toyota in celebrating the opening of the Corolla Cross production line.

TSAM’s newest production line is a result of the company’s investment commitment to the South African economy and the local automotive sector. Established some 60 years ago, Toyota in South Africa has grown significantly over the years and now manufactures Hilux, Fortuner, Corolla Quest and Hi-ace at its Prospecton Plant, while selected Hino and Dyna models are produced as SKD or semi-knocked-down assemblies.

“If you tally up the investments we have made in this plant spanning the last five years – of which Corolla Cross accounts for R2,6-billion, we arrive at a cumulative figure of more than R6,5-billion. So, we are therefore committed to further developing and strengthening our business in South Africa and making a difference in the country, our communities, our suppliers, dealers, customers and of course in own employee’s lives,” says Andrew Kirby, President and CEO of Toyota South Africa Motors (TSAM).

The introduction of the Corolla Cross model has generated a total of 575 new jobs at the TSAM plant while some 1 200 direct jobs were created in the component supply base. Another significant focus during the project was to maximise the local content for this model. This resulted in the localisation of 621 parts with 56 local suppliers – 16 of which are Black-owned. TSAM has also onboarded five new Tier-1 suppliers (all Black-owned) and 12 new Tier-2/3 suppliers. The economic contribution with TSAM’s local suppliers for this project is more than R1,4-billion a year.

According to Ramaphosa: “I had called upon Japanese carmakers to strengthen their investment in South Africa. A few months later at the second South Africa Investment Conference, Andrew Kirby came up to stage to announce Toyota’s new investment (R2,6-billion)… I am particularly pleased to see the announcement that was made has led to the creation of so many jobs – a total of 1 775 jobs made through the announcement of the investment .”

The new Corolla Cross is based on the Toyota New Global Architecture platform, or simply the TNGA platform. As of August 2021, 32 Toyota and Lexus models are using this platform and now account for approximately 70% of global Toyota sales.

From a regional marketing perspective, the Corolla Cross is produced in both right and left-hand drive variants and is also the first model to be produced en masse on the continent. It will be exported to more than 40 countries in Africa.

The introduction of hybrid technology in the Corolla Cross line has required altogether new assembly processes as well as vehicle testing systems, and these are now part of TSAM’s standard operating systems at the Prospecton Plant.

For the Toyota customer, hybrid technology has the obvious benefits of lower emissions and significantly reduced fuel consumption while reinforcing the overall driving performance – but for TSAM, the introduction of the low-emission Corolla Cross in hybrid guise is significant in that it is integral to the company’s roadmap towards Carbon Neutrality.

The launch of South Africa’s first locally-produced, volume Hybrid Electric Vehicle not only allows many more local customers the opportunity to accelerate their own change to green mobility far quicker than what was previously possible, but also establishes the building blocks for TSAM’s long-term sustainability as a globally competitive and relevant exporter. TSAM is committed to the adoption of New Energy Vehicles in the South African market and will keep pace with the green regulations in our export markets such as the European Union and the United Kingdom.

Kirby adds that TSAM has set a “very ambitious” target of selling more Hybrid Corolla Cross models than traditional internal Combustion Engines (ICE) models by 2025.  To put this into perspective, in 2020 the local industry only sold 324 New Energy Vehicles (155 of them being HEV, 77 PHEV and 92 BEV), and this year to-date, only 322 have been sold (169 of them being HEV, 46 PHEV and 107 BEV).  Incidentally, most of these have been Lexus models. 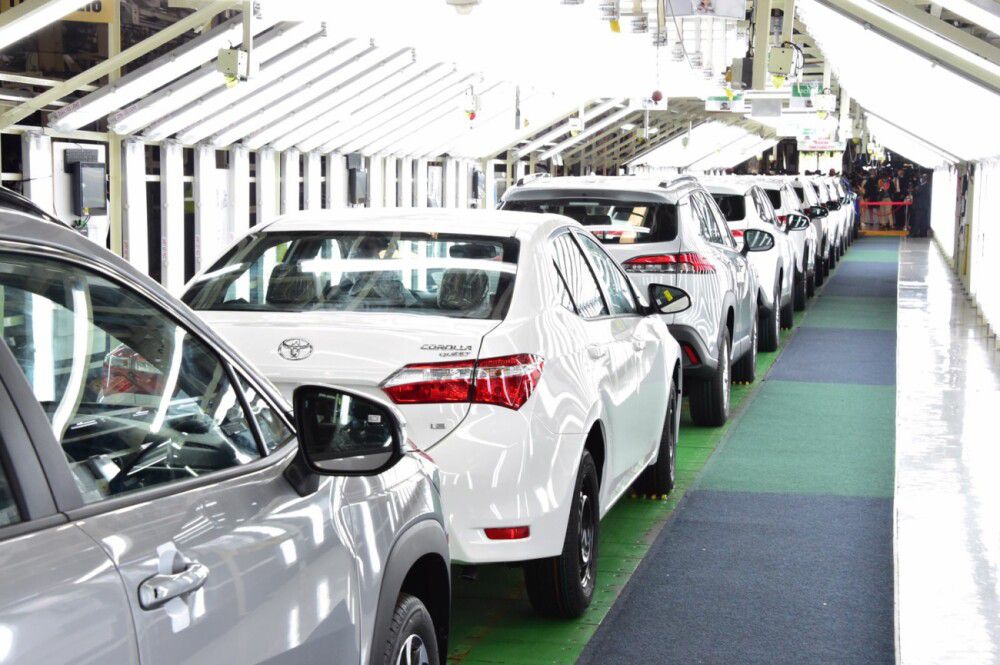 “We plan to fundamentally change the NEV landscape in South Africa from a few hundred NEV’s a year to well over 10 000 units per year,” says Kirby.

His sentiments are echoed by Toshimitsu Imai, General Manager Africa Support Division in Toyota Motor Corporation and Chief Operating Officer at Toyota Tshusho Corporation: “We are trying our best to make a significant contribution to reduce carbon emissions. We are currently proposing hybrid technology for South Africa as it is important for local vehicles to have proper range or mileage.”

As a final step towards carbon neutrality, TSAM is investigating ways to eliminate or off-set the balance of its carbon emissions, especially those originating from the use of natural gas in its production processes. The company plans to invest over R2-billion to realise these goals in the next seven years.

“This isn’t just limited to reducing vehicle emissions; our activities span the entire value chain, which includes our suppliers, manufacturing facilities, offices, parts warehouse as well as our dealer network. For example, since 2006 we have reduced our total factory carbon emissions by 34%, improved our energy efficiency by 29% and already achieved carbon neutrality at our Hino Manufacturing Facilities and at some of our other office sites… In fact, we are targeting to be 100% reliant on renewable energy by 2028,” explains Kirby.