Already in the 16th century, after the Reconquista, mostly Sephardic Jewish refugees from Portugal came to "Hamburgo" – my birthplace. Hamburg has the oldest Portuguese-Sefardic Jewish cemetery in northern Europe and is applying to get it on the UNESCO world heritage list right now. It can be found in Altona, a district in the west on the banks of river Elbe, where my mother was born.

Later on, many Portuguese left their country during dictatorship in the 20th century. The Portuguese quarter adjacent to St Pauli evolved in the 1960 and 70s, when Portuguese and Spanish former seamen who knew Hamburg from their travels and immigrants settled there. Next to it lay the quarter of a considerable community from Poland. About 50 years before today, Germany had asked for Portuguese workers to come to the north. Seamen came, business people, workers for Hamburg's industry and its port... Today, Hamburg hosts the biggest community with roots in Portugal (11.000) compared to other German cities, there is even a Benfica Football club in Hamburg and a street named after fado singer Amália-Rodrigues!

Since then, several Iberian restaurants and cafés have been opened here. While the Portuguese Quarter is still rich in culinary establishments, the ratio of Portuguese restaurants in recent times has decreased considerably. However, the number of Scandinavian seamen’s churches has not decreased over the years. The Norwegian, Danish, Finnish and Swedish churches on Dietmar-Koel-Strasse are well worth visiting especially during the festive season, when these communities host their annual Christmas markets. The quarter then exudes a truly pan-European flair. Would you prefer grilled fish and a Galão – or perhaps a reindeer stew and a Finnish sauna? All of this and more is but a few minutes’ walk away. 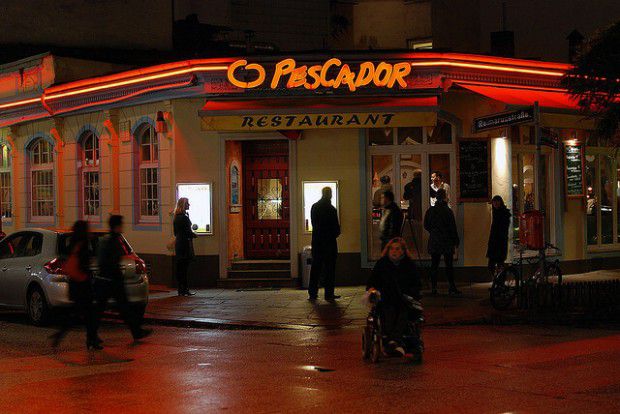