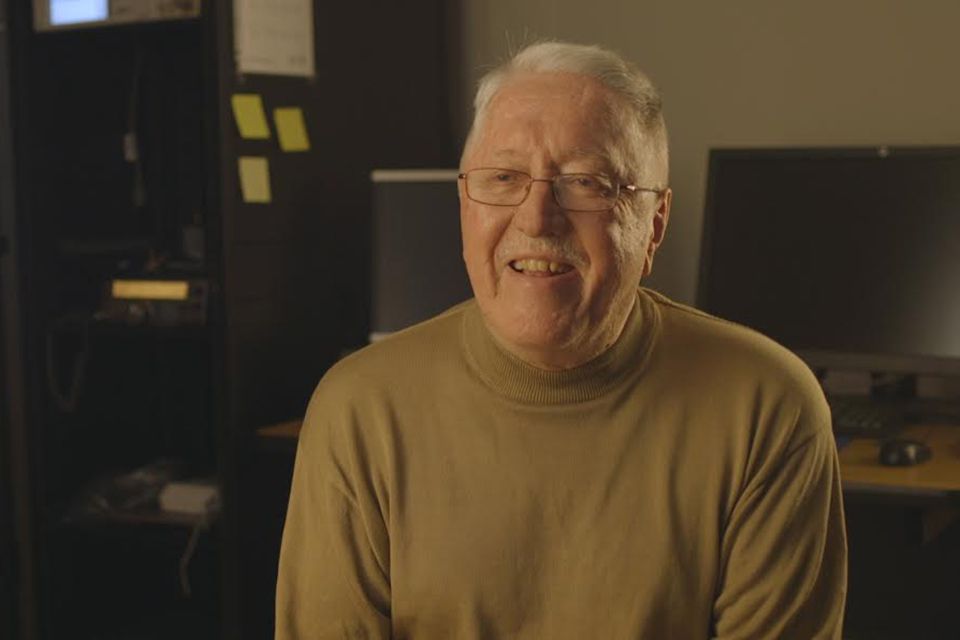 Don Bostrom, at the time a recent graduate of California State University, Northridge - then known as San Fernando Valley State College - sat in a control center at Edwards Air Force Base northeast of Lancaster. The year was 1964, and Rocketdyne - a major supplier of U.S. rocket engines - was testing F-1 engines for NASA. The engineers launched the engines from test platforms on a ridge, about 800 feet from the control centers where Bostrom '64 (Electrical Engineering) and his team monitored the test runs. The thick glass windows of the control center shielded the engineers from the fireball erupting from the test stand that mounted the 16-foot-tall test engines.

Bostrom was used to tests and pioneering programs. He was one of 89 students in Valley State's very first engineering program, developed by dean George Harness in 1959 at Northridge. Shortly after Bostrom's graduation in 1964, he scored a job at Rocketdyne, based in Canoga Park.

"Only a few of us made it to [graduation], and jobs were scarce in 1964," Bostrom said. "But I went to work at Rocketdyne on the F-1 rocket engine testing. For a 22-year-old engineer, this turned out to be a very exciting first job."

Bostrom said he was always passionate about technology and engineering. His father was an amateur radio operator, and Bostrom spent many hours learning from him about electronics at the family's home - just one block from Northridge. He graduated from Birmingham High School in Lake Balboa (now Birmingham Community Charter High School) and decided to enter the new Valley State engineering program, which was unaccredited at the time.

"We had to work hard because in applying for accreditation, you have to have proof of certain standards and achievements that would qualify the school for being a valid engineering school," Bostrom said.

The Accreditation Board for Engineering and Technology (ABET) granted the fledgling engineering program accreditation in 1966, two years after Bostrom's graduation.

"My second job with Hughes Aircraft Company was as an associate engineer because I didn't graduate from an accredited school," he said. "But I happened to go to UCLA to get a master's degree in electromagnetics and that cured the problem."

When Bostrom went to work for Rocketdyne - at the height of the space race between the U.S. and the Soviet Union - the company had committed to supply NASA with engines for its Saturn V rockets, which were later adopted by the Apollo program to send astronauts to the moon.

"After all that exciting testing and work, the idea of having helped put men on the moon (in 1969) is really what sticks with me," Bostrom said.

As a test engineer, Bostrom was responsible for placing sensors on the engines that recorded various parameters, such as temperature and pressure. Each engine clocked 250 seconds of test time to be delivered to NASA.

After working to deliver 175 engines to NASA, Bostrom worked at Rocketdyne's Santa Susana facility for a few months - but he was laid off in 1967 when the company merged with the Rockwell Corporation. Shortly after, the Hughes Aircraft Company hired Bostrom to design radar systems. He spent the duration of his career with Hughes - 32 years - until retirement in 1998.

Bostrom said the engineering program at his alma mater prepared him well for the rigorous responsibilities at Rocketdyne and in the aerospace industry.

"[CSUN] gave me the incentive to be interested in different aspects of engineering," he said.

In retirement, Bostrom maintains close ties to the university, as it occupies a special place in his heart. A passionate singer during his time at CSUN, he met his wife of 53 years while enrolled in music classes. His wife, Sandra J. Bostrom Aguado '65 (Music), retired from teaching at CSUN, now composes music for the industry.

"I enjoyed [CSUN] tremendously," he said. "If you're interested in science and technology, then be an engineer. There is nothing nicer than saying, 'I built something' or, 'I made it work' or, 'I found a problem and solved it.' These are all parts of being an engineer."