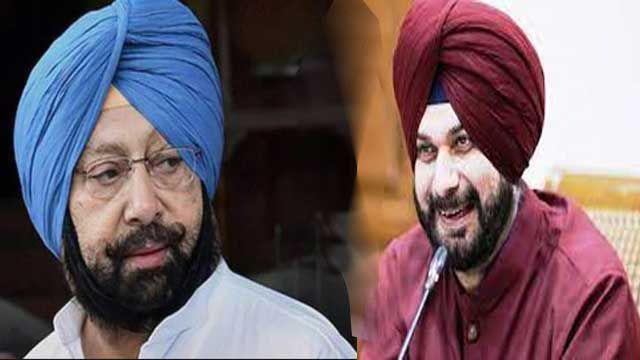 Chandigarh: On one hand the Congress High Command is busy trying to quell tussle of Punjab Congress, on the other hand, "Captain Amarinder Singh" name has started raising as slogan of Chief Minister in upcoming 'Punjab Assembly Election 2022'.
Read This: Congress leader Jitin Prasad joined BJP with these allegations
While posters of Captain's support have also started appearing in different cities of Punjab, on the other hand, the Chief Minister has also started meeting with the MPs and preparing the election strategy.
After meeting MPs Ravneet Singh Bittu, Gurjit Aujla and Jasbir Singh Gill Dimpa, the Chief Minister once again met several MPs on Wednesday.
Read This: Congress nationwide protest on Friday against petrol-diesel price hiked
In this meeting, Jalandhar MP Santokh Singh Chaudhary, Fatehgarh Sahib MP Dr Amar Singh, Faridkot MP Muhammad Sadiq, Patiala MP Preneet Kaur and Khadoor Sahib MP Jasbir Singh Gill were present. Punjab Assembly Election 2022
These MPs from Punjab in one voice spoke of the victory of the Congress party in the 2022 elections under the chairmanship of Capt.
Read This: Great-granddaughter of Mahatma Gandhi, Ashish Lata Ramgobin sentenced to 7 years in South Africa
The MPs said that they have full faith in Captain Amarinder Singh's smooth thinking towards Punjab and the ongoing development agenda for the people of Punjab will make the Congress party win the assembly elections.
The MPs issued a statement saying that they met the Chief Minister and discussed the strategy for the assembly elections to be held next year. Punjab Assembly Election 2022
The residents of Punjab want to see Chief Minister Amarendra Singh as their Chief Minister next time.
Punjab MPs said that there is no one equal to Congress in Punjab during the next assembly elections.
There is no one who is like that. Amarendra Singh's record of good governance management, administrative experience and expertise also stays close.
His experience is needed to give right direction to Punjab's economic condition in difficult times like Covid.
The MPs said that the Congress party will fight the upcoming elections unitedly. Ca. Major programs and policies of the Amarendra Singh-led government will be implemented very smoothly at the grassroots level. Punjab Assembly Election 2022