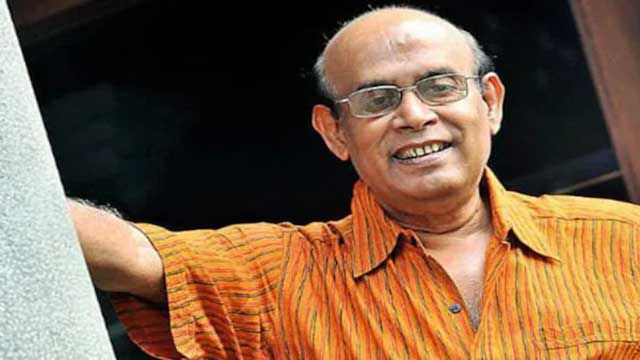 Kolkata: Multiple National Award winning Bengali filmmaker and renowned poet Buddhadeb Dasgupta passed away at his South Kolkata residence at around 6 am on Thursday.
Read This: Sunil Grover ‘Sunflower’ web series to be released on this day
Dasgupta, who breathed his last at the age of 77, was suffering from kidney and age-related ailments and was also undergoing treatment. Buddhadeb Dasgupta Death News
Condoling his death, Prime Minister Narendra Modi tweeted, "Saddened by the passing away of Shri Buddhadev Dasgupta. His diverse works have struck a chord with all sections of the society. He was also an eminent thinker and poet. My condolences to his family and many fans in this time of grief. om Shanti."
Read This: Sath Nibhaanaa Sathiya 2 completes 200 episodes, team celebrates
West Bengal Chief Minister Mamata Banerjee tweeted, "Saddened at the passing away of eminent filmmaker Buddhadev Dasgupta. Through his works he infused lyricism into the language of cinema. His death is a great loss to the film fraternity. Condolences to his family, colleagues and fans."
State Transport Minister Firhad Hakim posted, “Deeply saddened to hear about the passing of Buddhadev Dasgupta. He was an eminent filmmaker and his death is a great loss to the film fraternity. My condolences to his family, colleagues and countless fans."
Read This: Karma Takapa, actor of web series, ‘The Last Hour’, says ‘Northeast opens up possibilities
Dasgupta has been awarded the National Film Award for Best Direction for his films 'Uttara' and 'Swapner Din', while his films 'Bagh Bahadur', 'Charachar', 'Lal Darja', ' 'Mando Meyer Anecdote' and 'Kaalpurush' have also been awarded the National Award in the category of Best Film.
In addition, two of his films 'Dooratva' and 'Tahader Katha' have received the National Film Award for Best Feature Film in Bengali. Buddhadeb Dasgupta Death News
Buddhadev Das Gupta has also made an important contribution to the world of Bengali poetry. His notable works include 'Gobhir Aarale', 'Himjog', 'Chhata Kahini', 'Roboter Gaan' and 'Coffin Kimba Suitcase'.
There is an atmosphere of sorrow among the film industry, his friends, followers and cinema lovers due to his demise. Everyone is in shock and is expressing their condolences on social media. Buddhadeb Dasgupta Death News