Lewandowski: Bayern 'in the middle of a crucial period' - bundesliga.com 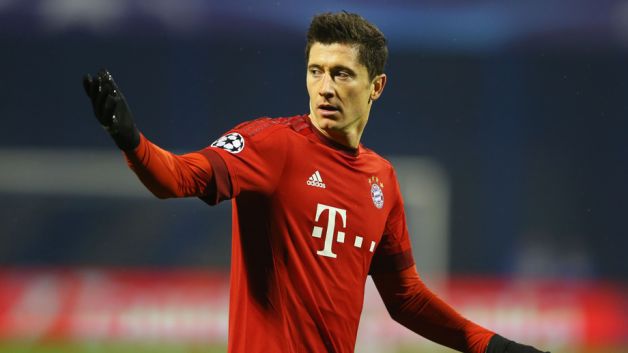 Robert Lewandowski struck a brace to give Bayern all the three points in Zagreb.

Zagreb. Bayern’s top scorer struck a second-half brace in their 2-0 victory away to GNK Dinamo Zagreb, as the four-time European champions finished Group F on 15 points and a goal difference of 19-3.

Question: Robert Lewandowski, having taken your Champions League goal tally to seven this season and helped Bayern to victory, was this the icing on a fabulous group stage for both you and the club?
Robert Lewandowski: I’m very happy, particularly to have scored two goals and that we managed to achieve all our targets. It was important for us to take the lead to break down Dinamo’s resistance. We’re totally satisfied with the result. It wasn’t an easy game. The most important thing is that we won though.

Question: How difficult was it motivating yourselves for a game that, technically, you didn’t need to win to qualify for the knockout stages?
Lewandowski: It can be difficult motivating yourself in the Champions League knowing you’ve already qualified. However, we now have tough tasks to look forward to with three games to be played in the coming ten days, two in the Bundesliga and one cup fixture. We’ll have to give it our all again. We’re in the middle of a crucial period, and then we’ll come back fresh in the new year.

Question: Who are you hoping to meet in the Champions League last 16?
Lewandowski: I don’t have any preferences really. In the Champions League, even if you’re the favoured side, it doesn’t guarantee you’ll go through. We’ll be ready, though, no matter who we come up against.

Question: After last weekend's defeat in Mönchengladbach, you’ll be hoping to get back to winning ways in the Bundesliga when hosting FC Ingolstadt 04 on Saturday. What will be the secret to breaking down their defence, which is one of the stiffest in the division?
Lewandowski: We’re turning our focus on that match now. Like in the Zagreb game, we’ll have to be patient against Ingolstadt. They won’t allow us a lot of space. We’ll have to fight, it won’t be an easy game. But that’s the Bundesliga. We’ll be prepared. It’ll be important for us to score early, that should lay the foundations for an enjoyable encounter.