ThreeWords: Photographer Neil Whiteley - An Interview about Art and Violence 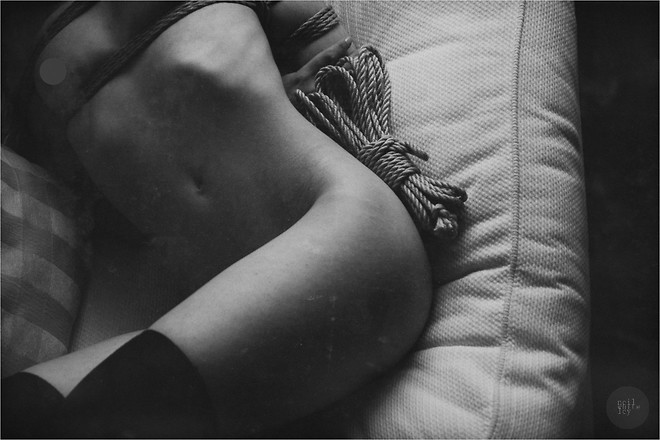 Photographer Neil Whiteley - An Interview about Art and Violence 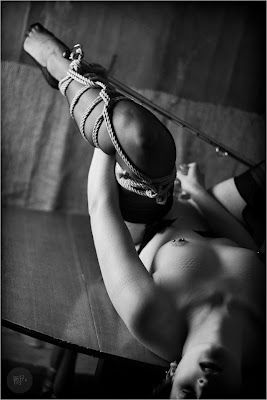 What do you love about being a Photographer?

I can't even say that I love the process. There are parts of the process that I enjoy but there are many times when frustration and difficulty cause me to hate the process.

The thing that compells me to do this is the creativity and the love of creating imagery that causes a reaction, good or bad. In some ways it's the reaction of others, to the images, that I love the most.

What is the difference between Photography 20 years ago and today?

For me, very little. There's the obvious switch from film to digital but other than that and some changes in the process, as a result, the basics are exactly the same.

How did u become a fetish Photographer?

Not all of my images have a fetish component. I think my starting point, or area of interest, was 'Erotica' and the subject of fetishes fell within that, almost by accident.

Is Fetish more a traditional or a vanguard topic for you? 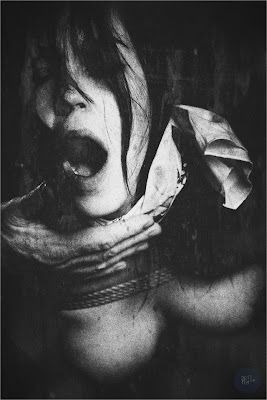 How much character does a Model need ?

For my purposes, very little. It helps if I enjoy the company of the model I'm working with but the final image doesn't care and can hide or enhance the true character of the model.

How important are emotions during your shoots?

I've found that I'm able to instruct models to emulate emotions. It certainly helps if the emotion is there, in reality, but it's not essential. If I depended upon models being able and willing to perform for real, I would rarely shoot. That doesn't mean that all of my images are emulated, I attempt to make it difficult to know which are real and which are not.

Art and violence is a big topic in your pictures – how come? And Why do they look still romantic?

Violence is a very strong term and I'm not sure that it's appropriate for the kinds of activities that I portray. Yes, there are those that would certainly see violence but when it's a consensual arrangement between adults, violence may be the wrong word.

In the context of romantic love relationships, romance usually implies an expression of one's strong romantic love, or one's deep and strong emotional desires to connect with another person, intimately or romantically. This can include relationships where there is a mutual desire to dominate or submit.

The images look romantic because that's the feeling that I want, sometimes, and I manipulate the image to achieve that result.

Favourite Spot for a Photoshoot?

Most of my images are shot at home. I prefer shooting here because it's familiar and it's where I have the greatest overall control. I do intend to spread my wings at some point in the future though as I'd like to make better use of environments that I can't duplicate here.

Where does your inspiration come from?

I can't honestly say. I'm not a big consumer of other artist's work and so I tend to take inspiration from the models that I work with.

Criteria for a great camera?

I hate this question. I have no idea.

The most expensive and best quality cameras available on the market are just as capable of producing garbage as the worst and cheapest. A great camera is the one you have. You're from Great Britain – are there any differences in the British Art Scene compared to the rest of europe?

Again, I don't know. I suspect that attitudes are more libertarian, in many other parts of Europe and so more open to my work.

If you would advice people, to would like to do shoots on their own, what would you suggest to them?

Work on developing trust with the people that you work with, especially models. Think about what it is that you want to create and then use the tools and techniques at your didposal to get as close as possible to your imagined result. Don't get bogged down in technicalities and grow a thick skin, especially if your chosen subject matter is sex.

Any stilistic prediction for doing Photoshoots in the future?

Experience has taught me to never try to predict the future.