The kids proving Berlin's still got it 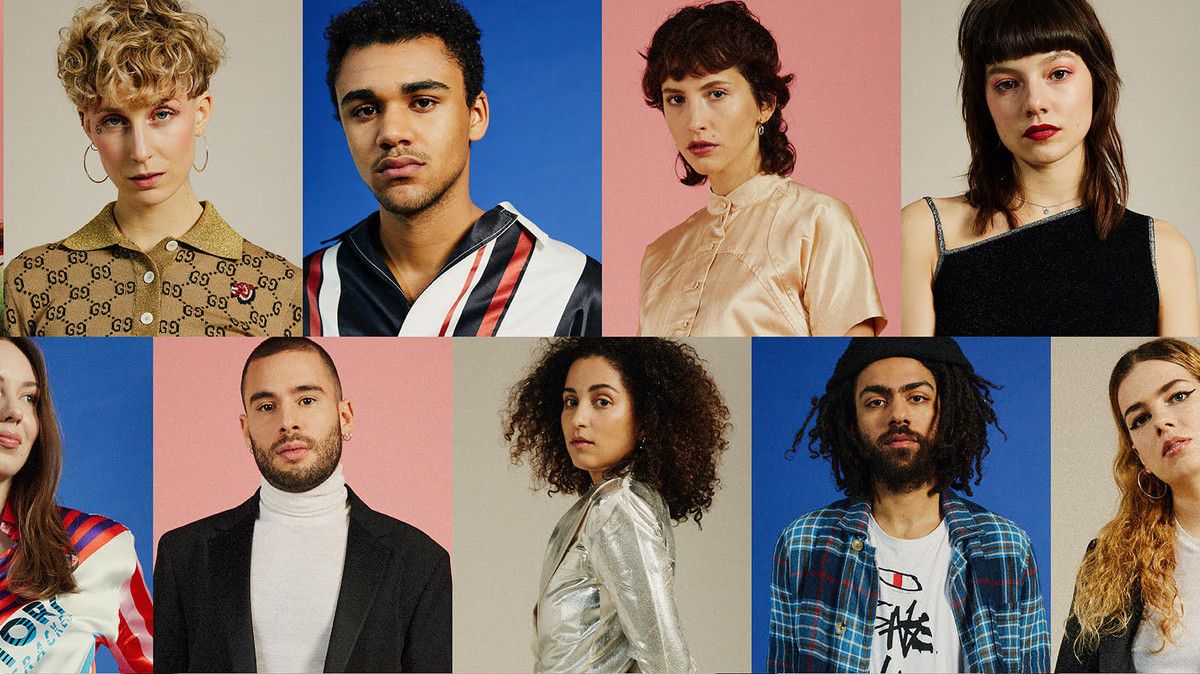 This article was originally published by i-D Germany.

Mobilegirl, producer and DJ "Make a track and I'll buy you an ice cream," were the words of mobilegirl's best friend Mechatok that convinced her to try her hand at producing two years ago. The result, Ice Sheets, quickly made the rounds, leading to a first epic Boiler Room set and gigs around the world (Mechatok still owes her that ice cream, by the way). A few months ago, mobilegirl -- real name Bao-Tran Tran -- released her first EP on Staycore entitled Poise. The record is decidedly quieter than her high-energy DJ sets would suggest, which feature a diverse mix of musical styles. "I love dancing and really cranking up the volume in the club, but that doesn't work at home, so I started working on super melodic and melancholic stuff. That's how the first tack for the EP came about." At the beginning of the year, mobilegirl was put on the roster of the New York power collective Discwoman, which pushes for greater representation of cis women, trans women and genderqueer talent in electronic music. "It's incredible how much my music can inspire people. Even though it might sound a bit corny, this is what motivates me to keep going " says the 24-year-old. "When East Asian women come up to me and say they've never seen a female Asian DJ before, that they never thought they would achieve representation behind the decks, that means so much to me. @mobilegirl Text: Alexandra Bondi de Antoni

Mechatok, musician Dance beats, pop references that steer clear of kitsch, subtle melancholic undertones -- Mechatok's music is really helping to get us through the long, dark winter. With his DJ sets and self-produced tracks, the Munich-born musician is redefining the meaning of pop. "I'm not necessarily a fan of what's going on in pop at the moment," explains the 20-year-old. "So I decided to try extracting the elements I liked and placing them in an exciting cultural context. He has recently returned from touring Asia and is now working on his new EP Skies of Tomorrow, due for release in February. "I've worked for far longer on the new EP than on any previous record. Once you've released material, you've already made a certain statement. Suddenly it plays a role in a wider narrative. My previous releases were very compact and direct -- this time I wanted to take a few detours and bring in some metaphors." Text: Alexandra Bondi de Antoni

Pyur, producer "For me, music is the fabric that binds everything," explains Sophie Schnell -- aka Pyur. "The most beautiful feelings I have ever experienced -- all-encompassing love, complete dissipation, soaring through the universe -- have all been connected to music." The Munich-born producer creates her own brand of techno that is carried along by ambient sounds and complemented visually by her self-produced videos: "There are rules present in my music that even I don't fully understand. Whenever I try, I get frustrated. It's magic. Everything that happens to me in the process of creating an album just makes sense somehow." The 25-year-old producer is currently working on her next album Oratorium for the Underworld, snippets of which she presented at this year's Berlin Atonal festival. She explains that the work is largely about grounding herself. "Many people of my generation are very sensitive, very creative and very free. They sometimes lack that down-to-earth mentality and a certain stability. I was exactly the same. Music has started to change that for me." @pyur Text: Alexandra Bondi de Antoni

Langston Uibel, actor 19-year-old Langston is currently in the middle of production for the second German Netflix original series Dogs of Berlin, which sees two detectives delve into the Berlin underworld on the trail of a murder. Speaking of his passion for acting, he explained: "Acting gives you the chance to do things you wouldn't necessarily get to do in real life." The London-born actor has been following his passion for ten years now, and during that time he has learned one particularly valuable lesson: "You should never stop having fun and should always be wary of drifting into a pseudo-dreamworld, as this is where you can quickly lose yourself." Any tips on how to achieve this? "Don't go into anything with an overly serious, intellectual mindset," Langston advises. "I would always rather be relaxed and have a bit too much fun than too little." @langstonuibel Text: Juule Kay

Sylvie Weber, filmmaker "I want women, people of colour and the LGBTQ community to work together and draw attention to the fact that the film industry is still dominated by men," says Sylvie Weber. The filmmaker's work includes an intimate portrait of Bibi Bourelly in this short documentary film, and she recently accompanied Team Hurricane to the Venice International Film Festival. Her style is the product of a very personal approach, "I studied in India, and my film professor there told me, 'The best stories, whether fiction or a documentary, draw on your own personal experiences.' Being a woman, I generally feel more comfortable portraying female protagonists. I place myself in their world and observe." The result are films that always have a message. "As a storyteller, I have a duty to address relevant socio-political topics." Sylvie explains how she wants to show the diversity and value of other cultures and ideas, taking inspiration from role models including Soviet master Sergei Parajanov and American director Kahlil Joseph. "Both have their own very original and often abstract visual language, and enable the viewer to really delve into the psyche of their characters," she says. @sylvieweber Text: Michael Sader

Rafaela Kaćunić, founder of THIS IS BADLAND This Is Badland is a biannual magazine created by Rafaela Kaćunić and Nina Vukelić. "I wanted to do something that had ties to my Croatian roots," explains Rafaela, "and I could see how much potential was in the creative scene there." In response, she founded the magazine This Is Badland, which puts Balkan culture, design and art in the spotlight. And as soon as she started it, it quickly became apparent that many other creatives from the region had been feeling the same. "There is nothing more amazing than seeing people so motivated to get involved and contribute," Rafaela says. finds it particularly exciting that the majority of those involved in the magazine no longer live in the Balkans, as this is what makes it such a hybrid: "Many people fled the Balkans generations ago, and their kids are now living elsewhere in the world -- pursuing creative passions and contributing to this project." This is Badland encourages artists and writers to explore what the Balkans means to them personally and how it has shaped their attitude towards life. thisisbadland.com Text: Helen Schulte

Paul Herrmann, photographer and filmmaker With his collages of debauched nights and portraits of his best friends out skating, juggling the chaos of everyday life, or at various after-parties, Paul Hermann's photographs feel so familiar. "I try to use my photos and videos to capture a moment," explains the Frankfurt-born photographer. It all started with an old camera he bought at a flea market and now carries around with him constantly. And Paul has also demonstrated his talent in front of the camera, modeling for one of the biggest fashion photographers of our time, Juergen Teller, and walking for Gosha Rubchinskiy's spring/summer 17 show in Florence after catching the Russian designers attention via Instagram. For the 19-year-old, this sums the beauty of being young right now: "The Internet has made age completely irrelevant. You can do anything - all the doors are open." Text: Juule Kay